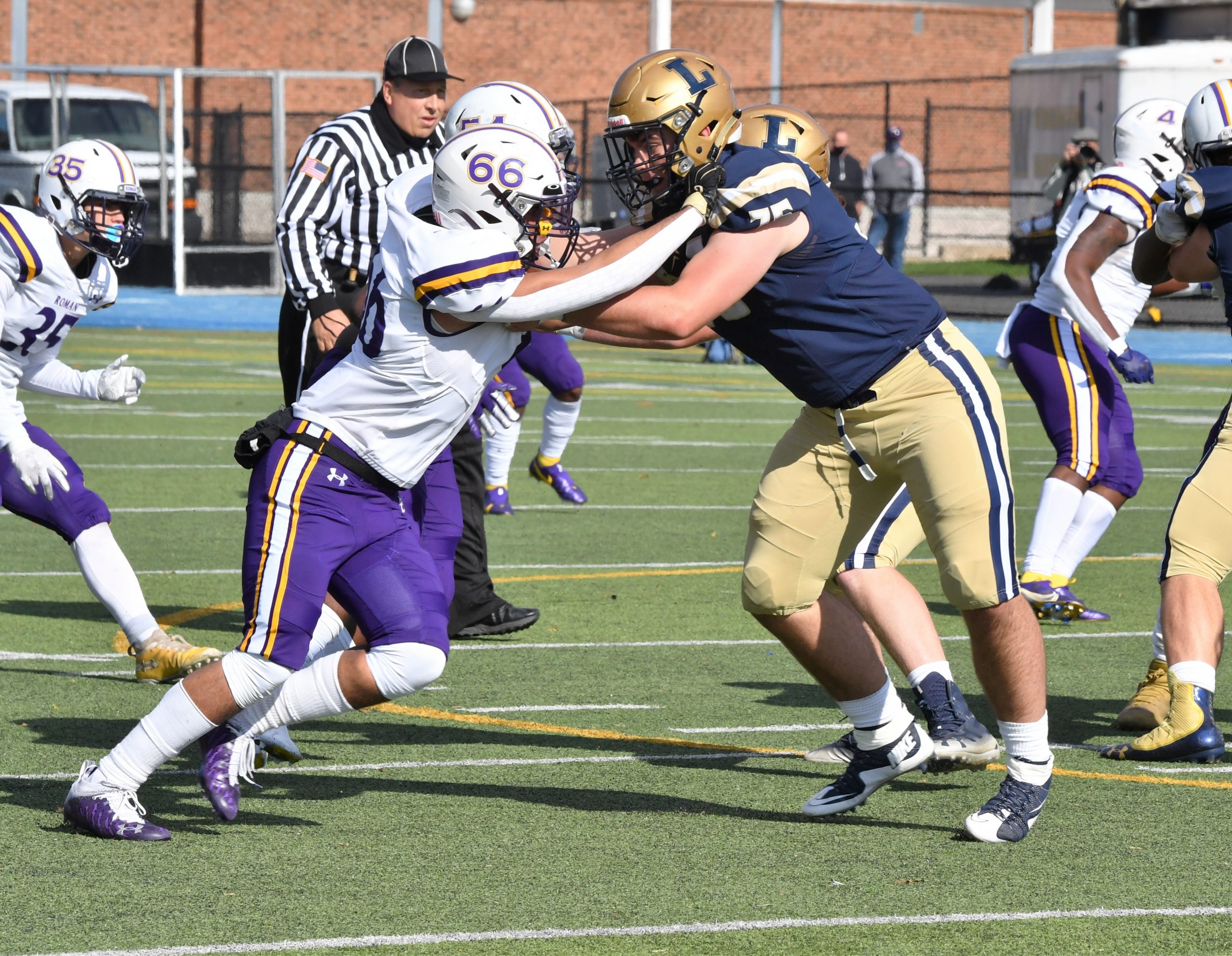 Ryan Wills wanted to play under the brightest lights on the biggest stages in college football. And for the La Salle senior, that meant Penn State.

Wednesday, Wills, a standout 6-foot-4, 265-pound left tackle with the Explorers, announced via his Twitter account he was committing to the Nittany Lions as a preferred walk-on.

“My mindset was I wanted to go big or go home,” Wills said. “I mean, they’re all great schools, they’re all great academic schools, great football schools but at the end of the day I wanted to play the best football that I thought that my skill level could handle and I thought Power Five PWO [preferred walk-on] is what I could do, I could definitely earn a scholarship, work my way towards it every single day.

“But at the end of the day I wanted to be prideful in the school I went to, I wanted to have the fan base just absolutely love the football and the school. And I just felt like Penn State was home for me.”

Wills, a three-time All-Philadelphia Catholic League first team selection at offensive line, had a number of Division I offers and in December picked up preferred walk-on offers from Penn State, the Atlantic Coast Conference’s Miami and Florida State and the Big 12’s West Virginia. But ultimately a few factors swayed Wills, who lives in Maple Glen, to decide on heading to State College.

“It was definitely close to home, I like the weather in Pennsylvania – I wanted to stay there,” Wills said. “They also had my major which was finance and they do it really, really well, they have a really good business school. And that captivated me. I have so many buddies that go to Penn State that say they love it. So it’s going to be great to go somewhere that I already have a group of friends that I can hang out with and stuff like that. So yeah that was the nail in the coffin.”

Wills said Penn State was always on his radar but the interest was rekindled after his senior season with the Explorers. He announced on his Twitter Dec. 11 he received a PWO offered from the Lions.

“It’s been pretty ongoing, I know I visited the White Out game against Michigan last year and we established a little connection,” Wills said. “And then it went a little bit dry throughout like quarantine cause then I guess the D1-AA schools were offering me not like big Power Five schools and then after the season I guess my head coach sent out the film and [asked] would you be interested in him as a PWO and they said yes. And I mean that was that.”

Wills said he made up his mind on committing Tuesday night talking to his parents following a phone conversation with Nittany Lions offensive line coach Phil Trautwein.

“He told me about himself and I told him about myself and I just thought we connected really well,” Wills said. “I mean, he knows his football inside and out and Penn State, I mean growing up watching them, my two Pee Wee coaches played at Penn State, were good ball players, looked up to them a lot and I idolized Penn State since I was a little kid, watching every Saturday so that was my dream school definitely.”

After earning All-PCL Red Division first-team selection as both a sophomore and junior, Wills was an All-PCL first-team pick at offensive line and also played on the defensive line during the COVID-19 2020 campaign that saw the Explorers compete with heavy hearts after the death of senior Isaiah Turner after practice on Sept. 4. La Salle finished 5-1 – winning its first three games before falling to eventual PIAA-6A champ St. Joseph’s Prep then bounced back to beat both Roman Catholic and Archbishop Wood.

“To be honest, this is a season I’ll definitely never forget and a season that I love so much,” Wills said. “It’s a huge tragedy but I’ve never felt closer to a group of guys than what happened to that. The way we came together, the bonds I shared with some dudes I never even knew before the season, I mean it’s pretty incredible.”

Wills said a boost in his play during his senior year came from joining the La Salle wrestling team as a junior. Wills went 25-15 wrestling in the 285-pound weight class, taking first at the PCL Championships, third at District 1-3A and qualifying for North East Class 3A Regionals

“My junior year to senior year, when I watched my junior tape I felt that I was pretty strong, pretty powerful but I felt like I was lacking some athleticism and some foot speed,” Wills said. “So, over junior year, for the first time I did wrestling and that helped me tremendously with senior film. I thought I felt good, I looked good, I was a lot more athletic, footspeed was way up, a lot faster and over obviously quarantine this year we had to get with the o-line a lot so we knew our stuff, we all knew the checks, that the offensive linemen could make audibles, and after that we just had a huge improvement as an offensive line.”

The Explorers offense averaged 27.0 points per game this season, posting a season-best 35 in their opening win over Manheim Township Sept. 18. Per Ed “Huck” Palmer’s stats on easternpafootball.com, La Salle averaged 292.7 total yards per contest in 2020 with an average of 175.2 rushing yards per game.

“At first wrestling, it wasn’t as hard as it is from some kids at first who’s wrestling because o-line you already have like the center of gravity, the lowness and then from what wrestling translated to football was a ton,” Wills said. “I felt like my tenacity, my nastiness just went up. I felt like my quickness, like everything about it, I just felt so much more athletic, I felt a lot more faster, I felt like I was in better shape, I mean I wasn’t tired in games at all. Probably a big reason I could play both ways was because of wrestling and it just made me a way better athlete, way better football player.”

While Wills felt he improved his play on the field as a senior, the recruiting process was a bit of a struggle with the traditional forms of recruiting derailed due to the pandemic.

“It was definitely tough, very tough,” he said. “I had an offer from Maryland and then I thought I was going to break out March and April and then COVID hit so none of the other big Power 5 schools could visit and I couldn’t really talk to them, like only over the phone and then all the D1-AA schools soon offered me in quarantine and then over the summer I wasn’t hearing from like any schools at all so that was really tough. And then I wasn’t really reaching out cause I was really trying to focus on the football season, my senior year of film and I was really just trying to lock in with the teammates.”

The process for Wills eventually ended with him finding his choice in Penn State. And while he will start his collegiate career as a preferred walk-on, he is ready to put in the work to make the most of the opportunity.

“For me, no, there’s no guaranteed spot, there’s something you got to earn,” Wills said. “And I understand that and that’s something I think I can earn so we’re just going to have to work hard every day, get in the study room, get in the film room and the weight room and just work on everything, my craft and just work my tail off.”