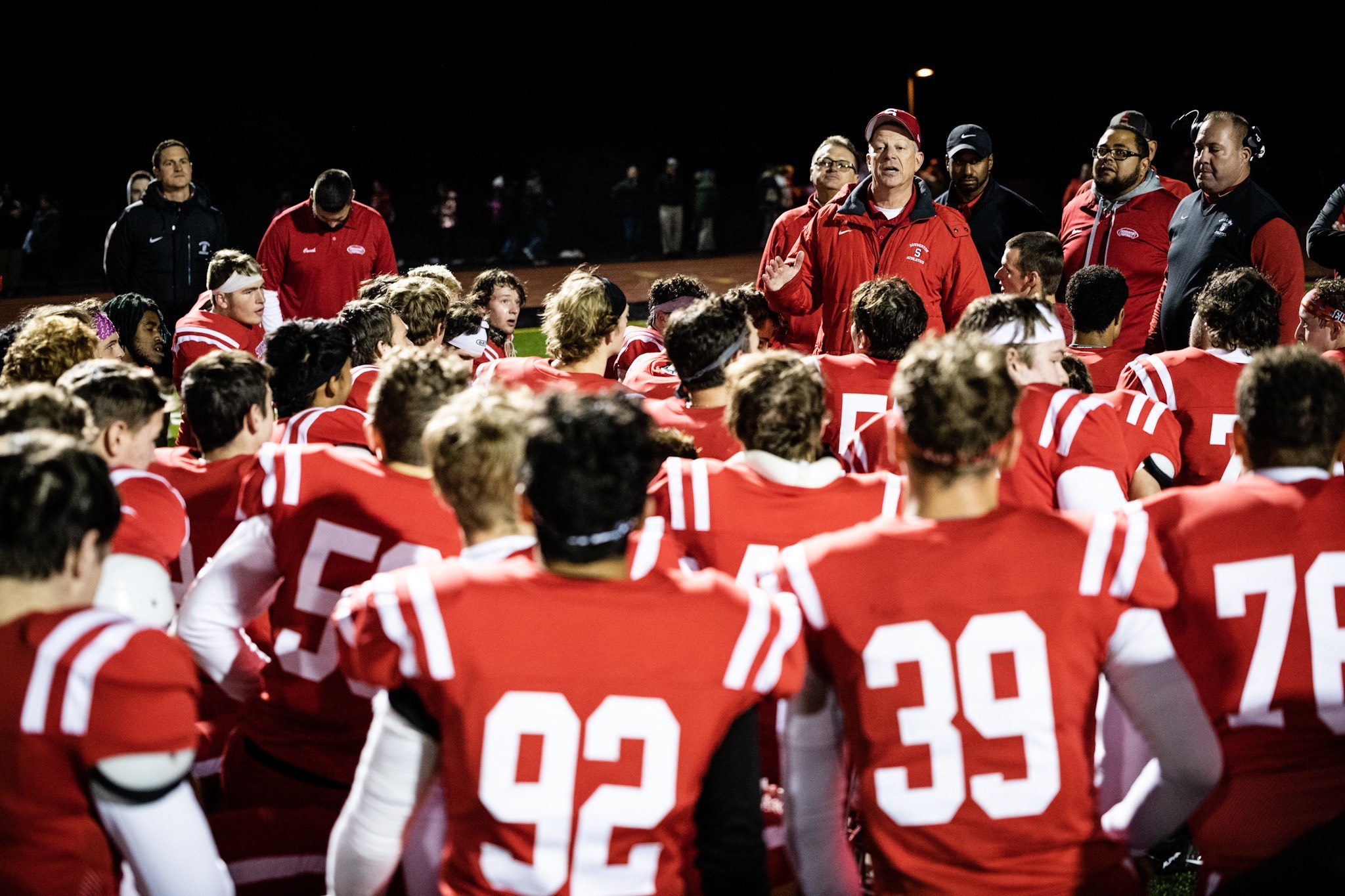 High school football coaches across the state were asked to nominate players to be selected for the second annual Coaches Select All-State teams. More than 200 coaches participated in the nomination and voting process. Gallagher, along with Central York’s Gerry Yonchiuk, were voted Co-Coaches of the Year.

“It was quite an honor,” Gallagher said. “I was honestly very thrilled to see not just my name, but five of our kids on the list as well. It’s a testament to the hard work the kids did, all the sacrifices they made to even have the season let alone to have a successful season. They just stayed the path and took care of what we needed to in our league and fortunately we played really well when we got to the championship game against Pennridge. That certainly helped things.

“That’s the thing that makes it so appreciative – that there were people out there that thought that highly of what my team was able to accomplish this year. I can’t argue and it’s nice to have the respect of your peers. To share the award with Gerry Yonchiuk, who is a fellow member of our Pennsylvania Scholastic Football Coach Association – we’ve both been district directors there so I’ve known him for a couple years. It’s a testament to the way our teams were able to play down the stretch.”

The Indians put together a dominant 2020 campaign. They went 5-0 in the regular season and won the Suburban One League Continental Conference championship before beating Spring-Ford and Pennridge to win the District 1-6A title. Their season ended in the PIAA-6A state semifinals with a 51-43 loss to eventual state champion St. Joseph’s Prep.

“It’s hard to compare total numbers because we only played five regular season games and then three playoff games,” Gallagher, who’s been at Souderton for 18 years and reached the 100-win milestone this season, said, “but overall an undefeated regular season and a district championship is really hard to top – definitely our best season.”

Gallagher grew up in Allentown and played high school football for Allentown Central Catholic. He played collegiately at Gettysburg, where they ran the wing-t offense. He’s been coaching the wing-t ever since.

Gallagher’s coaching career started at his alma mater, Allentown Central Catholic, where he coached for seven years and soaked up knowledge from four former head coaches on staff. He went on to become Pennridge’s offensive coordinator before getting the head coaching job at Souderton.

Two Souderton players were selected to the PFN 6A First Team – running back Jalen White and nose guard Aonghas Evanick. White ran for 144 yards and two touchdowns in the Indians district championship win over Pennridge.

Archbishop Wood and Methacton each had one player selected to the 6A First Team – Vikings defensive end Rob Jackson and Warriors defensive athlete Brian Dickey.