Souderton enjoying the view from the top in District 1-6A 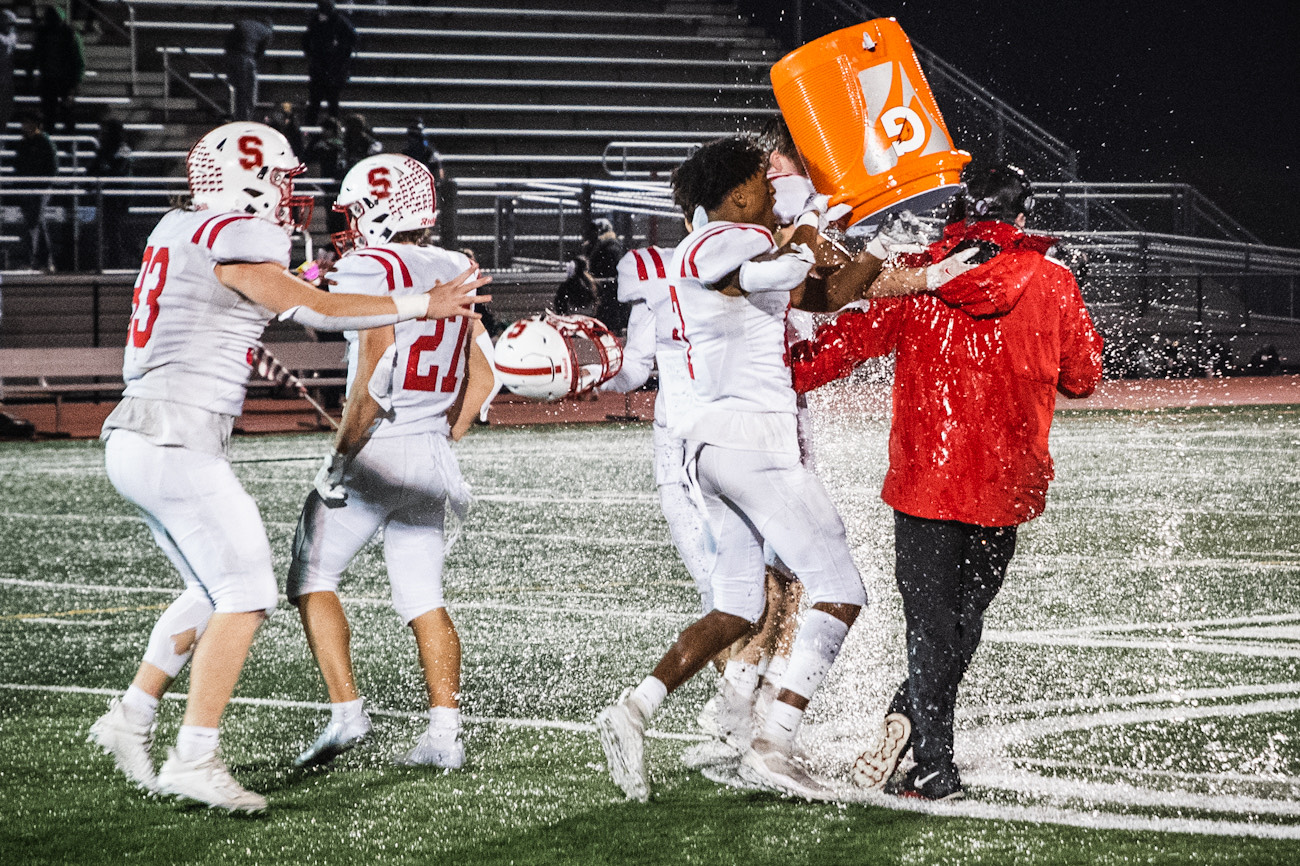 Under coach Ed Gallagher, the Souderton Area football team has accomplished many firsts.

Last Friday, Big Red captured its first District One title, with its 31-17 victory over rival Pennridge. It was only fitting that Gallagher was the one to guide Souderton to the summit, since he coached them to their first playoff game – and victory – back in 2006.

“We beat Downingtown East 42-14 in that game, and I felt that the expectation for the program would be to get there and win games every season,” the coach said. “Unfortunately, it took us 14 years to win another playoff game. To win the first district championship in school history is extremely satisfying, and I’ve heard from so many people in our community about how proud they are of our team.”

Souderton is in the midst of a remarkable season. Big Red went a perfect 5-0 in the regular season, captured the Suburban One League Continental Conference title, and defeated Spring-Ford, 27-24, and Pennridge to ascend to 7-0.

“I knew that we would be good this season, but I wasn’t thinking we’d have a shot at being district champions after losing so many key seniors from last year’s team,” Gallagher said. “It’s a credit to our current seniors who followed in their footsteps and led the team all year with hard work and a determined spirit.”

Said Jalen White, Big Red’s senior halfback: “To bring a district championship back to Souderton means everything in the world to me and everyone on this team. Going 8-3 and going to the playoffs (in 2019), then this year going undefeated, beating the odds, being crowned conference and district champs, it’s unreal.”

“This championship means so much for our community and former players,” senior quarterback Evan Kutzler pointed out. “We’ve been waiting a long time to get our chance at the district title and prove everybody wrong. Throughout this whole season, there has been nothing but support from the community to our players and coaching staff, and it feels great to be able to put our names in Souderton history and bring a championship home. There’s no better feeling than coming out on top.”

Souderton has distinguished itself by advancing to the state’s final four.

Said Gallagher: “It’s honestly still sinking in – the first state playoff game in school history against a team who has won the state title three of the past four seasons.”

Big Red takes on St. Joe’s Prep on Saturday at 12 p.m. at Cardinal O’Hara. It’s another first for Souderton, as Gallagher has the Indians preparing for their first ever state semifinal.

“St. Joseph’s Prep has an extremely talented football team,” he said. “We can’t afford to get into a shootout with them – we will need to control the football and play sound defense to have a chance.

“I know that our coaches and players are certainly looking forward to the opportunity to play such a prestigious program.”