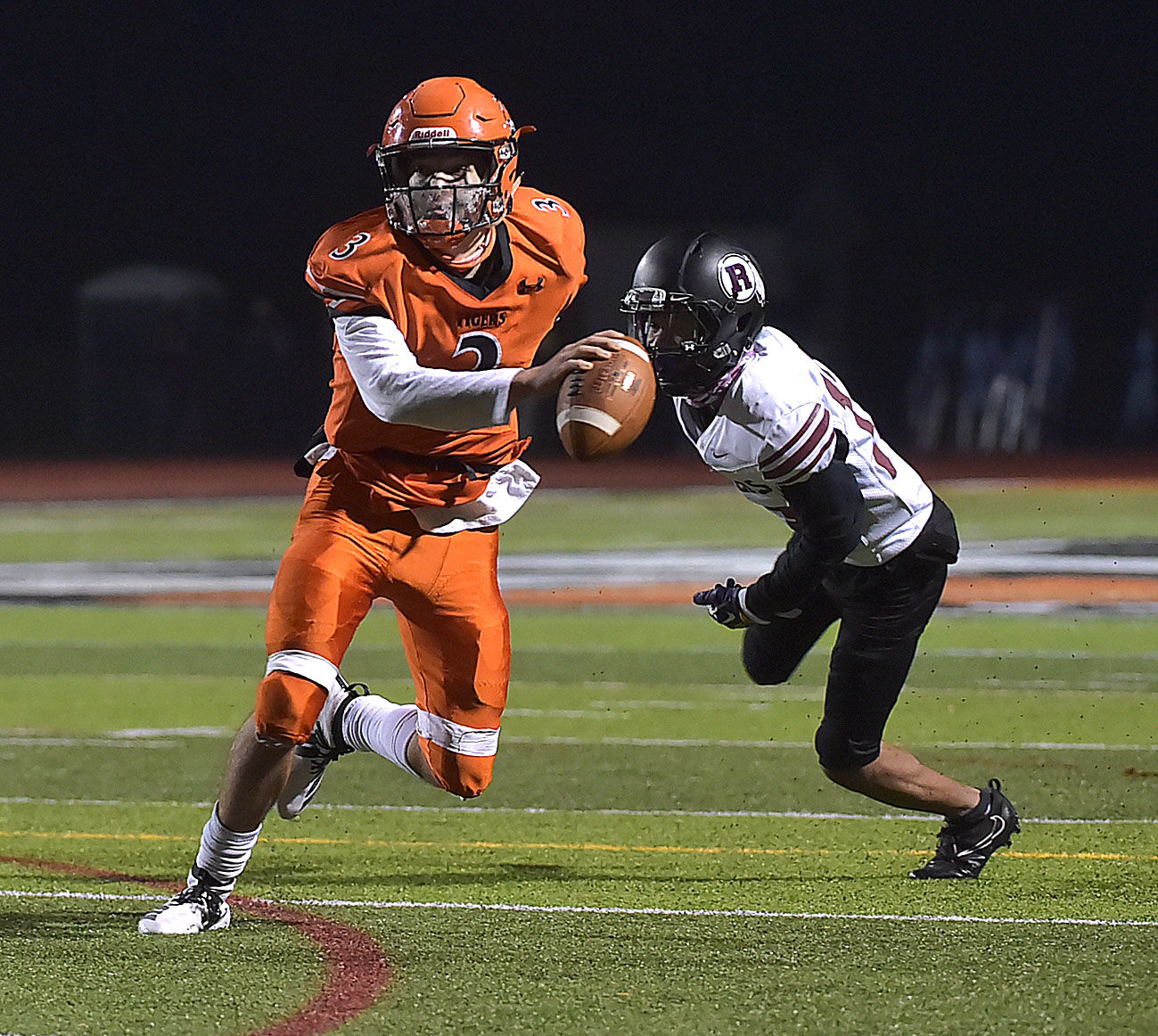 Paoletti threw a touchdown pass, returned an interception for a score and nearly tallied on a quarterback keeper to lead the Tigers to a 21-14 success over Radnor in a bruising Central League game that wasn’t decided until late in the fourth quarter.

Paoletti set the tone with a pick-six of Raiders counterpart JP Moreland barely three minutes into the game. He sealed the decision with an interception at the 3-yard line of the Tigers with 3:39 remaining.

“This was actually my first game playing corner,” Paoletti said. “It was second down and long, and I saw it all the way. The second ball was tipped and I just kept my eyes on it.”

The game was tied at the half, two touchdowns apiece.

Moreland, a lefty, lofted a bomb down the left side to Jahmir Dixon, who reached the 2-yard line. That set up the first of two scoring runs by Raiders senior Scott Belveal.

Paoletti followed with a 24-yard touchdown pass to Eric McKee, but the Raiders, with 3:18 left, collected a fumbled punt. Belveal bolted 46 yards on a trap play to tie the game at 14.

“Gavin Holtz opened the hole real nice,” Belveal said. “I was able to skirt right through and get to the sideline and make it happen. We gave it our all. They just outplayed us tonight.”

It looked like the Tigers (4-0) would take the lead again when kicker Jimmy O’Brien lined up a 24-yard field goal attempt late in the third quarter. The Raiders stopped their hosts on what had been first-and-goal at the 5. But the kick was wide and Radnor was pushing the ball up the field when the quarter ended.

Charlie Box for 4 yards to give MN the lead 21-14 pic.twitter.com/4d5LdXWysv

Johnnie Ebert’s sack of Moreland on third-and-10 forced the punt that set up the game-winning drive for the Tigers.

Charlie Box rushed for 23 yards on seven carries, including the final four yards to cap a grinding nine-play, 58-yard march. Box’s touchdown made it 21-14 with 5:18 to go.

The Raiders did a stellar job of limiting Box, Paoletti stepping up his game to offset the difference on the ground, typically with keepers or pump fakes while rolling out.

“They were coming after him, so I thought I’ve got to take matters into my own hands,” Paoletti said. “It was my time to run. Usually he’s the runner. I was just trying to move the defense around and find some open space. This was huge. We’re trying to go 5-0 to play in the (Central League’s) 5A championship and this was a really tough team on our schedule, and we came out on top. So, we’re one step closer to getting to that championship game.”

After the game, Radnor coach Tom Ryan applauded his players for “an unbelievable effort.

Gicking was proud of his players hanging in to win “a really good high school football game.

“I said to (Ryan), it was like a heavyweight fight, a knockout fight going back and forth, just delivering back and forth,” Gicking said. “That’s what you want high school football to be like. It was two teams battling. I’m just proud of the kids the way they kept battling and never gave up.”

In terms of the milestone, Gicking, now No. 4 in Marple Newtown football coaching history in wins, thanked his team for making 50 victories possible.

“That’s a credit to the kids that are in the program, the coaches,” Gicking said. “That’s where the attention should go.”