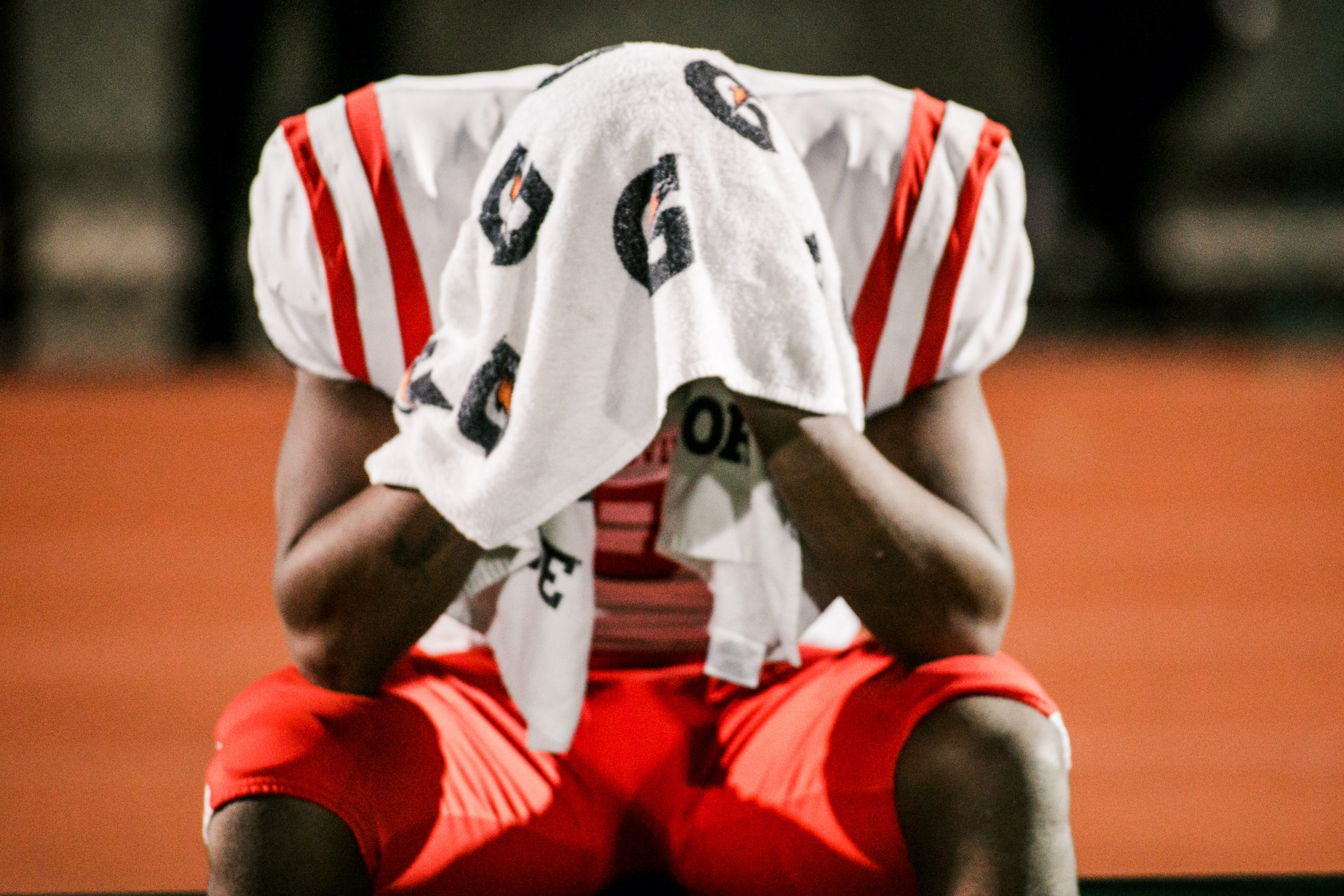 Coatesville was grateful for the opportunity to compete, but that appreciation did little to match the disappointment that was felt after a heart-breaking loss, Friday night.

A back-and-forth contest between two undefeated teams made for a classic of a ball game, but the Red Raiders (4-1) will need some time to get over some of the mistakes that cost them a potential trip to their fourth straight district final.

Pennridge (6-0) scored on its first play from scrimmage, on a 64-yard pass from Bobby Croyle to Adam Mossbrook.

Coatesville responded, thanks to a roughing the passer on a failed third-and-15, and then a muffed punt, five plays later. Boulder Eubanks found Stewart for a 14-yard score later on the drive, to even things up.

It was the Red Raiders who then handed Pennridge another chance, the following drive, when they called a timeout to prevent a penalty for 12 men on the field, only to come out with 12 men on the field, after the time out. The penalty gave the Rams a first down and they scored on a 55-yard pass play the next play.

Even though Harrison Susi to Damonte Reason tied things up on the next drive, those mental miscues and explosive plays haunted the Red Raiders all night.

“That’s on me,” Coatesville coach Matt Ortega said. “We knew (Pennridge) was a run-heavy team and they did a great job knowing if we were heavy against the run, they could take care of some things in the pass game. Hats off to them, they made some good plays there, and I have to do a better job.”

Pennridge took a 17-14 lead early in the second, but it appeared to be only briefly. Lebron Bessick returned the ensuing kick for a touchdown, but it was called back due to a block in the back. That forced Coatesville back to its own three, and Susi was tackled in the end zone the next play for a safety.

Then, after pinning the Rams at their own three, Villanova recruit, Shane Hartzell, took his first carry of the game and raced 97 yards to give Pennridge a 12-point lead.

“The kids played so hard, but we beat ourselves in the first half with mistakes and penalties,” Ortega said.

Susi and Reason hooked up for a second score just before half, to make it 26-20.

The third quarter was more of the defensive battle many expected, but late in the session, the Raiders had some fortune fall their way. Francisco Hall tipped a screen pass by Croyle and Quadir Jacobs ended up with the ball. It was ruled an interception, and while the referees did not have the benefit of instant replay, the ball appeared to bounce off the turf first.

The Raiders capitalized when Tommy Ortega hauled in a 25-yard TD on a fourth-and-15, to give them their first lead, 27-26.

Coatesville’s Quadir Jacobs was awarded an interception on the play, though the ball bounced off the turf. (Nate Heckenberger – For MediaNews Group)

Pennridge drove right back down the field and regained the lead with another field goal, but Bessick raced 90 yards on the kickoff to put Coatesville back in front, 33-29, with 5:39 to play.

The Rams had a third-and-18 at their own 41, and picked up 19 in the next two plays before Jack Ferguson snuck by Coatesville on a quick-hitter up the gut for a 40-yard TD, with 2:44 to go.

Jack Ferguson breaks free for a 40-yard touchdown, which would prove the game-winner for Pennridge. (Nate Heckenberger – For MediaNews Group)

“You think about what the kids have gone through this year, week to week, with covid and the election, and everything they have to deal with,” Matt Ortega said. “It’s a meat grinder, and hats off to the teams who get to play games like this with this type of adversity.”

Coatesville was out-gained 506-213, but was just 40 yards away from the winning points. Susi’s final three passes were incomplete, but the future is bright for a square with a young, talented core.

Matt Ortega said Coatesville does not intend to schedule anymore games this fall.