Springfield scores in waves in win over Harriton 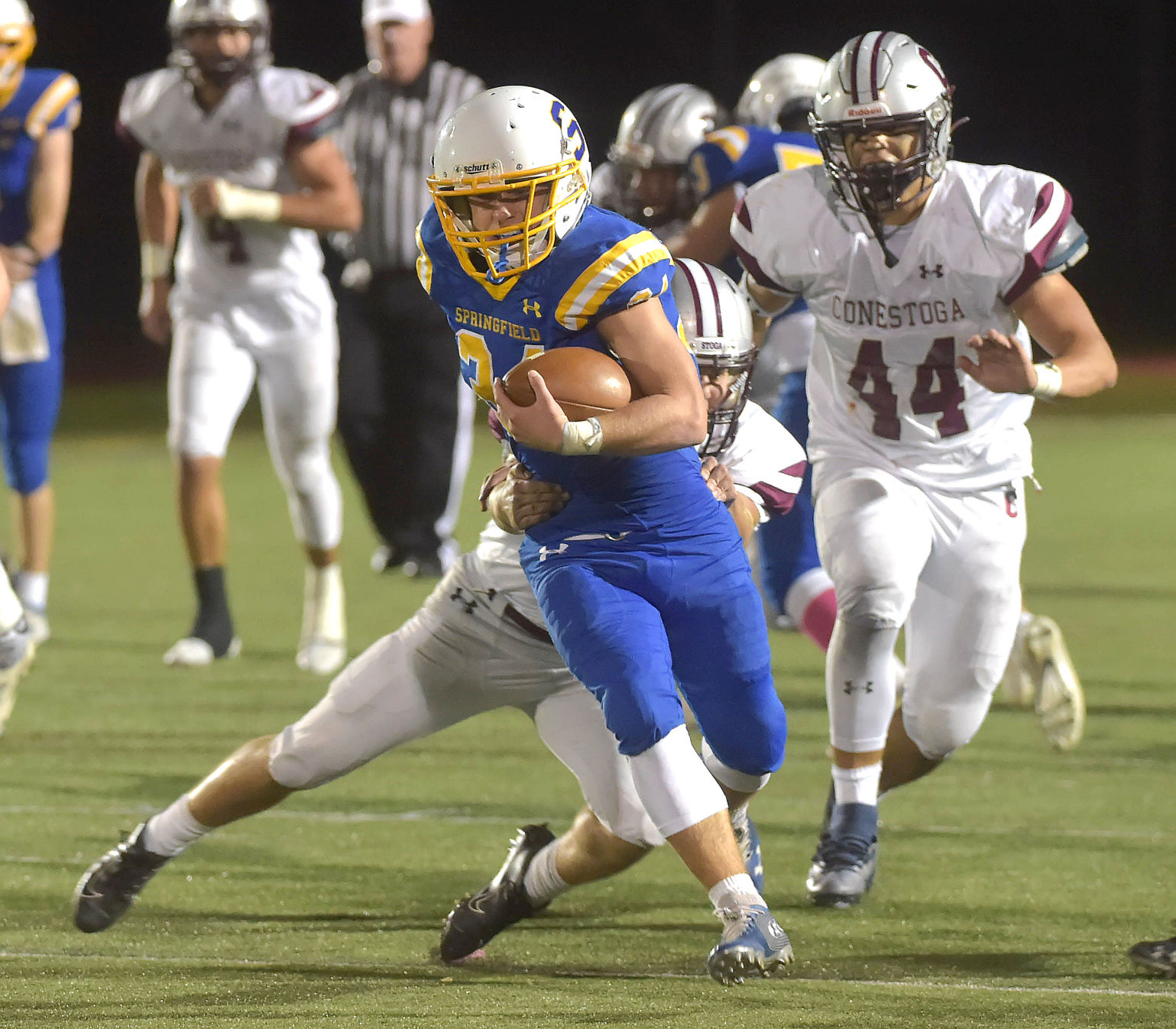 The Cougars topped the 40-point mark for the second straight week with a 47-0 victory over Harriton at home Friday night.

Running backs Jayden Baiden and Jack Clark combined for five TDs to keep the Cougars undefeated in the Class 5A division of the league. Baiden ran for three touchdowns and Clark added two scores on the ground.

Zack Tropiano hauled in a TD pass from quarterback Jake Rama and linebacker Mike Grapin had an interception to pace the defense.

The Cougars are back at home next week against Radnor (1-1), which knocked off Penncrest Friday night, 28-6, for its first win of the season.