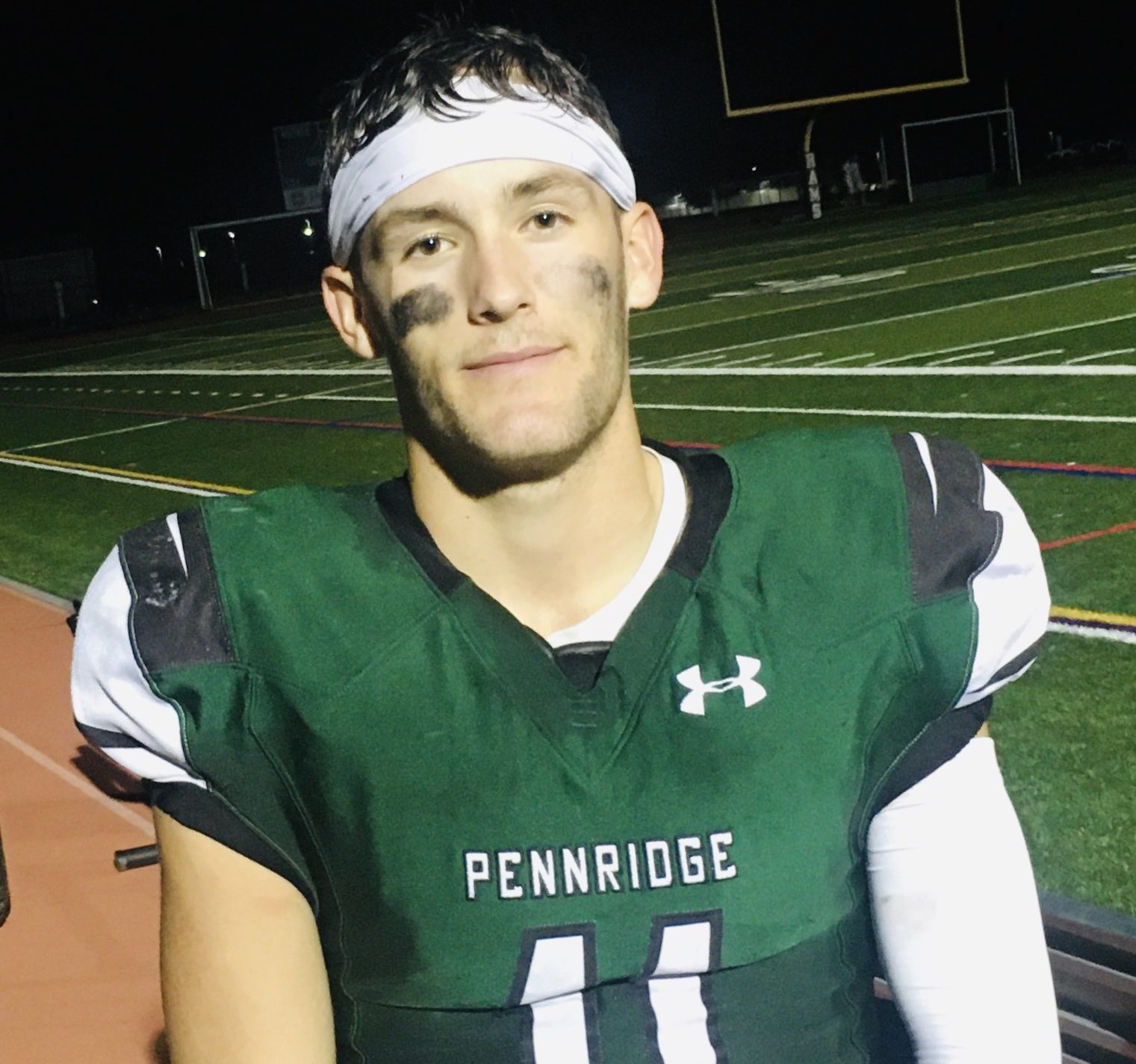 On the very first series against the Titans, Croyle sprinted free for a 27-yard touchdown.

“That was a great way to open up the game. It gave us a lot of momentum,” Croyle said. “It was great blocking by the offensive line and a new play we put in. Hopefully we can stick with it.”

Croyle racked up 70 yards rushing and the Rams stampeded for 368 yards on the ground as a whole, as Pennridge earned its third straight shutout, a 32-0 victory over the Titans in a Suburban One League National Conference battle.

“When I drop back to pass and see that nothing’s there, coach (Muller) wants to see me run a little bit more,” Croyle said. “Both touchdowns were designed run plays. I got going downhill, got some good blocks, and I was off.”

Croyle’s second touchdown – a one-yard sneak – came after a field goal by Brandon Shire and a safety by the defense, boosting the lead to 19-0 in the second quarter.

Croyle also mixed in a pair of timely passes on two of the scoring drives.

“We’re averaging like 300 rushing yards a game so it’s nice when we can change it up a bit and throw some new stuff at the defense, keep them off balance,” the quarterback said. “For how little we have to use (the passing attack), we’re efficient with it.

“Whether I throw 10 passes or five, if we can connect on those, it gets the defense so much more off balance. When they load up the box, we can call a couple pass plays, and that spreads them out. And then we can run it down their throat again.”

The Rams (4-0 overall and 4-0 in the SOL National) added two more big bursts: a 14-yard TD run by Brayden Landherr and a 55-yard touchdown run by Dillon Powles, making it 32-0 in the third quarter.

Said Muller: “We wanted to try to establish the run early. That’s what we’ve done in every game so far and I think our o-line did a great job of getting off the rock and being as physical as possible. And our running backs do a great job of finding the lanes and making the moves.”

Powles rushed for 102 yards and Elias Dantzler had 98. Several others contributed.

“Pennridge is one of the best teams in (District One) and they showed that tonight,” Titans coach Tom Hetrick said. “They just executed really well and we didn’t do that. We did a heck of a job between the 20’s but we couldn’t punch it in.

“I’m glad the kids battled for four quarters. Jason Christiansen gave his usual great effort but we just didn’t finish off our drives.”

Christiansen had 79 yards rushing and Carter Hallgren completed 17 of 27 passes for 136 yards, but the Rams turned the Titans (2-2 overall and 2-2 in the SOL National) over on downs three times in the first half.

Croyle’s first touchdown came barely four minutes in and the Rams were off and running.

“We had that in this week and Bobby’s a great athlete and an underrated athlete,” Muller said. “He’s a two-sport guy, plays baseball and does a great job there. He can move a little bit. And it opens things up for us.”