Happy to be back on court, Pope John Paul II sweeps Upper Merion 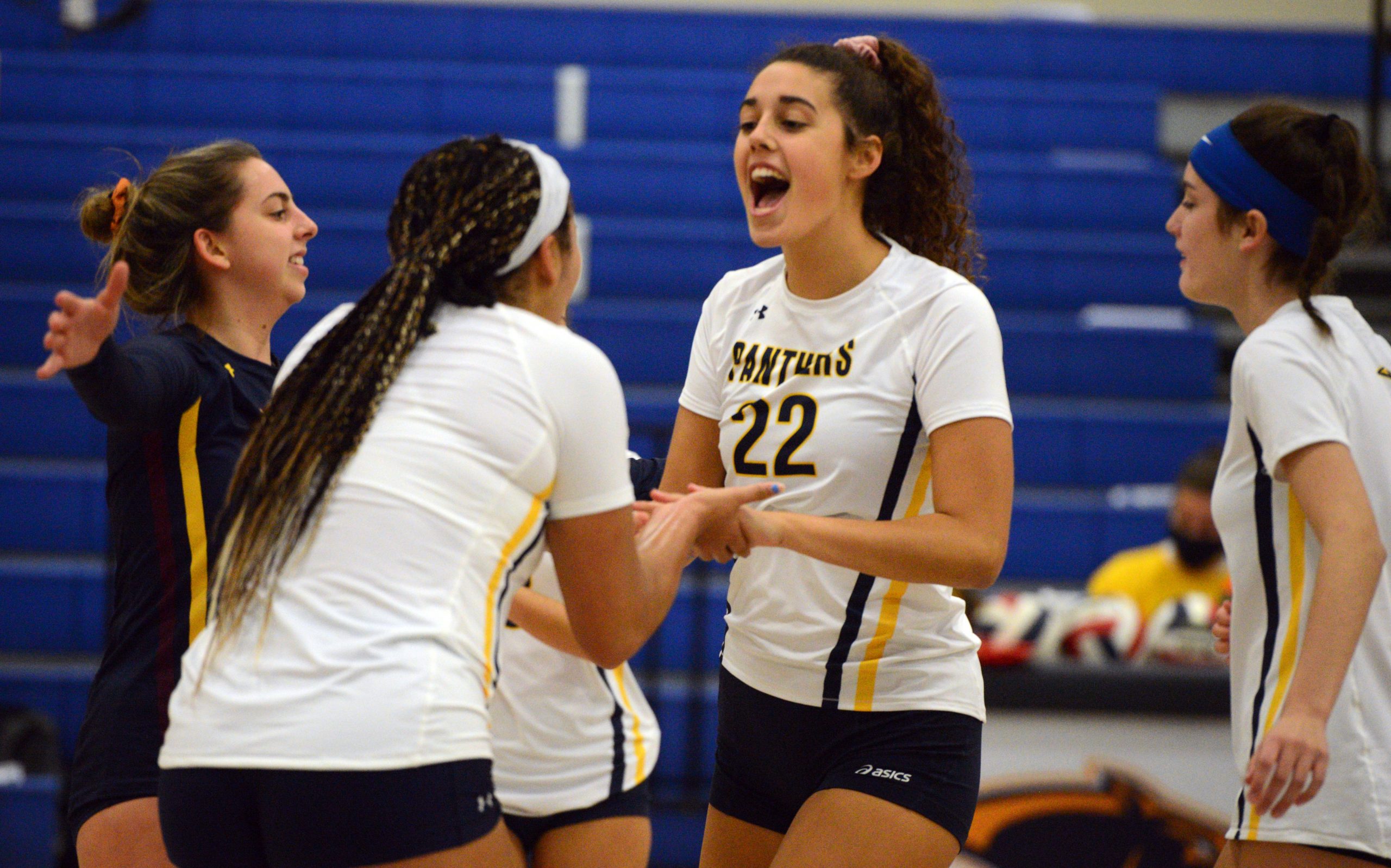 Chelsea Harvey said there were plenty of tears — happy of course — when she found out the Pope John Paul II girls volleyball team would have a season this fall.

Then came a phone call to fellow senior Hanna Tulli and some more joyful waterworks.

Like several other local programs, the Golden Panthers’ girls volleyball squad didn’t think they’d have a season at one point this fall. Now, they’re enjoying every opportunity they get to take the court, particularly a senior group that includes four-year starters Harvey and Tulli.

The Golden Panthers, who have eight games scheduled, won their second straight match to open the 2020 season Monday, taking out typical Frontier Division rival Upper Merion 3-0 (25-14, 25-7, 25-14) in the Vikings’ opener.

“We were just so excited. It was the best feeling to find out (we were having a season),” Harvey said. “It’s what we’ve all been working for.”

PJP and Upper Merion both got a late start to the season as their school districts — or in the case of PJP the Archdiocese of Philadelphia — decided to opt out of fall sports at the beginning of the school year.

The decisions were later reversed, but a delayed start kept both squads out of the official Pioneer Athletic Conference season and out of official competition until last Wednesday against Phoenixville for PJP and Monday night’s game for Upper Merion.

While Upper Merion currently only has three games listed on its schedule, the Golden Panthers will play eight games in a 12-day stretch as they try to qualify for the District 1-3A tournament beginning Nov. 2.

“We have a pretty competitive schedule ahead of us, but we’ve been working so hard in the gym so I think we’re prepared and ready to take on the competition,” Tulli said. “I’m so grateful. I know this season isn’t everything we expected and there’s a lot of limitations, but I’m just so happy we’re able to play and compete to the best of our ability.”

“We were disappointed we couldn’t be in the PAC to defend last year’s championship, but hey that’s the way it goes, we’re still playing,” PJP coach Ryan Sell added.

Opening with the reigning PAC and District 1-3A champs was a difficult challenge for UM coach Tony Funsten’s inexperienced squad.

Hutchinson, who made several terrific digs, did her best to help keep the Vikings in the contest, including a stretch of serves that helped UM go up 11-4 in the third set before PJP reeled off 21 of the next 24 points to close out the match.

“We’re doing the best we can, and I think we’ll get a little bit better as we move along, but there’s no games, no scrimmages, nothing to hang your hat on, and we’re not deep,” Funsten said. “With someone like Pope John Paul, their practices are better than this match because their second team is almost as good as their first team.

“We can’t simulate that. We can’t simulate Pope John Paul and having no scrimmages makes it even more pronounced. We’ll just do the best we can and as in every sport, then we get better each and every time out, and I think we will. We’ve got a great group of kids and that’s why I coach.”

PJP has been scrimmaging quite a bit in practice in order to make up for its abbreviated game schedule prior to the postseason. Sell concurred that the Golden Panthers’ practice games are really competitive due to the depth of his squad.

He mentioned versatility is the strength of this year’s group as along with having a deep roster, lots of girls can play different positions. Sell noted he’s confident with as many as 15 different lineup combinations. PJP played 17 girls on Monday night.

“What I’ve seen is we have a lot of kids who can play,” Sell said. “What we need to improve upon is just communication within ourselves. Some kids are quiet. We need to be able to open up a little bit and just be able to communicate openly and freely with each other about what’s going on about what we see.”

The District 1-3A tournament is just a four-team bracket this season, and only the district champ advances to the state tournament. That means in order for PJP to extend its abbreviated season, the Golden Panthers will have to continue to rally off wins.

PJP won a district championship last season before being bounced in the PIAA Class 3A quarterfinals for the second year in a row. Harvey and Tulli hope to end their impressive careers with an even deeper run this season.

“I know that we can’t really compete for the PAC championship, but taking it far in districts and states is all we can hope for,” Tulli said. “Playing hard in practices has really paid off in the last two games.”

“We want to be the best and I think that’s what’s going to separate us,” Harvey added.