Plymouth Whitemarsh football back on after school board vote 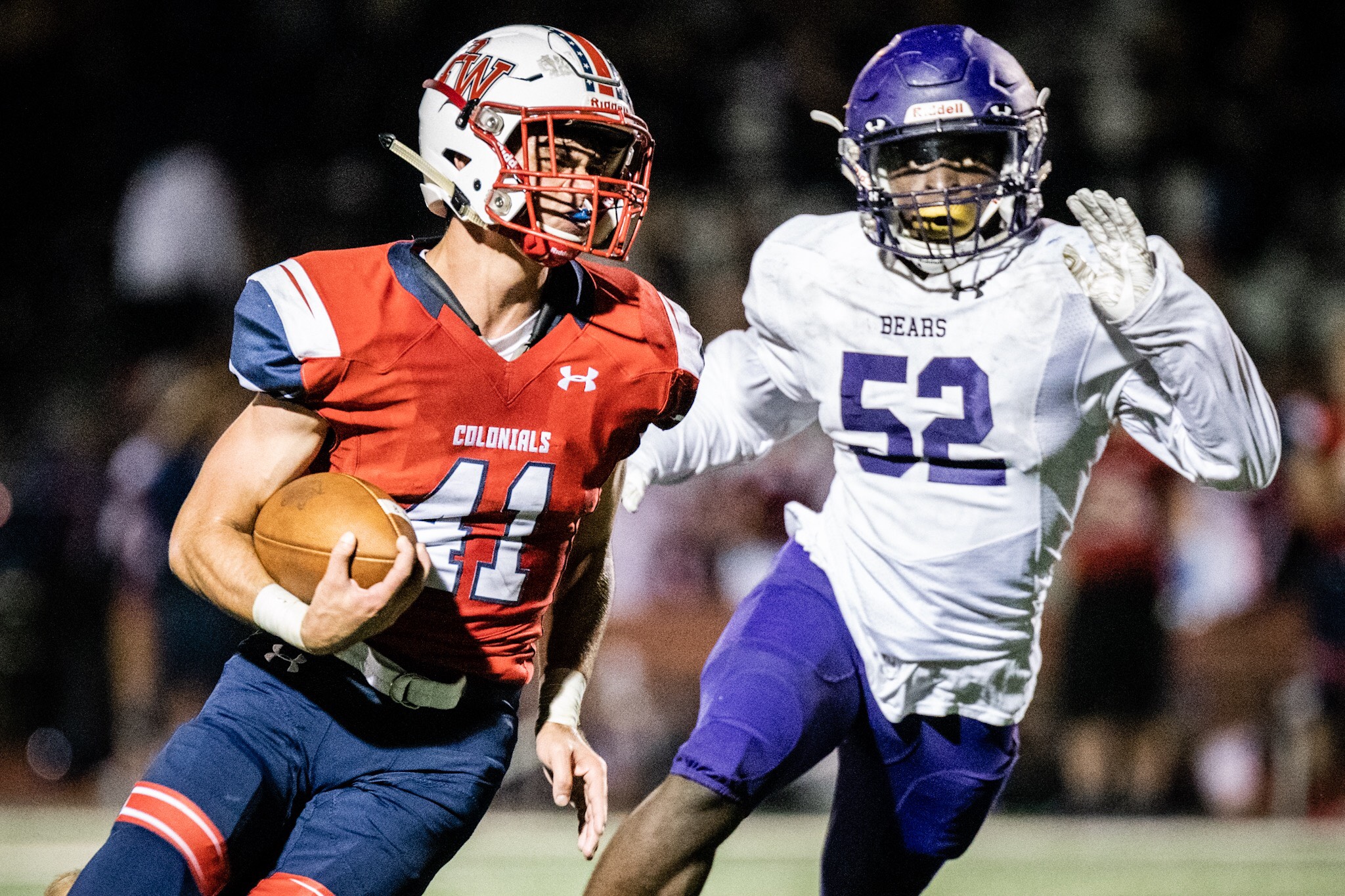 The reason — the work had a lot more purpose. The Colonials’ season is back on after a vote by the Colonial School Board Thursday night.

“Seniors were really pushing themselves. They were down in the dirt and looking sad and upset every single practice because they’re like ‘What are we here for, I mean we’re not even going to be playing?’ said Duran in a phone interview Friday. “But now today it was just you could tell that everybody was awake and everybody was happy to finally be officially back and it was just a good moment.”

The exception paves the way for a gridiron season at PW. Under the county’s guidance football is considered a higher-contact sport with games not recommended until a weekly COVID-19 case incidence less than 10 per 100,000 and testing positivity below 1%. Moderate-contact sports can play with stable and declining weekly case incidence and 1-5% testing positivity, which is where Montgomery County currently stands.

“I do think do that because it’s outdoor, because the season has been reduced to four or five games when we normally play nine or 10 and that we’ve had a stable rate and then also because the student-athletes will have screenings before each and every practice and we will communicate with the other teams about their screenings before any games that we can proceed,” said Colonial School District superintendent Dr. Michael Christian prior to the vote in Thursday’s meeting. “These are life events and life moments for seniors and so we did allow others sports such as field hockey and soccer and so that’s the reason for the change.”

During the meeting, Christian stated the first game for the Colonials was to be Friday, Oct. 9. The Suburban One League — which voted Aug. 28 to play fall sports — is set to begin games Friday, Oct. 2.

The SOL had realigned its three football conferences for 2020 as it added Lower Moreland and New Hope-Solebury in expanding to 24 schools. With Lower Moreland not joining for football until 2021 and Cheltenham opting out of fall sports, the SOL American Conference currently consists of Plymouth Whitemarsh, New Hope-Solebury, Springfield-Montco, Upper Moreland, William Tennent and Wissahickon.

“I was just thinking what’s going to happen, what if it ties, what if this and that and it was just a surreal moment I guess,” said Duran of watching Thursday’s meeting. “Because how everybody felt, especially how I felt, I was completely just destroyed after we found out it was cancelled and to see that they’re letting us play again it was crazy, especially with everything that’s been happening it definitely a good sight to see, a good feeling to have.”

On Aug. 27, the school board voted 9-0 or continuing the district’s sports under the county’s Guidance for Sports and the district’s Athletic Health and Safety Plan but in not considering high-contact sports than same as moderate-contact ones, it left football on the sidelines while PW’s other sports were set to have regular seasons until the board’s decision Thursday.

A day after the Aug. 27 vote, PW football players and parents held a rally in support of playing a season outside the school then held another two days later.

“It was very awesome,” Duran said. “I didn’t know how big our PW sports were until this. I mean even every single sports that was playing they still helped, came, supported us, spreaded the word out to people that were outside of the state, other side of the country, it was just crazy how big PW football really was instead of just I always thought it was people in our town that knew about us, that cared for us, that supported us. But now you could tell it was everywhere.”

Duran, a senior who was an All-SOL American first team tight end and second team defensive end in 2019, said during this past week the team began to feel the vote for them to have a season would be in their favor.

“Coach (Dan) Chang was telling us ‘Hey keep your heads up, it looks better and better every day as I hear more and more that the board’s talking and stuff,’” Duran said. “So it was a slow buildup but yeah it looked like it was going to happen from probably Wednesday. It was like, OK yeah, it’s definitely happening now.”

Plymouth Whitemarsh is coming off a 9-2 season in 2019 — its first winning season since 2016 — in which it finished second in the SOL American at 5-1 and won its first District 1 playoff game in two decades with its 56-42 Class 6A first round win over Abington.

“It’s just like a really, really good feeling to be able to really show what our class can do and what this team can do,” Duran said. “Because last year we lost a lot of seniors so this team is pretty much brand new when it comes to players and it was just all the juniors last year that didn’t really get to play varsity snaps were finally getting their start and getting play time for their senior year. And then for it to be cancelled it was just devastating. Now that we are playing it’s like hey everybody finally has that shot that we’ve been looking for.”