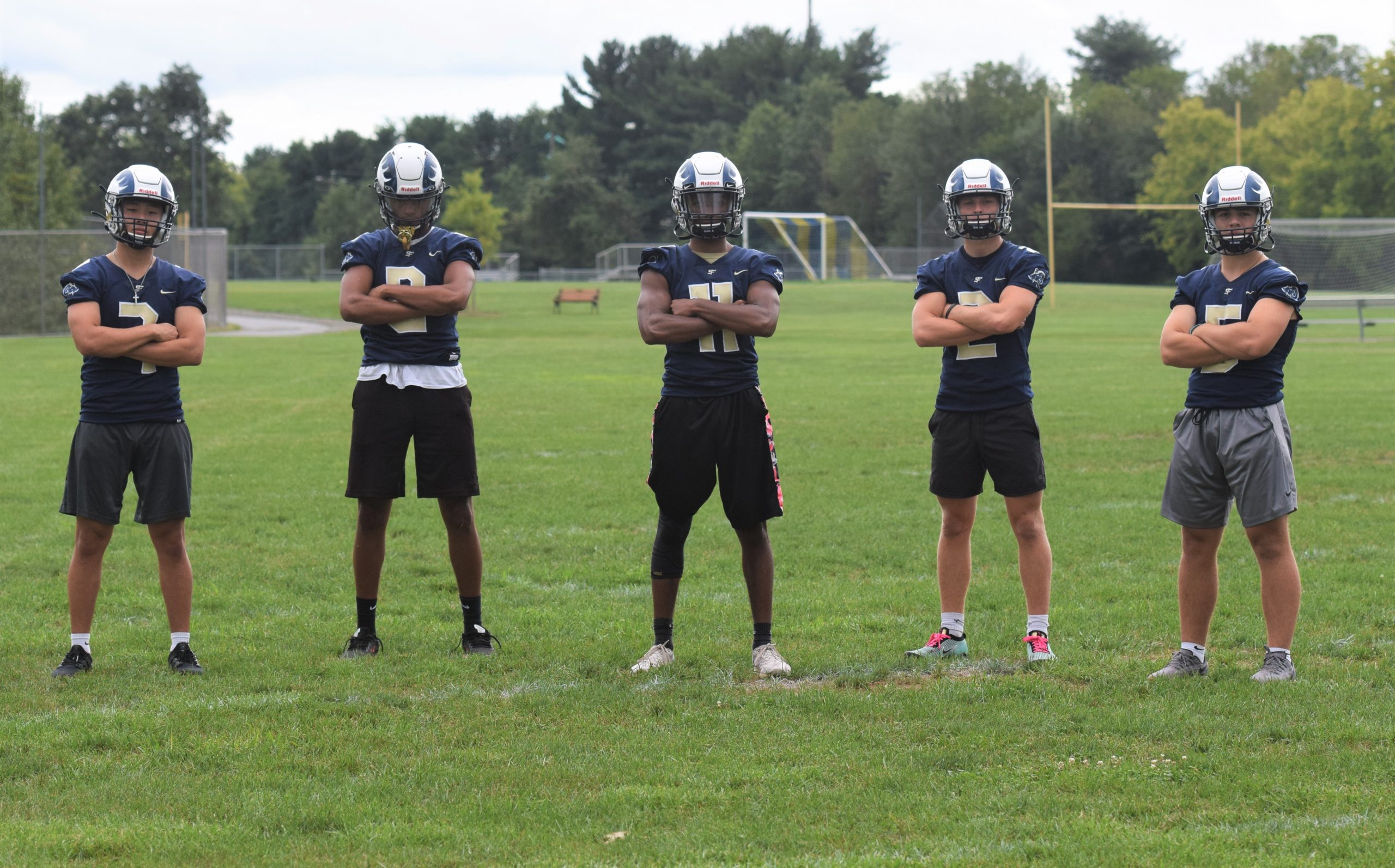 Typically, high school football previews go one of two ways – effusive praise for the experience of a high school football team who has a multitude of returning starters and is primed for a big year, or hopeful optimism about a bunch of brand-new players in unfamiliar positions as a team attempts to reload.

For the defending PAC champion Spring-Ford Rams, we’ll get to do a little bit of both.

The Rams are looking to replace at least one All-Area level performer at each level of their offense and defense in 2020, but they have no shortage of potential candidates from which to choose.

En route to the 2019 championship, Spring-Ford enjoyed remarkable offensive balance on the arm (and legs) of Mercury Player of the Year Ryan Engro, as well as first-team All-Area contributors Armante Haynes, Dante Bonanni, Ryan Kolander, and Blake Terrizzi. Now Spring-Ford looks to replace each in hopes of defending the title they spent four years working to regain from their archrivals at Perkiomen Valley.

But it’s the running game where Spring-Ford will look to separate themselves, returning junior Harry Adieyefeh and welcoming back senior Andrew Yoon, who missed much of 2019. They’ll be powered by an offensive line led by seniors Kyle Kennedy and Ryan Beppel and joined by another returning starter in junior Ian Harvie. The returning linemen will provide stability to an offense replacing numerous top performers.

“We re-invent ourselves every year out of necessity,” said Spring-Ford head coach Chad Brubaker. “We have to look at what’s here in our school, on our roster. A lot of schools spend their offseason recruiting, we spend ours coaching and working on football.”

Plenty of that work was done on the defensive side, where again the Rams will have players of all levels of experience. Added health is the main wish for team that lost dozens of starts to injury last year, famously using top offensive players in emergency defensive roles in the division-clinching victory at Perkiomen Valley. The middle of Spring-Ford’s defensive line will be anchored by juniors Donnie Nicoline and DJ Francis, while Hellauer figures to replace one of the prolific tandem of Kolander and Terrizzi at defensive end. The opposite end spot is an open competition in Rams’ camp.

Junior Ryan Horvath figures to step forward at linebacker, while Mason Brill moves up from his safety spot to an OLB. Zach Marinello and Josh Pergine are the upperclassmen in the mix, while sophomores Will Fish, Ryan Wilson, and Zach Zollers join freshman Mike Bendowski in the competition for playing time.

Moving the ball through the air against the Rams will be a challenge, with Nate Capers and Naphtali Stine at corner and ably backed by Teets and Yoon at safety, giving the Rams an enviable mix of talent and experience. Brubaker pulled no punches.

“For us, that secondary is a strength,” he said. “Along with defensive tackles, those are the known quantities on this defense.”

Unlike the past several years, this time the Rams will encounter Perkiomen Valley right out of the gate – this coming Friday night, in fact. Does the experience in the secondary give Brubaker some comfort going into that showdown, especially considering the Vikings enjoy the advantage of a returning starter at quarterback?

“I’m glad we have those guys back,” he said. “Quarterbacks translate into all aspects of the offense and having [Ethan Kohler] back at quarterback is an advantage for PV.”

Of course, the Spring-Ford/Perkiomen Valley rivalry has decided the Liberty Division the past several years, and while the divisional element won’t exist in 2020, it’s safe to say Friday night’s victor will have quite the upper hand moving into the October schedule.

“Rob [Heist, PV’s head coach] and I agreed we’d rather play this game right out of the chute, because we don’t know what the future holds,” explained Brubaker. “We won’t play any scrimmages, we didn’t have spring practice, so those things are tough for this season.”

Summary >> The unique circumstances surrounding high school football in 2020 have made at least one thing easier for coaches like Brubaker. Coaches can quite literally take it ‘one game at a time’ because so much can happen in seven days right now.

As such, the idea of defending the PAC title never even came up in conversation. “I’m just so happy to be playing football,” the coach said. “I feel awful for the kids at the [PAC schools] that are losing out on their senior years. Just getting to game one will be such a relief.”

Of course, on the night of that game the Rams will look across the field and see the orange and brown of Perkiomen Valley… and for a few hours anyway, things will seem normal again in PAC football. And in keeping with that normality, as usual, the winner will have the inside track to the title in 2020.

Happy to be back on court, Pope John Paul II sweeps Upper Merion