Mercury Football Preview: Daniel Boone hoping to put lessons from ’19 to good use 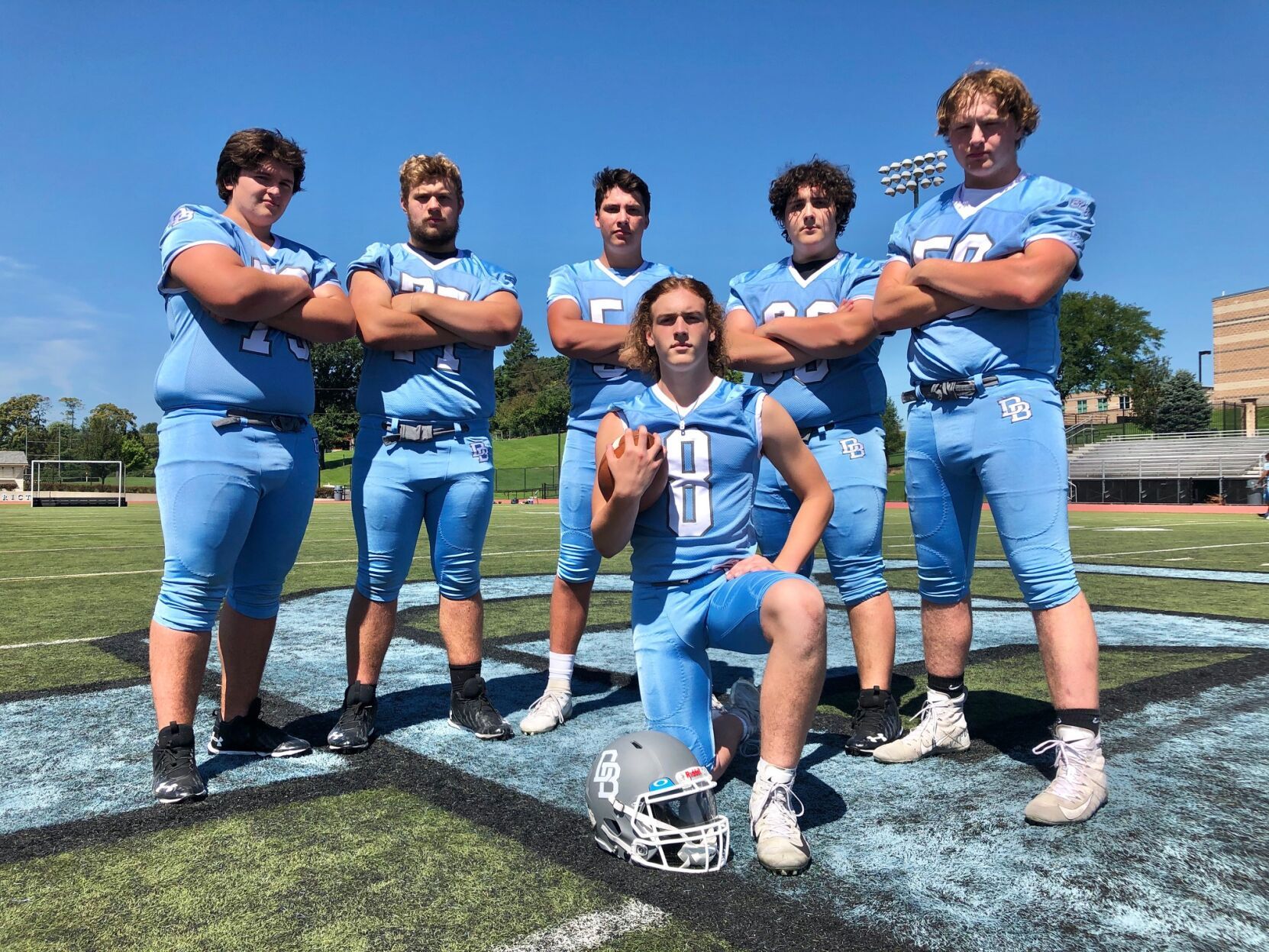 It was a bit of a wakeup call to what varsity football is like.

“It happens to everyone,” Dwinchick said. “I remember when I first started. You first go out there and you’re like, ‘Holy crap.’”

Last year, many of his teammates went through that same ‘Holy crap’ moment as a senior class without a lot of playing experience forced younger players, including a large group of sophomores, into their first varsity action early in their high school careers.

The result for the Blazers was a 2-8 overall record and a 1-5 mark in the Berks County League Section I in head coach Rob Flowers’ second season after going 6-5 and 2-4 in his first year.

Daniel Boone enters 2020 with just six seniors on its roster in Dwinchick, Krystian Hornberger, Jayden Speyerer, Wyatt Smith and Jaden Laumonier and will once again have to rely on a large number of underclassmen. This season however those youngsters have already taken their lumps.

“We were definitely a young team last year, and we kind of still are, but a lot of those guys are now returning with a year or two under their belt, and I’ve definitely seen it in practice,” Dwinchick said. “We’re a lot more clean, stronger and better as a team. Those guys have definitely stepped up, especially considering the circumstances. I’m excited for all of the young guys we’ve got.” One of the Blazers’ juniors who saw important action last season was quarterback Carter Speyerer, who started the last four games in 2019, including one of the team’s two victories.

Speyerer completed 25 passes for 204 yards, three touchdowns and one interception last season and added 30 attempts for 61 yards and a touchdown on the ground.

“Taking over from the start, I guess I just have to be the quarterback, do what I have to do,” Speyerer said. “If I do my job everyone else will follow.”

His array of weapons includes junior wideout Alex Vassallo (20 catches, 151 yards, four touchdowns) and junior running back AJ Hofer (35 rushes for 220 yards), who will be relied on to help replace the production of 1,000-yard rusher Tanner Vanderslice.

The Blazers will also have an experienced group in front of Speyerer, returning four starters and five players with varsity experience on the offensive line, including Dwinchick, junior Colin Leahy, sophomore Tony Rulli, sophomore Jesse Smith and junior Brian Hollis

Flowers mentioned his team, which ran the ball 429 times compared to 116 pass attempts in 2019, will spread things out more this season because of its ability to run and throw the football.

“Carter brings to the table the ability to throw it and run it, so we changed some things up offensively with that,” Flowers said. “We’re going to be a little more spread this year, spread to run, spread to throw. … We’re still option-based, just spread out a little bit more because we have the option to throw it or run it.” The Blazers’ defense graduated an all-league player from the line, backers and secondary but also returns a number of players with varsity experience.

Junior ends Jimmy Woodcock and Izayah Germany are part of a deep defensive front, Hofer will lead the linebacking core, while Vasallo, Smith and junior Jaxson Mace help make up a secondary that is hoping to improve on its playmaking this season.

Dwinchick said going up against the defense in practice everyday, the Blazers’ overall team speed on that side of the ball stands out. The group also mentioned it prides itself on hitting and hopes to return among the league leaders in turnovers forced like it was two seasons ago, when the Blazers intercepted 13 passes. In comparison, Boone picked off just three passes in 2019.

“We’re looking pretty good,” Vassallo said. “Obviously we’re still young there too, but I think we grew a lot over last year. … We have a lot of good depth on our defensive line. We should be pretty good all around.”

Boone has seven games scheduled this fall starting with Twin Valley on Friday night. While a few of the Blazers will get their first taste of varsity action, many have already gotten that experience.

Flowers is curious to see how the growing pains from a year ago might pay off for his team.

“We didn’t have a lot of seniors last year who had a lot of playing experience, so played a lot of young guys, which ended up being a good thing for us because now these guys have a year of experience,” Flowers said. “What we’re going to see here right away is how much experience do we have?”