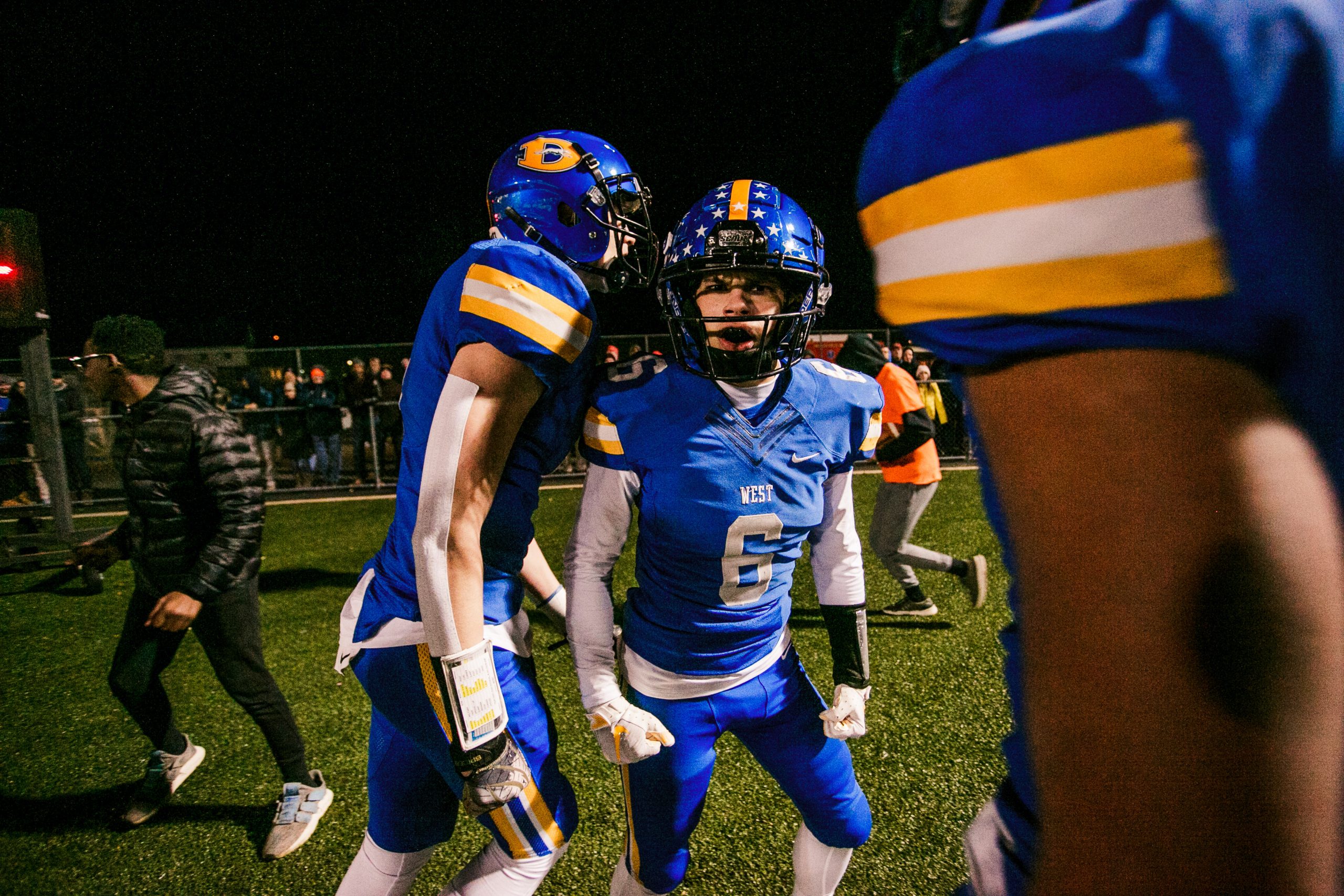 DOWNINGTOWN — Downingtown West is where no other Downingtown team has been since 1996, years before the district into two high schools.

A win over rival Coatesville in the District 1-6A championship game last week got the Whippets there, but they’re doing their best to make sure that wasn’t their Super Bowl.

There are still things left to accomplish.

It’ll be a short trip for the Whippets (13-1) to face District 3 champ, Central Dauphin (11-2), with a 7 p.m. start at Coatesville High for the state semifinal contest.

That’s where the familiarity will stop, however, as two teams with very different styles will try to feel each other out and advance to the state final in Hershey, December 7.

The Rams had a bye last week, after defeating Harrisburg the week prior. Their staff piled into Kottmeyer Stadium, last Friday, to watch West down Coatesville, in person. Whether that added rest and healing helps the Rams or hurts their momentum — they’re on a 10-game winning streak — has yet to be seen.

What West coach Mike Milano does know is his squad’s in for a tough battle against a strong, defensive-minded opponent.

“On the back end they’re very subtle,” Milano said. “They’re almost exclusively cover 3. Their front end, they’re everywhere. They prowl and roam and you’re gonna get some combination of four or five of them coming hot from different places and you have to try to identify it. They make it hard on you.”

Seven of its 13 games Central Dauphin has held opponents to 10 points or fewer. The Rams implement a 3-4 and are led by a veteran secondary of multiple-year starters, with safety Nick Chimienti garnering multiple service academy and FCS school offers.

The Whippets have been on a scoring tear, tallying 200 points in four playoff games. That’s more than four Ches-Mont League teams had all season. West is now 42 points away from tying the Chester County record for points in a season, set by the 1996 Downingtown team with 671.

West’s diversity on offense will be its biggest strength against the Rams. Quarterback Will Howard has been his best self this postseason, completing 50 of 72 passes for 764 yards with seven touchdowns and one interception. He and Alex Rosano connected 15 times the past four weeks, and Tyriq Lewis is not only a weapon out of the backfield, but in the screen game. Getting six-foot-six-inch Jackson Luneburg back is a bolster to the defensive secondary and receiving corps.

According to pennlive.com, Central Dauphin has forced 33 turnovers and scored seven defensive touchdowns this season.

The Rams allowed 10.7 points per regular season game, but that’s up to 20 in the postseason.

West is in a similar boat. After surrendering 18 points per game in the regular season, the Whippets are permitting twice that in the playoffs.

That’s where pace of play will go a long way to determining the winner. If West can get out running, advantage Whippets.

The Rams play out of the shotgun and get the play calls at the line from the sideline. Despite going spread, Central Dauphin is very balanced and will bring in two tight ends to try to wear teams out.

“They’re big and physical,” Milano said. “They want to run the ball and dominate the line of scrimmage. When they need to throw they go play action pass and you have to be able to defend it.”

Chimienti is the top target for the Rams at receiver, and Timmy Smith scored three of his 13 rushing TDs against Harrisburg. Central Dauphin is guided by a sophomore southpaw, Max Mosey.

“He’s tough,” Milano said of Mosey. “He’s a pretty solid runner. He throws the ball well enough. We have to defend the run. If we want to win, we have to stop the run.”

The Whippets reached the state title game twice, in 1994 and 1996, winning it all in 1996. No one from the Ches-Mont has reached the championship game since Coatesville in 2012.

West hopes to be the fourth team to get there, and it will take another brilliant effort from its stellar senior class.