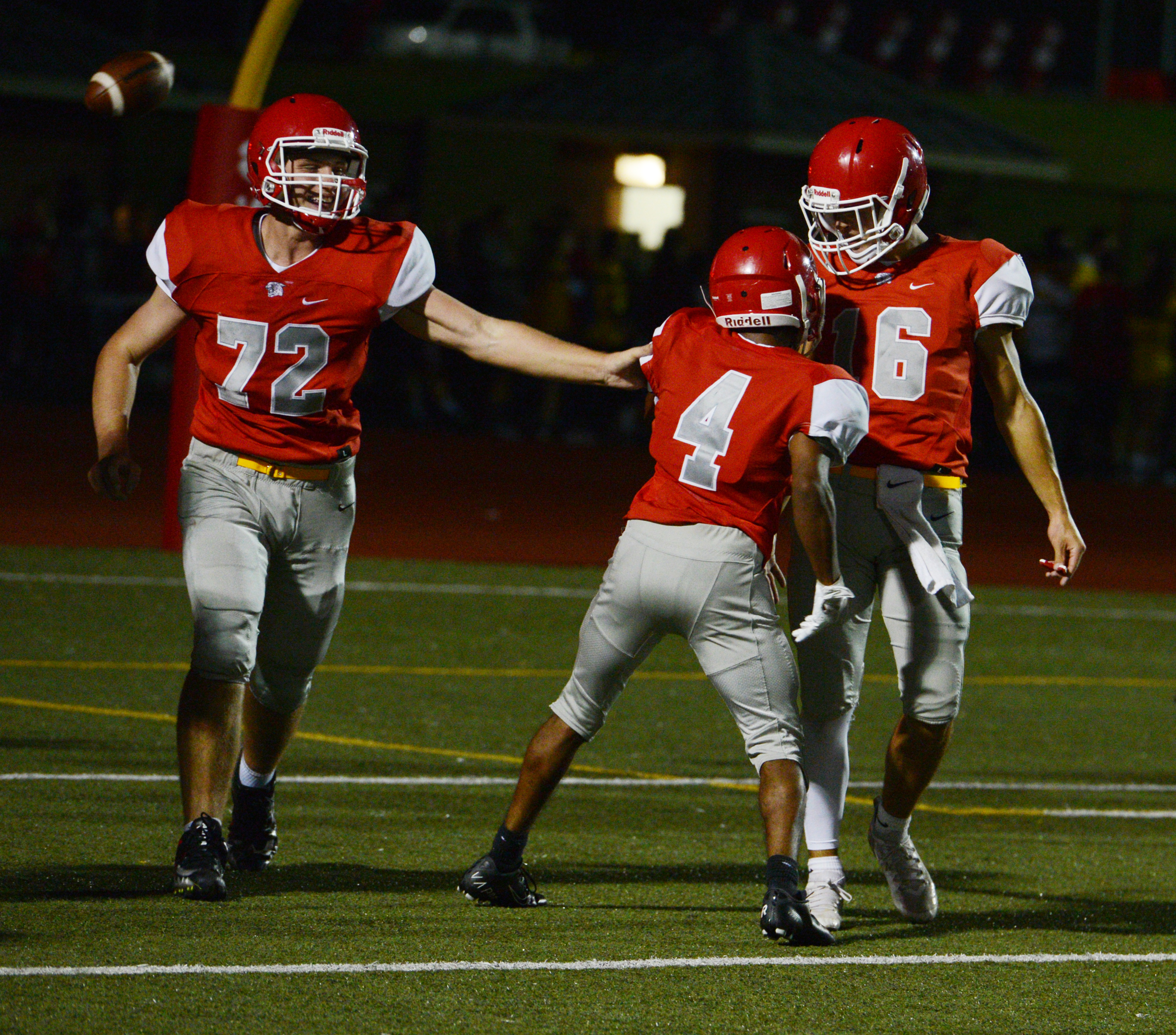 BUCKTOWN >> Owen J. Roberts went up against a Methacton team on Friday night that had nothing to lose and played like it. The Warrior defense came out hitting hard and held the Wildcat running game in check throughout the first half.

That was especially the case when OJR advanced inside the Methacton 10-yard line four times and came away with only a field goal to show for it.

But the Roberts defense, sparked by three interceptions by Matt Cutrone, was equally as tough and the Wildcats finally put the game away with two touchdowns in the fourth quarter for a 15-0 Pioneer Athletic Conference Liberty Division win at Wildcat Stadium.

OJR quarterback Cooper Chamberlain broke the scoreless tie with a 28-yard field goal late in the first half and scored the hosts’ first TD on a sneak. Josh Jackson wrapped up the win for Roberts (3-2 PAC, 7-2 overall) with a late 39-yard scoring run.

“They’re going to be dangerous this time of year,” Wildcat coach Rick Kolka said concerning the Warriors (1-4, 3-6). “They’re not going to the playoffs, and they want to spoil it for any team that is going. We talked about that all week.”

OJR had first downs at the Methacton six, two and nine yard lines in the first half and a 2nd-and-1 at the four. The Wildcats’ score came after the Warriors failed on a fake punt attempt deep in their own territory, Roberts gained just two yards on three plays to the 11 and Chamberlain booted the three-pointer.

“We did not execute in the red zone and their defense did,” said Kolka. “Their defense deserves a lot of credit. On the other side, I think we played really well on defense.”

“Everyone was doing their assignments,” said junior safety Cutrone, who intercepted a pass in the first half and two in the second and caught a 41-yard pass from Chamberlain for the longest play for either team all night. “Everyone was in the right gaps. Everyone played well.”

Methacton gained only two first downs and 29 total yards in the first half and added only two more first downs after the halftime break. Michael Torcini came up with the two biggest plays for the visitors with 21 and 20-yard runs.

But despite its offensive problems, Methacton was still right in the game early in the fourth quarter at 3-0 and forced the Wildcats to punt with 10 minutes remaining. But Chamberlain’s boot came to rest at the two and a sack by Ian Sordilla a few plays later forced the visitors to punt.

The Wildcats took over at the Warriors’ 41 and finally put the ball in the end zone. Jackson ran to the 27. Then Christian Grossi twisted and turned his way and fought through defenders for a 25-yard gain and Chamberlain pushed his way in from there for a 9-0 advantage with six minutes remaining.

Cutrone’s third pick of the night set the Wildcats up at the Methacton 43 and workhorse senior running back Jackson made a determined run down the right sideline and burst over the goal line for a 39-yard run and a TD with three minutes remaining.

“They tried to shut down our weapons,” said Cutrone. “And we shut them down defensively.”

“Any win is a good win,” said Kolka, whose team is in 15th place in the District 1-6A power rankings, with 16 teams making the playoff field. “It was just a little frustrating tonight.”