Football Friday Five to Watch: Central League title may be up for grabs as Haven visits Garnet Valley 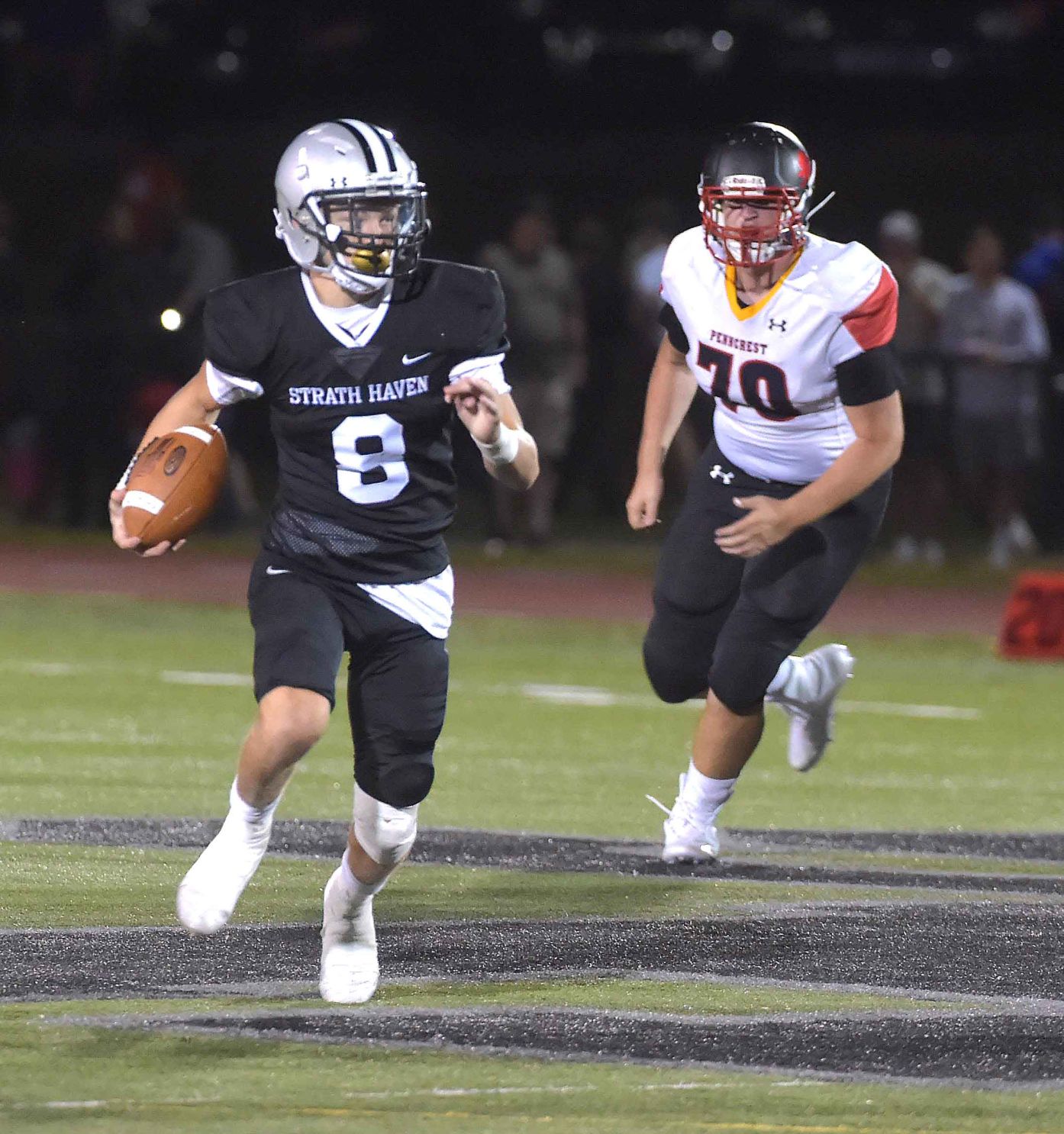 Garnet Valley needs one win to clinch at least a share of the Central League championship.

In arguably the most entertaining game of the Delco football season, the Jags escaped with a 42-41 victory in overtime. The visiting Royals (3-5) attempted to go for two points to win it, but fell short.

The close call should have given the Jags pause. Favored to repeat they are, but there is competition for the Central League crown and it comes knocking Friday when Strath Haven visits Moe DeFrank Stadium. GV must beat Haven, and Ridley (6-2) next week, to capture the league title outright for a second straight season.

The Jags and Panthers are Nos. 2 and 6, respectively, in the Daily Times Super 7 and the game is among the five to watch this weekend.

With a win, the Panthers (7-1) would put themselves in position to earn a piece of the Central League title for the first time since 2010, which happens to be the last time they defeated Garnet Valley.

The Panthers have posted three consecutive shutouts of Marple Newtown, Springfield and Harriton. Their only defeat came via a 24-0 shutout at the hands of Haverford. GV bested Haverford back in Week 2, 35-28.

John Prochniak is the leading rusher in Delco with 852 yards and 10 touchdowns. The senior captain has been a force at linebacker for the Panthers.

In the win over Upper Darby last week, Jake Morin ran for a season-high 152 yards and two TDs for the Jaguars (7-1). He is one of four Garnet Valley players to run for 100 or more yards in a game this year.

The Tigers (6-2) snapped a two-game slide with a 35-8 rout of Penncrest. Junior quarterback Joe Paoletti passed for 189 yards and three touchdowns, giving him 1,001 yards and 13 TDs on the year.

The Fords (6-2) logged their sixth consecutive victory with a 44-14 bludgeoning at Ridley. All-Delco Trey Blair was sensational. The all-purpose standout and starting quarterback ran for 160 yards and two scores and returned a punt to the end zone. Jimmy Wright eclipsed the 100-yard barrier on the ground for the second week in a row, while Will Higson was a tackling machine at linebacker.

The Knights (7-1) can lock up their first Del Val League crown in three years with a win over the Clippers (5-3).

Last week AP rolled to its third straight conference victory with a 48-20 decision at Chichester. Senior quarterback Barry Brown, who is the top-rated passer in Delco (165.04) and has thrown for 832 yards and 11 touchdowns, ran for 139 yards and a pair of TDs and had one aerial score. Malik Johnson had two interceptions, including a pick-six, and a touchdown catch.

The Clippers made a mockery of Calvin Coolidge High, which traveled from Washington, D.C., to take a 61-6 shellacking on the chin.

Junior quarterback Dymiere Stevenson was 6-for-8 for 118 yards and four touchdowns. Chester found the end zone 10 times and its defense swallowed up opposing rushers to the tune of negative-67 yards.

The Friars (6-1) continued their winning ways with a 12-7 success over Archbishop Carroll.

The Lions (1-6) have won five in a row against the Friars, but are coming off a sixth consecutive loss. Read more about O’Hara’s struggles in Friday’s football notebook.

The Friars remain in contention for the Catholic League Blue Division title, but need to win their final two regular season contests and hope that undefeated Neumann-Goretti loses to West Catholic or Lansdale Catholic.

Could this game determine who wins the Inter-Ac League?

The Churchmen are 6-0 for the first time since their undefeated season of 2012. They erased a 10-point deficit at Penn Charter last week, scoring 14 fourth-quarter points en route to a 21-17 triumph. Malcolm Folk hauled in the game-winning touchdown pass from Maurcus McDaniel with 32 seconds to play.

The Blue Devils (6-0) remained perfect with a 28-23 win at The Haverford School. Ke’Shawn Williams, who is one of the top Division I prospects in the area, made 12 catches for 132 yards and two TDs. Senior signal caller A.J. Graham threw for 245 yards.