Wysocki, Reilly help youthful Marple Newtown get back on track 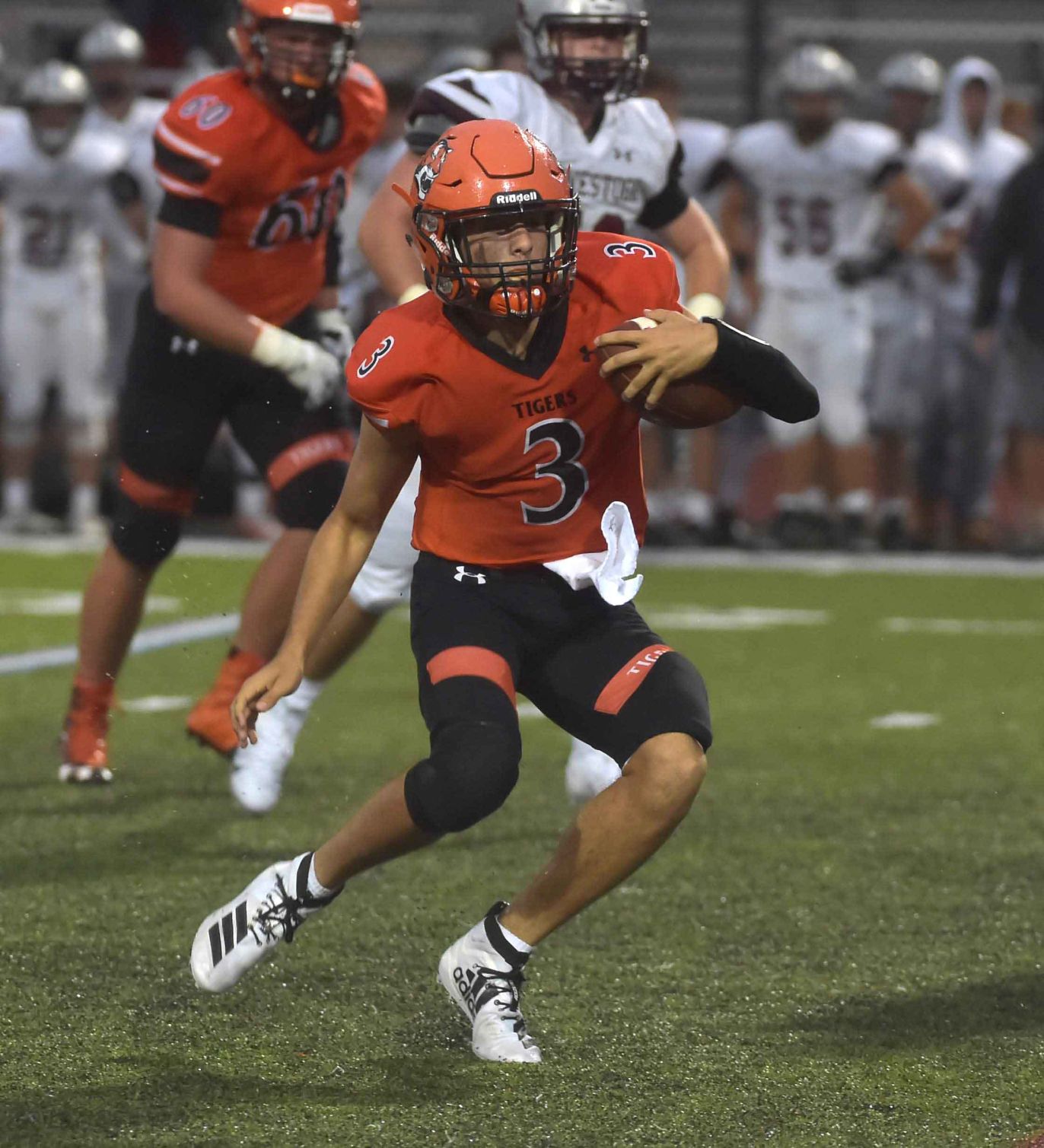 NEWTOWN SQUARE — It wasn’t time to panic, but back-to-back losses had Marple Newtown searching for answers this week.

The Tigers, who have 12 seniors on their 49-man varsity roster, are a young team finding out what it takes to be a good football team. So, they rely upon those seniors, including two-way lineman Rick Wysocki and linebacker Robbie Reilly, to steer the team through adversity.

Friday was senior night for those veteran starters, who wanted to put on a show and have a clean game and most of all … win. Get back to what the Tigers had done so well in the first five weeks of the season.

“We just had to play our hearts out, that’s it,” Wysocki said. “Go hard all the time … and it all starts at practice.”

Penncrest, which is very much in rebuilding mode, was the perfect remedy for the ailing Tigers. Junior quarterback Anthony Paoletti completed 14 of 19 passes for 189 yards and three touchdowns to lead MN to a 35-8 victory.

“Even though it’s Penncrest, we can’t take any opponent lightly,” said Reilly, who had a pass deflection and was involved in a handful of tackles. “I feel like we kind of did that the last few weeks. We were a little too loose at practice. We had to get focused again.”

The Tigers (6-2, 5-2 Central League) end the regular season with road games against Haverford and Radnor. Another opportunity for the Tigers to prove their mettle.

The Lions (2-6, 2-5) put up a fight. With only 25 players dressed, coach Ryan Smith’s squad came close to swinging the momentum. But too many broken plays on defense cost the Lions a chance at making things interesting.

In the first quarter, Penncrest sophomore tackle Jerry Collins recorded a sack to force a third-and-long at the Lions’ 31-yard line. On the next play, the Lions pressured the backfield, but Paoletti dumped the ball off to sophomore Charlie Box, who darted 31 yards to the end zone to give the Tigers a two-touchdown lead.

“The score doesn’t matter, in our minds, because our team is always going to battle and always going to have that mentality and heart,” said sophomore quarterback Jimmy Cage, whose touchdown run late in regulation spoiled the Tigers’ shutout bid. “We’re going to keep working to get better.”

For some needed inspiration, the Lions can look upon senior linebacker/running back Brennan Kaut, who made a couple of tackles behind the line of scrimmage and ran for 62 yards on 16 carries. Kaut’s hard running on the Lions’ final drive set the stage for Cage’s touchdown scamper.

The Tigers needed only five plays on the opening drive of the game to score the first touchdown. Box had a 42-yard run and McKee finished the drive with an eight-yard jaunt to paydirt.

Senior wide receiver Shane Benedict caught a 12-yard touchdown pass on the first play of the second quarter to give the Tigers a 21-0 advantage. Paoletti connected with Joey Small in the end zone late in the first half for 28-0.

Brian Joslin recovered a fumble in the end zone for Marple’s final touchdown with four minutes left in the third quarter.

Box accrued 105 yards from the line of scrimmage, including 80 yards rushing on seven carries.