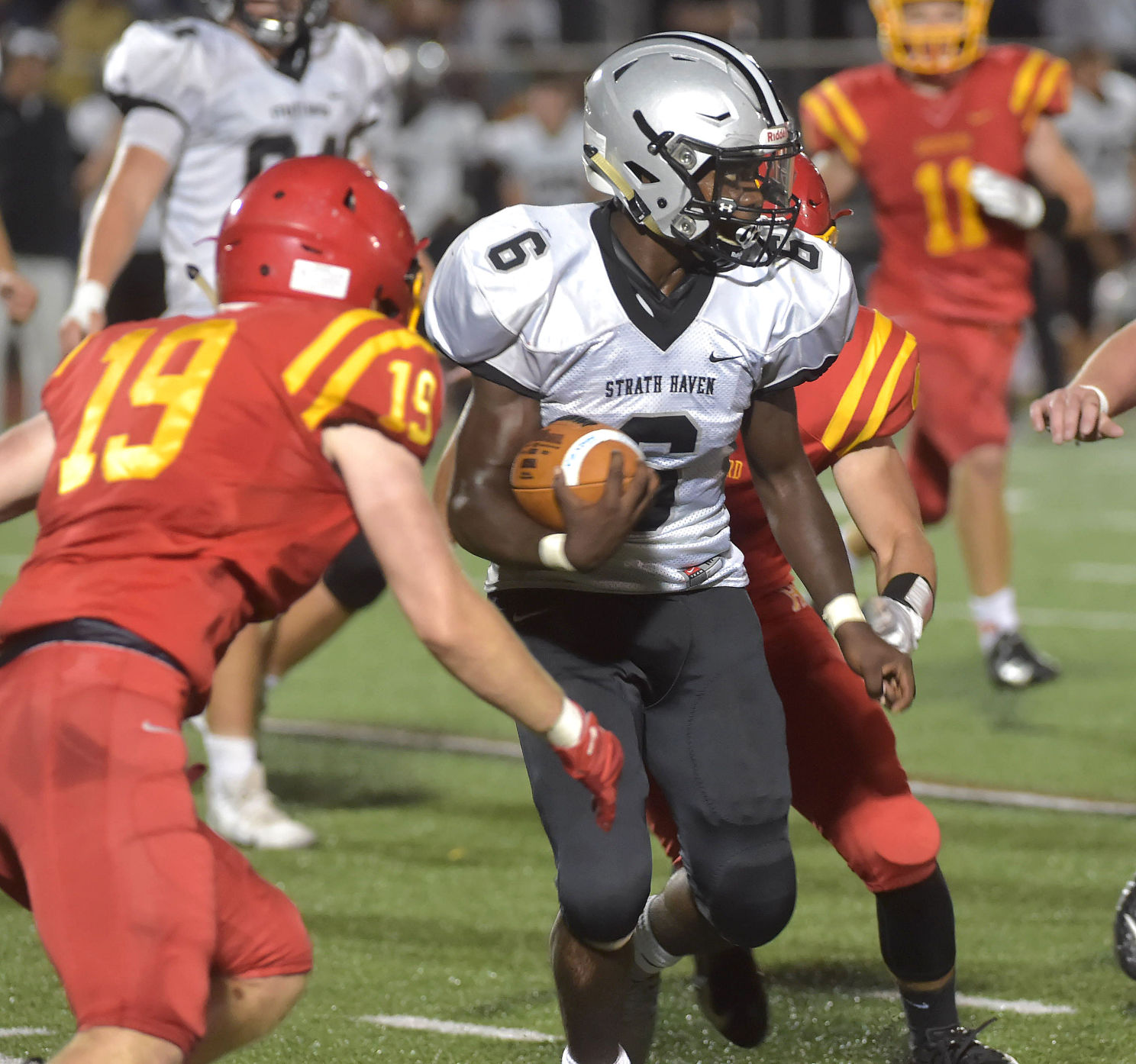 Haven junior back Jaris Adams got into the Senior Night act as part of his work efforts, which included 128 yards rushing on nine carries, including a 59-yard scoring run early in the second quarter and a one-yard plunge in the third quarter as the Panthers ran out to a 21-0 victory, their second consecutive shutout.

“It was their night,” Adams said of his senior teammates. “I don’t care what the stats were. I just wanted to do whatever I could to make it a happy night for them.”

Following a Cougars kick to the Haven 44, Panthers quarterback Jack Ryder lost three yards on first down. Then things changed. On the next play, Ryder gave the ball to Adams, who got through the center of the line then cut left and didn’t stop until he was handing the ball to an official in the end zone.

The next Panthers drive ended with a fumble at the Springfield 9, but the Cougars couldn’t make a first down and had to punt from near their goal line.

Junior Christian Mazur burst through the line to block the kick, and senior tackle Matt Doughty picked the ball up and ran eight yards for a Haven TD.

“That’s a long way for me to run,” Doughty said. “Actually I wasn’t really sure what to do when the ball bounced to me. I just heard them screaming to me to run, so I did.

“Christian just flew right in there and blocked the kick. He’s a guy who gives 110 percent on every play. I guess I should buy him lunch tomorrow for helping make me look good. (Springfield) has been playing home games on our field this year, but we couldn’t let them come in here and spoil things for us on our Senior Night.”

Springfield’s final possession of the opening half ended with an Ibo Pio interception on the extra play the Cougars were awarded when a pass interference penalty was called against the Panthers as time ran out in the second quarter.

Pio, who picked up 113 yards on 11 carries to help Haven pile up 272 yards on the ground, ran 28 yards to the Springfield 17 on Strath Haven’s first snap of the second half. Four plays later, a seven-yard Adams run put the ball inside the 1, then Adams scored on the next play.

“I’ve had a few touchdowns this year before this game,” Adams said. “And I had a pick-six. I even had longer runs than the one tonight when I didn’t score.”

He credited his linemen for opening holes for him, adding, “and I owe John Prochniak (who carried the ball 12 times Friday night when he wasn’t blocking or making tackles) so much. He’s really helped me out so much.”

Springfield used 18 plays and the next seven minutes to get to the Haven 22 before another drive stalled. When the Cougars got the ball back, quarterback Matt Ellison scrambled for 40 yards to the SH 4. Four runs left Springfield short of the goal line, and the Panthers ran most of the final eight minutes off the clock with an 11-play possession.

“We play with heart,” Springfield coach Chris Britton said. “But we still have other things to work on.”