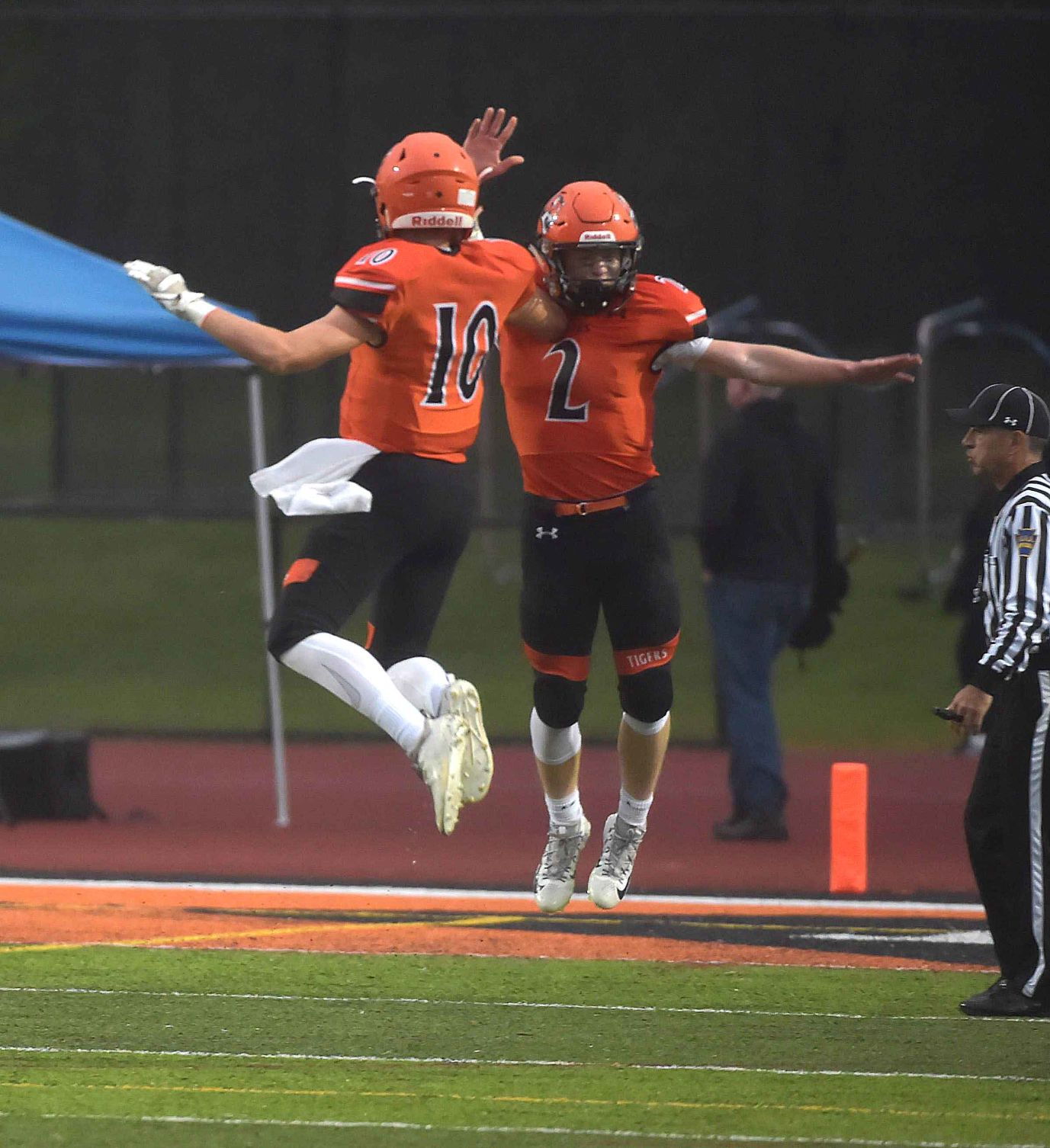 NEWTOWN SQUARE — Sophomore Charlie Box scored a pair of touchdowns as a runner, a TD as a receiver, and also got six points returning an interception in helping Marple Newtown to a 50-22 Central League victory over visiting Conestoga Friday night.

There are those who would call that a remarkable performance by a 10th grader. Tigers head coach Chris Gicking would not be one of those people.

“The great thing about Charlie is that he’s an exceptional worker,” Gicking said of the 5-9, 170-pound Box. “You see what he’s doing and you might be impressed, but then you just say ‘that’s Charlie being Charlie.’”

Box had a short scoring run at the end of Marple Newton’s first possession. Following the kickoff, he stepped in front of a Chris McGovern pass and had to cover only 10 yards to get into the end zone for the second time.

“Watching film, I saw how the guy would go in motion and they’d throw the bubble,” Box said. “I just read it, came up and got the ball.

“Last year, I played JV mostly in the first half of the season, but then I ended up starting in the secondary.”

Marple quarterback Joe Paoletti tossed touchdown passes to Tyler Lynch and Neo Vosschulte in the first half and had a 41-yard scoring completion with Joey Small early in the second half. Box made sure that half of Paoletti’s completed passes resulted in touchdowns when he pulled in a third-down screen pass and outdistanced the Conestoga defense on a 77-yard play in the last minute of the third quarter.

“The big guys up front deserve all the credit,” Box said, naming linemen Chris Meiklejohn, Cole Thiruselvam, Johnnie Ebert, Rick Wysocki, Joey Goodman, and Ryan Lain as those most responsible for what he accomplished, which included 93 yards rushing on 10 carries and three receptions good for 86 yards.

Gicking was delighted with the way his team earned its third consecutive victory and second against Central League competition.

“It was a great team win offensively, defensively, and on special teams,” he said. “I’m proud of what the coaches and the kids have accomplished.”

Liam Kirk picked up 101 yards on the ground for Conestoga and McGovern threw for 108 yards but was hampered by three interceptions — two by Box.

“We did some things well and took a step forward tonight offensively,” Pioneers head coach Matt Diamond said. “But the last two weeks our defense had been leading us, and tonight we just gave up too many big plays.

“The biggest that really was a momentum changer was right before the half when they got that long return (Brian Joslin’s 55-yard punt return) and then went in and scored. And then they got the ball to start the second half. We went from being 14 points down to being down 21 points at halftime.

“But give Marple credit. They have a good football team and they played a fine game.”