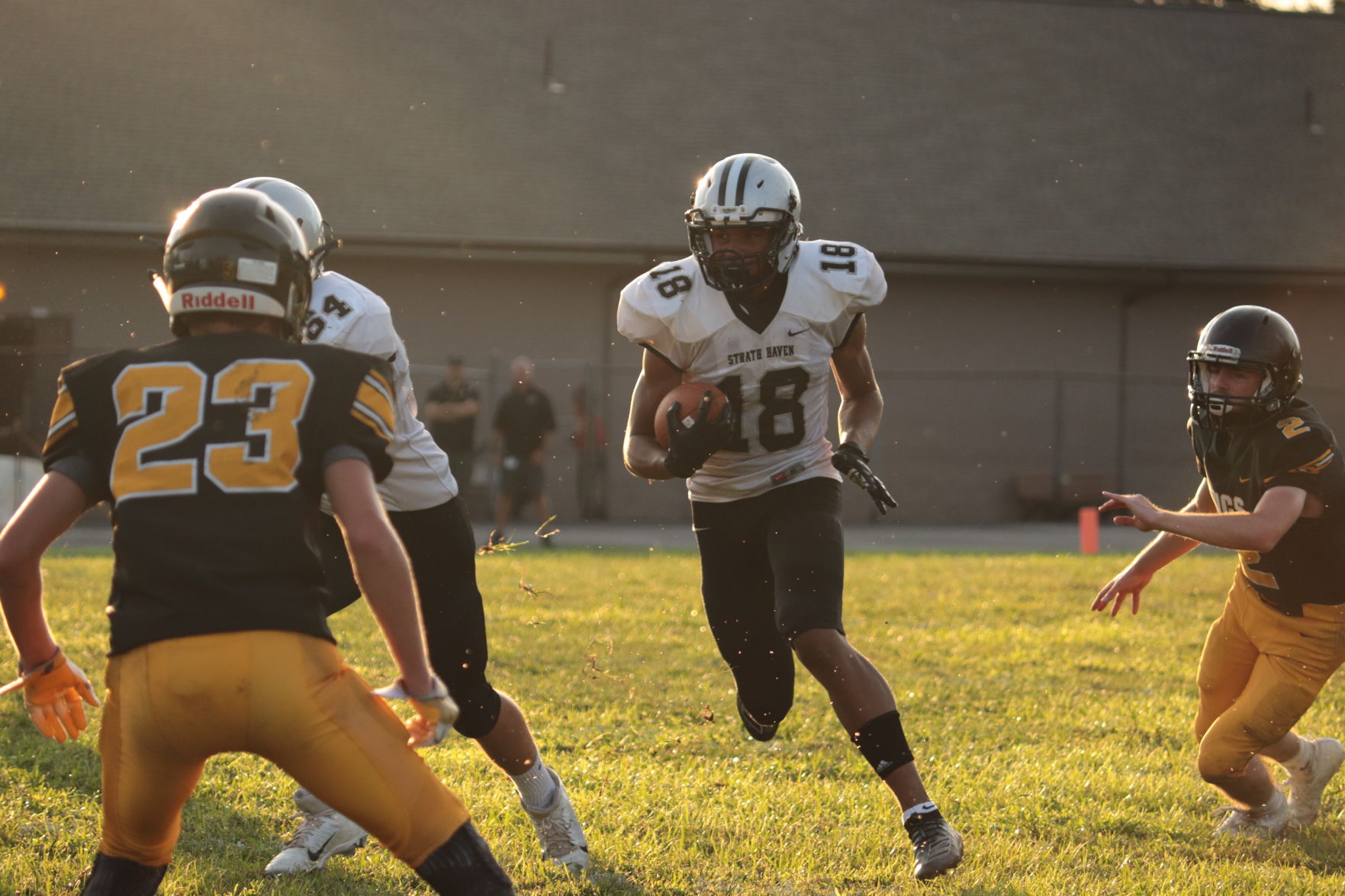 GLENOLDEN — Strath Haven settled a score with Interboro, and in spectacular fashion.

John Prochniak scored three touchdowns Friday night, including one off a 75-yard scamper, to power the Panthers to a 42-14 triumph over the Bucs, who had won three straight games in the series. Those were the first, second and third tallies of the senior’s career.

“My O-line was blocking great,” Prochniak, a career inside linebacker said. “They really did it for me. And it feels great because they got us three years in a row. We really wanted this game. We knew we were the better team. So, we came out and got what we deserved.”

The Panthers didn’t allow any points until there were just under 10 minutes left in the fourth quarter.

Ibo Pio, another two-way Panthers standout, set the tone with a 66-yard run on Strath Haven’s first play from scrimmage.

Pio was so far ahead of his pursuers he looked back and taunted them. Not a problem as kicker Emmet Young converted a 35-yard extra point following the penalty.

“We didn’t stop them,” Bucs coach Steve Lennox said. “That first play, that took a little wind out of our sails. But still there was plenty of time to come back. We made some mistakes but Strath Haven had something to do with it.”

The Panthers led 20-0 at the intermission and rushed for almost 400 yards on the night.

Jaris Adams broke four tackles on a macho third-quarter scoring run that effectively put the game away. Prochniak followed with his long run.

“That was a remarkable run, amazing run,” Prochniak said of Jaris. “He’s one of our strongest guys on the team. He’s a great back and we rotate. We are going to get some food and enjoy the night. Then we’re on to Penncrest next week.”

Bubba Phillips and Jake Irrgang got the touchdowns for the Bucs, who rolled with a lot of younger, first-time performers getting their baptisms under fire.

Lennox got the attention of his players by going for a fourth-and-one at the Bucs’ 15-yard line in the first quarter and the Bucs trailing by a touchdown. They converted it, but ultimately, the Panthers were too much to overcome.

“It was a hot, muggy night and we were playing a lot of kids both ways,” Panthers coach Kevin Clancy said. “The kids hung in there and battled throughout the night against them. We’re pleased. We have a lot of respect for Interboro. For our kids, it’s a real good start to the season. They’re going to be a good football team. There’s no quit to them. They’re tough kids and their quarterback made plays at the end.”