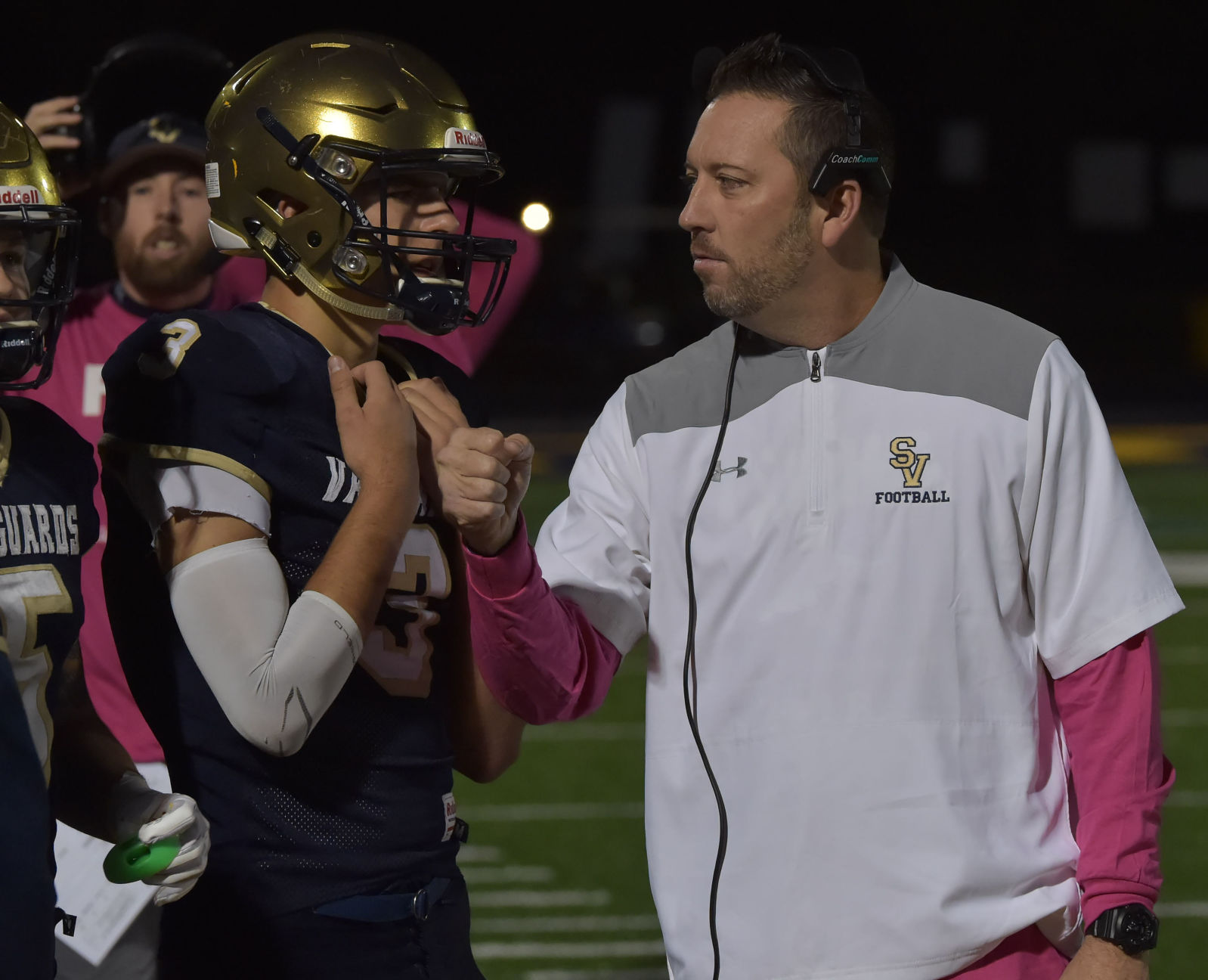 CHESTER — As the only quarterback remaining on the East (Blue) roster for Thursday’s 43rd annual Hero Bowl at Cardinal O’Hara High School, Sun Valley’s Anthony Ellis does not have to worry about sharing playing time.

“I love it,” Ellis said before the final full practice Tuesday for Delaware County’s high school all-star football game. “I get to play with these great athletes. They’re second to none out here.”

That doesn’t mean that Ellis will take every snap. Sun Valley’s Greg “Bubba” Bernhardt, the head coach of the East Squad, has ideas on how to get the ball to the plethora of athletes he has at his disposal, such as All-Delco performers Kennedy Poles (Penn Wood) and Julz Kelly (Sun Valley).

“This is the best Hero Bowl team that I’ve coached, personally,” Bernhardt said. “There are so many athletes. Any four of the receivers or either of the running backs can turn a play into a home run ball anytime, so we’ll get creative with them and do some different things.”

One benefit of having just one quarterback is that it’s a player Bernhardt is familiar with and one who understands the offense. Ellis was Sun Valley’s starter for the last two years and threw for more than 2,800 yards in that span.

“He’s a smart player and he’s gotten a lot smarter with his decision-making, and on top of that he has a great arm,” Bernhardt said. “He’s not scared to throw it out there to get the ball to the right people in the right places.”

Ellis understands the purpose of the game, too. Proceeds from the game benefit the Hero Scholarship Fund of Delaware County, Inc., which provides scholarship assistance to the families of police officers, firefighters and emergency medical services personnel who have given their lives in the line of duty. Ellis has several family members who are police officers and firefighters, too many to mention.

“It’s a tribute to them,” Ellis said.

As for his future, Ellis is set in that department. He will attend the Williamson College of the Trades where he plans to study Power Plant management.

“I wasn’t exactly sure what I wanted to do and I didn’t want to go college and spend a bunch of money for things I wasn’t going to use, so why not get a trade under my belt?” Ellis said.

Williamson is no cakewalk. The school is known for its regimented schedule, which begins with the morning lineup at 6:45 a.m., followed by academic classes from 8-11:50 a.m. and trade courses from 1-4:50 p.m.

Being in the Hero Bowl fits Ellis, too, although he did miss out on one of the main traditions of the game. Every year, players swap helmet decals. It’s not unusual to see a player wearing a Sun Valley helmet with decals from Penn Wood, Chester, Academy Park and Interboro, for example. The East players swapped decals last Wednesday, but Ellis wasn’t there. He was on his way to Disney World for a class trip.

“I’m a little behind so I have to catch up,” Ellis said.

NOTES >> The teams will go through a final walk-through Wednesday at Widener University followed by dinner afterward. … The East (Blue) squad is made up of teams from the Del Val and Catholic leagues, along with Sun Valley and Episcopal Academy. The West (Red) team consists of players from the Central League. The West team is coached by Evan Breisblatt of Lower Merion. … Tickets for the game are $5. Festivities begin at 7 p.m. with kickoff at 7:30. There also will be an all-star mile relay at halftime of the football game featuring some of the top senior runners in Delaware County.