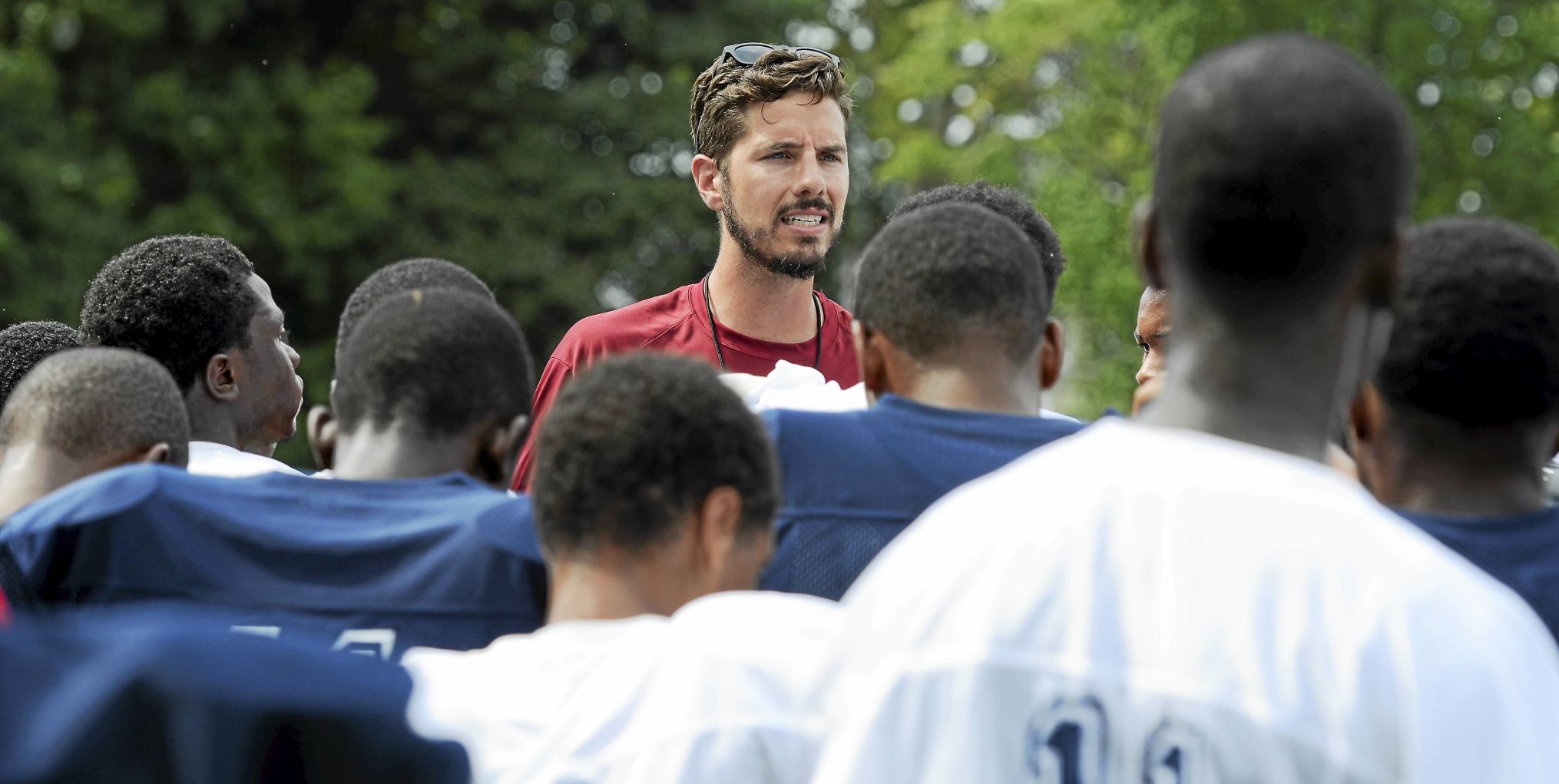 PHILADELPHIA — With one hand, Nick Lincoln picked up and hauled off a half-filled water cooler. With the other, he wheeled away a bunch of his team’s abandoned equipment. And just prior to that, the Imhotep Charter coach was breaking down a tent on his team’s sideline.

That roll-up-your-sleeves, do-whatever-it-takes mentality applies to Lincoln—and just about everyone on his roster.

“We’re just trying to build a championship program,” said Lincoln, the former Penn Wood head coach. “It starts at the top and works its way down. It doesn’t matter who we’re playing or where we’re at. We act and we play the same way.”

Imhotep Charter claimed the District 12 4A championship and secured a berth in next weekend’s PIAA quarterfinals with a 20-0 victory over Cardinal O’Hara Friday night. For the third consecutive year, Imhotep ended O’Hara’s season at Germantown’s Benjamin L. Johnston Memorial Stadium.

“Can’t get past them,” said Chris Kirby, one of Cardinal O’Hara’s two-way seniors. “We practiced great this week. I mean, every week we practice great. But we just can’t beat this team. They’re a heck of a team.”

Imhotep Charter broke the spirit of Cardinal O’Hara’s defense with its first scoring drive. The Panthers covered 69 yards on 14 plays, including two fourth-down conversions, before Sutton-Christian punched in a one-yard scoring plunge.

“They made more plays than us,” said Lions coach B.J. Hogan.

“We couldn’t get off the field,” Kirby added.

Those fourth-down conversions — in all, Imhotep Charter was 3-for-5 on them — extended two of the Panthers’ three scoring drives. They didn’t come without risk, of course. Or second-guessing.

“A couple times, I look over to my coordinators and say, ‘Are you OK with this?’” Lincoln said. “I just trust my O-line to get some push up front and get it done. And they did each time.”

After another Cardinal O’Hara three-and-out, Smith used a 10-yard touchdown to cap a succinct drive highlighted by a 49-yard run from McLeod. And to round out the scoring, the Panthers again marched downfield in short order. They went 79 yards in 61 seconds, with Sutton-Christian finding wide receiver Karam Cummings for a 20-yard score just prior to halftime.

“The play before half can never happen,” Hogan said. “They go about 80 yards in 55 seconds or something, right? And when the ball is in the air like that, we have to go get it. We have to make a play.”

Cardinal O’Hara assembled a game as error-free as it could have played. The Lions (7-4) were whistled for no penalties. They committed no turnovers. In fact, they won the turnover battle when Kirby came down with a fourth-quarter interception.

But Cardinal O’Hara managed 2.8 yards per offensive snap. And the Lions mustered only nine points in their final three games of the season.

“No turnovers, no penalties; that’s the kind of game you want to have against a team like that,” said Kirby, who also had 76 yards rushing on 21 carries. “It just didn’t come together. We couldn’t put it all together.

“Hopefully they keep their heads up. I hope the same thing continues in the future for this team. Hopefully, we can keep getting good recruits and, to be a part of the turnaround, that’s a great feeling.”