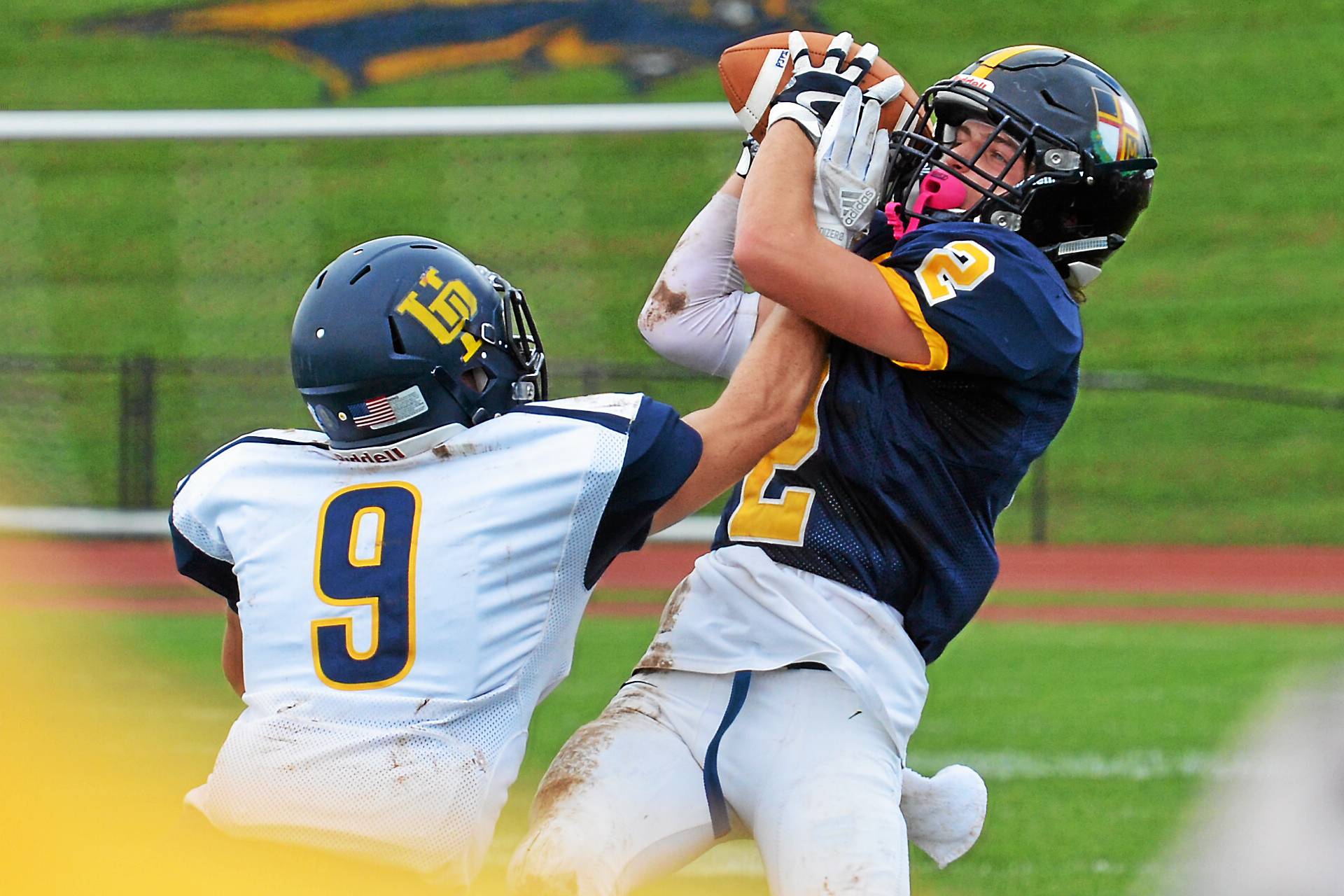 The Pope John Paul II football team exploded in the second half with all its scoring on the way to a 39-27 non-league victory on the road at New Hope-Solebury.

The Golden Panthers improved to 2-0 in a matchup of District 1’s only Class 3A teams (Districts 1 and 12 combine for the 3A postseason).

Trailing 7-0 at halftime, PJP got going just two plays into the third quarter on a Kamal Gray screen to Steve Skarbek for a 28-yard touchdown reception.

PJP turned the game from there when Skarbek took another screen from Gray for a 47-yard TD and the Golden Panthers forced a fumble on the ensuing drive. Gray hit Chris Salvo for a 25-yard TD reception with 5:04 in the third for PJP’s first lead.

A 64-yard run by AJ Natale set up a Gray sneak for a 26-14 lead early in the fourth following Liam Haffey’s interception along the sideline.

After an NHS score by Joey Gegeckas, CJ McCafferty took a long kickoff return into the red zone and then got the call for a 1-yard TD run for a 32-21 lead with 8:29 to play.

New Hope-Solebury got within a score yet again on John Flavin’s TD reception for a 32-27 PJP lead with under three to play.

Gray sealed it on a 40-yard keeper for a touchdown after PJP recovered an onside kick.