Upper Perkiomen runs all over Kutztown, 34-0 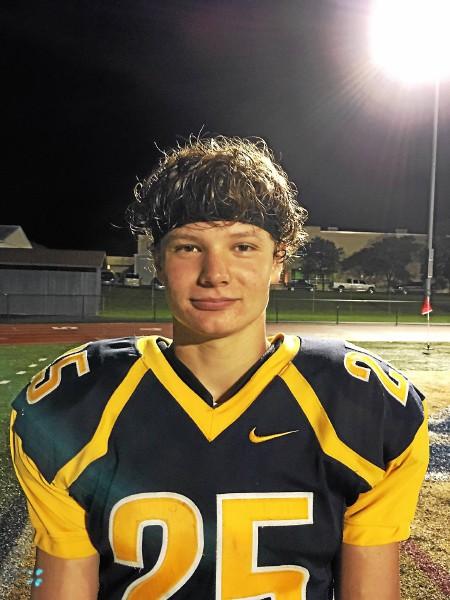 While Upper Perkiomen’s highly-regarded junior running back continues to mend his injured ankle, the opportunity for other teammates to show their stuff remains. Several took advantage of the opportunity in helping the Indians roll over Kutztown, 34-0.

A rushing attack that amassed 223 yards was the biggest of the various positives UP posted on the way to its first win of the season. Four backs produced the bulk of the Tribe’s ground yards, headed by sophomore Malachi Duka’s 80-yard outing.

“He’s still dinged,” UP head coach Tom Hontz said of Reid. “But we got some good work from both our backs.”

Duka grounded out some hard yardage up the middle, and he scored twice for the Indians (1-1) in the first and fourth quarters. His four-yard plow was good for a 7-0 lead, a satisfactory cap to a sustained drive from the opening kickoff to the 7:26 mark of the first quarter. He got his second TD off a 10-yard pass from quarterback Tyler Weber with 8:18 left in the game, good for a 28-point lead and the high point of his three-catch night.

“I was running pretty good, north to south,” Duka said. “I ran out of the flat for the one TD.”

In complement to Duka, Tyler Whary produced another 46 yards off-center and off-tackle. The senior also accounted for 33 yards on two passes from Weber.

UP’s senior signal-caller was a force both in the running and passing games. While showing wheels in gaining 44 yards off seven carries, Weber orchestrated a 12-for-17 passing offense covering 104 yards and including an 11-yard scoring toss to Max Kratohwill at the end of a 21-0 first half.

“We kept the chains moving and got in the end zone,” Hontz noted. “Webs did a nice job getting his touches on the ball. With the defense they (Cougars) run, we got good crossing patterns.”

And in the game’s closing minutes, another underclassman running back put on a good show for UP. Freshman Jose Vera ran for 50 yards on six totes on the Indians’ final possession, with a finishing flourish of a 16-yard scoring run around left end with 2:20 to go.

“Vera’s got some wheels,” Hontz noted. “He’s getting a good opportunity while Tyrese is on the mend.”

The Upper Perk defense was stout in its own way, holding Kutztown to a combined 100 yards of offense and twice intercepting quarterback Josh Worman.

At the close of the first quarter, the Cougars (0-2) stopped a UP scoring drive when Caleb Riegel recovered a fumble at his one. A false-start penalty and two plays later, Kratohwill stepped in front of a Worman pass at the eight and took it in as time expired.

Andrew Carducci made a second interception inside the fourth quarter, setting the Tribe up for the final score by Vera. UP’s ball control took considerable time off the clock down the stretch, leaving the Cougars staring at a 34-0 deficit and mustering just one more offensive series.

“Defensively, you always want to pitch a shutout,” Hontz said. “Kutztown has improved a lot. They came back with a bruising attack.”

As for his team, Hontz was not ready to pronounce it cured of the problems that plagued it during last week’s loss to Boyertown.

“It’s hard to tell,” he said. “We need to improve the mental aspects, get tougher and win.”

NOTES >> Joe McMichael just missed a perfect night of conversion kicks when his fifth try glanced off the right-side goal post. … Owen Reinhart aided the UP defense with his recovery of a Kutztown fumble at the Cougar 44 with 1:42 left in the first half. Upper Perk took advantage of the turnover to score a third time off the Weber-to-Kratohwill connection 29 seconds before the end of the first half.