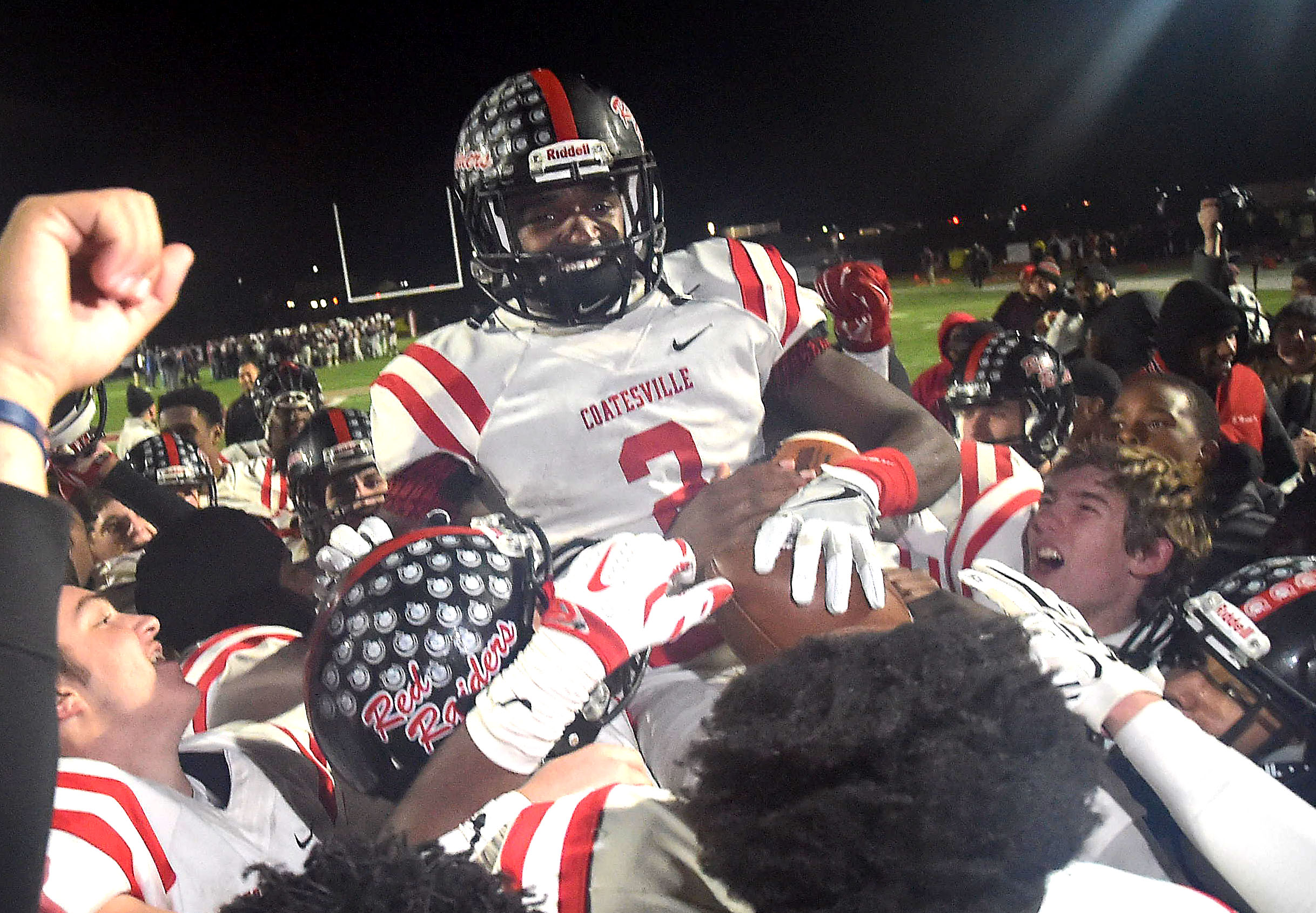 Southeast Pa. will be well represented on the Pennsylvania team for the 2018 Big 33 Football Classic, set for Saturday, June 16 at Central Dauphin School District’s Landis Field.

Pottsgrove’s Rahsul Faison dives into the end zone for a touchdown in the second quarter against Interboro. (Austin Hertzog – Digital First Media) Nasir Peoples (5) of Archbishop Wood runs away from Brendan Mojocha (12) of Gateway in the PIAA Class 5A football championship at Hersheypark Stadium in Hershey, PA on Friday, December 8, 2017. Mark Palczewski | Special to PA Prep Live.

“We are honored to continue supporting premier football featuring so many outstanding and talented student athletes, in cooperation with the Dauphin County Commissioners,” said Garry Cathell, executive director of PSFCA.  “Witnessing the caliber of players coming together for a week to not only play one of American’s favorite sports, but also to give back through our unique Buddy Program and through community visits, is truly remarkable and rewarding.”

“We’re looking forward to another exciting game, one that’s been played since 1957, and continues to excite generations of fans,” stated PSFCA President Coach Frank Gay. “We are grateful to the Commissioners, our host families, cheerleaders, buddies, sponsors, fans, and volunteers for helping to continue the success of one of the country’s top high school competitions.”