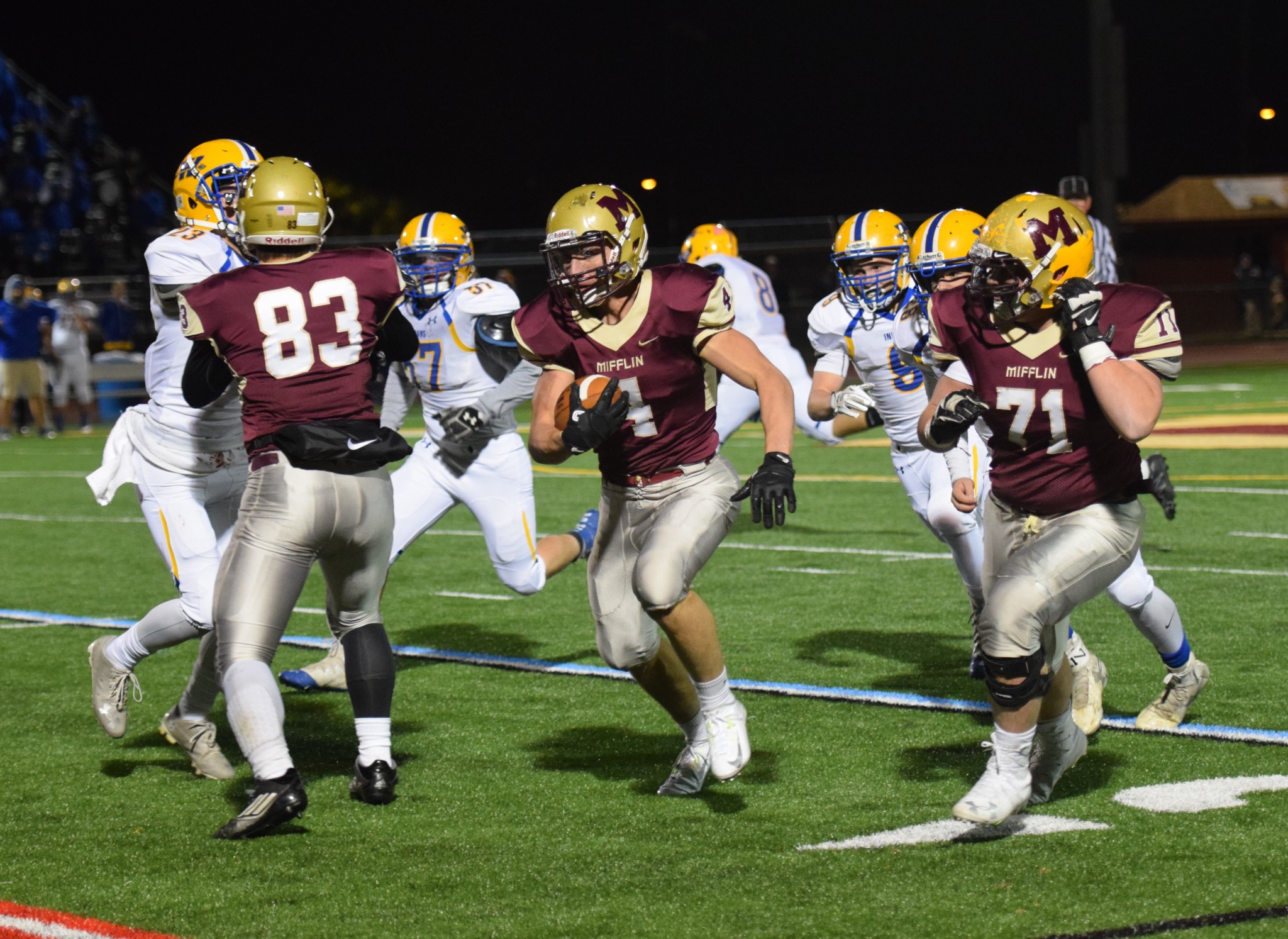 On a night where temperatures dipped into the low 20s, the hottest thing in Shillington was the Governor Mifflin offense.

The Mustangs scored a touchdown on all seven of their first-half possessions to down the William Penn Bobcats, 56-7, in the quarterfinals of the District 3 Class 5A playoffs.

“Teams who haven’t played us before will struggle to match up with our option offense. If you only have five days to figure it out and you haven’t seen it before, there’s no way you can stop it.”

The Mustangs rolled up 430 yards of rushing on the Bobcats, led by running back Isaac Ruoss’s 205 yards and 6 touchdowns. Those six scores were just one shy of the District 3 playoff record, currently held by LeSean McCoy.

“All the credit goes to my offensive line,” the ever-humble Ruoss said. “They did a good job getting off the ball and opening holes for me. I wasn’t even feeling the cold until I came out of the game.”

William Penn opened the game by turning the ball over on downs at their own 29-yard-line and it took just two plays for the Mustangs to capitalize on the prime field position with a touchdown.

Mifflin scored on a 57-yard run from Bryce Stubler on their next drive and effectively pulled away from the Bobcats by opening up a 21-0 lead at the end of the first quarter.

“I expected to play four full quarters tonight,” Vecchio said. “We have to cut down on some of the penalties, but it’s hard to be upset with how any of our guys played tonight.”

With the mercy rule in effect for the second half, Governor Mifflin slowed down their tempo and controlled the ball for much of the final two quarters, allowing William Penn to run just six plays on their three second-half possessions.

Despite those seven penalties for 60 yards, the Mustangs controlled the line of scrimmage all night long, holding William Penn to just four first downs and 133 yards of total offense, 81 of which came on Jose Martinez’s touchdown run late in the third quarter.

Governor Mifflin also picked off Bobcats’ quarterback Micah Anciso twice and didn’t let William Penn’s offense snap the ball on their side of the 50-yard-line once all night.

With the win, Governor Mifflin will play the winner of Saturday’s game between Harrisburg and Exeter Township in next week’s semifinals.

Coming into Friday’s contest, the Bobcats’ lone loss of 2017 came all the way back on September 22nd, when William Penn fell to Red Lion, 31-14.