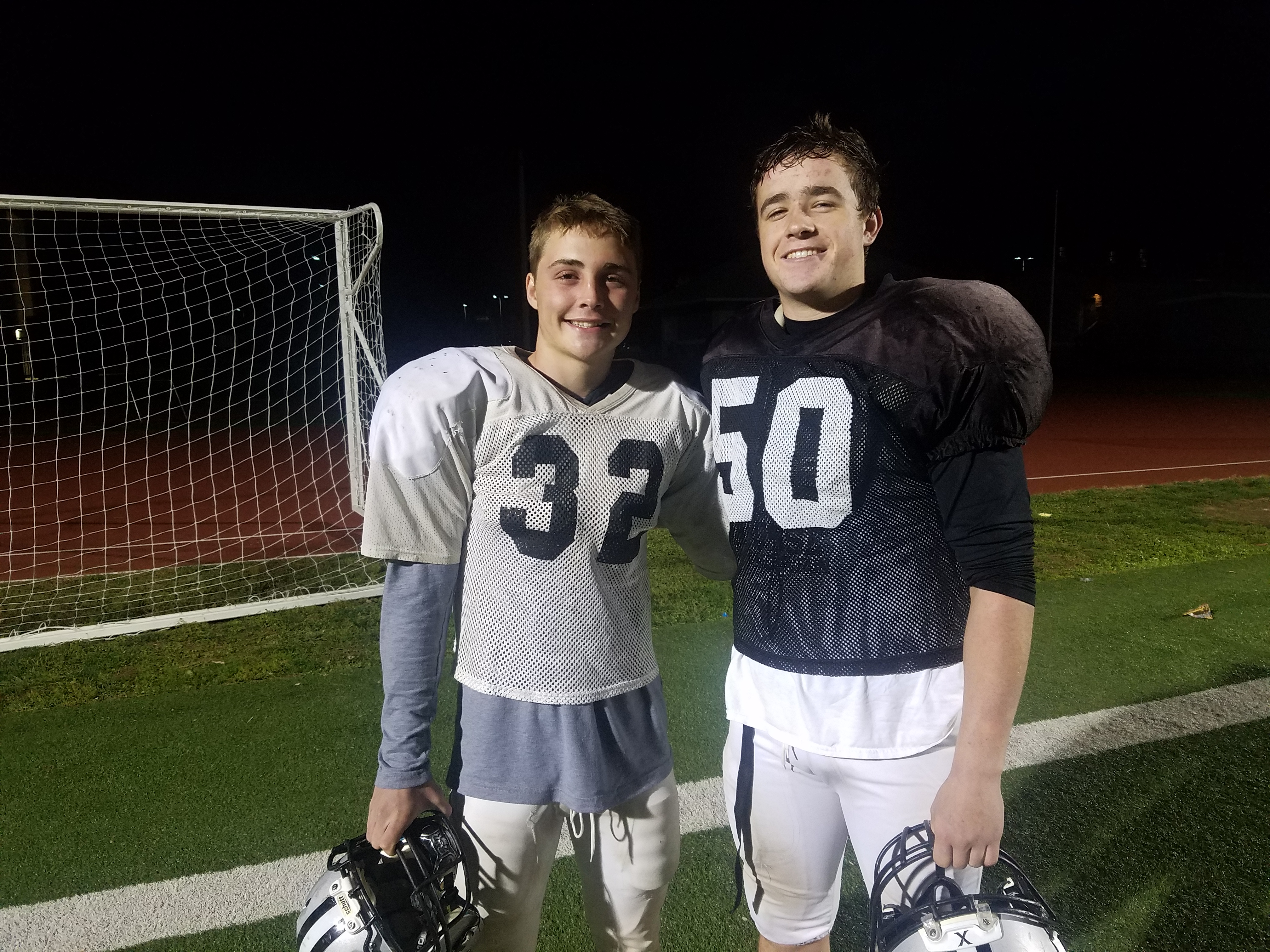 NETHER PROVIDENCE >> Strath Haven hasn’t had a long winning streak in 2017, but the Panthers can recall the moment they started to believe in themselves.

Oddly, that moment came after a 41-14 defeat to Springfield in late September. Springfield would go on to capture the Central League championship and become the top seed in the District 1 Class 5A tournament.

For more than three quarters, the Panthers proved they could compete with the No. 1 team in Delaware County.

“Personally, I know that we lost that game, but we were in that until the fourth quarter,” senior linebacker Ryan Morris recalled following practice Wednesday night of a game that was 28-13 after three quarters. “That gave us a lot of confidence. Then, a couple of weeks later against (Conestoga), we were able to beat them (44-7). Even though they are a 6A team and we are a 5A team, we showed that we can take it to a bigger school.

“I think that started to show us that we can compete with any team.”

Strath Haven gave several Central League teams a challenge. Then last Friday night, the Panthers (6-5) entered the District 1 Class 5A playoffs as one of several teams in the tourney with a .500 record or worse. As the 11th seed, they pulled the biggest upset of the first round — regardless of classification — with a 24-21 triumph over sixth-seeded Bishop Shanahan. Emmet Young’s field goal as time expired was the difference.

“At the beginning of the season, we thought, ‘OK, six wins will get him 300.’ We thought it could be very doable,” said junior linebacker Ethan Belville, who scored a touchdown on a fumble return last week. “To be honest, we didn’t think it would come down to a playoff game. I didn’t realize that it was 300 until the game was over.”

If the Springfield game gave the Panthers hope that they could be a good football team, last week’s playoff victory was confirmation. Without question, it was the biggest win for Strath Haven since the 2010 campaign, when the Panthers earned their 11th district championship under Clancy’s tutelage.

“It matters a lot to this program, to this school an awful lot,” Clancy said. “The kids were all-in. We battled through adversity. Our guys stepped up in the fourth quarter. Our defense really made some plays.”

Clancy knew in the summer this would be a defense-oriented team. It’s easy to see why. Morris, who is bound for Monmouth to play lacrosse, has 149 tackles and is the captain of the unit.

Belville is second with 75 tackles. Senior Lee Holbert, who is garnering Division I-AA interest, has been one of the top two-way linemen in the county the last two years.

“We stressed all week in practice, that it starts with defense and ends with defense,” Morris said. “In the playoffs, we have to be at our best.”

“To be honest, you can tell me that Peyton Manning is on the other team. It doesn’t matter to me,” Belville said. “We just want to go out there and play football.”

“We know Unionville is a special football team,” Morris added. “But if we just play our game and not worry about the outside stuff, we’ll be fine.”

In the other District 1 Class 5A quarterfinals Friday:

Marple Newtown at Upper Moreland >> The No. 7 Tigers (7-4) exploded for 29 points in the second quarter en route to a 42-13 drubbing of No. 10 Oxford. Marlon Weathers rushed for 258 yards and four TDs, one week after going off for 250 yards on the ground. Dash Dulgerian set the county record for most receptions in a season (75).

Upper Moreland, the No. 2 seed, rolled No. 15 Sun Valley, 57-30. Caleb Mead ran for 129 yards and two scores for the undefeated Golden Bears (10-0). The winner plays Unionville or Strath Haven in the semifinals.

Rustin at Springfield >> Without senior running back/linebacker Ja’Den McKenzie last week, the top-seeded Cougars (11-0) didn’t skip a beat. Phil Shovlin ran for a career-high 189 yards and two TDs as the Cougars notched their first shutout of the season with a 38-0 rout of No. 16 Penncrest.

Nate Holmes ran for 139 yards and returned a kickoff to the house to lead the No. 4 Knights (7-3) past 12th-seeded Chichester, 39-12. The winner gets Rustin or Springfield.

K.J. Cartwright ran for 249 yards to help the Knights to their ninth straight win with a 46-21 decision over Haverford. NP quarterback Steve Depaul has thrown for 1,804 yards and 20 touchdowns.

Garnet Valley’s defense racked up six sacks in a 32-13 win over C.B. West. Danny Guy ran for 98 yards and three touchdowns, and Matt Lassik had 101 yards.

Old Forge (10-1) captured the District 2 title with a 29-22 victory over Lackawanna Trail. Brendan Mozeleski has run for more than 2,000 yards and 20 touchdowns this season.

The Knights (7-4) defeated Jenkintown, 46-36, to win the District 1 title. Quarterback Luke Gutowski ran for a touchdown and threw for one. The senior also recovered a fumble, intercepted a pass and blocked a field goal.