Breisblatt out at Phoenixville after four seasons 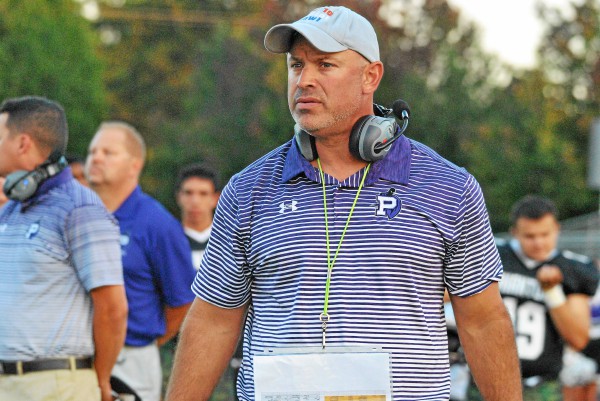 PHOENIXVILLE >> Phoenixville head coach Evan Breisblatt is out as head football coach after four seasons at the helm, the coach confirmed in a phone call Monday night with The Mercury.

Breisblatt directed the Phantoms to a 8-33 record during his tenure.

“I want to thank the administration, the parents, the faculty, the community and most of all my players for a wonderful four years,” Breisblatt said. “I thought we accomplished a lot in a short time and I was proud to see my players develop into quality, young men. I wish nothing but the best for the Phoenixville football program.”

Officials at Phoenixville High School confirmed the move via text messages with The Mercury.

Breisblatt’s tenure had its highlights, despite four consecutive seasons finishing below .500. Breisblatt was active in cultivating a strong youth program, which swelled in numbers through his tenure. His team was also able to churn out college-level taken in Mount Union’s Matt Garcia (school record 1,820 rushing yards last season) and Nasir Green with senior lineman Jon Miller also scouting looks from Division II schools.

Breisblatt came to Phoenixville in 2014 after coaching District 3’s Pequea Valley team to 4-6, 3-7 and 3-7 records the previous three years.