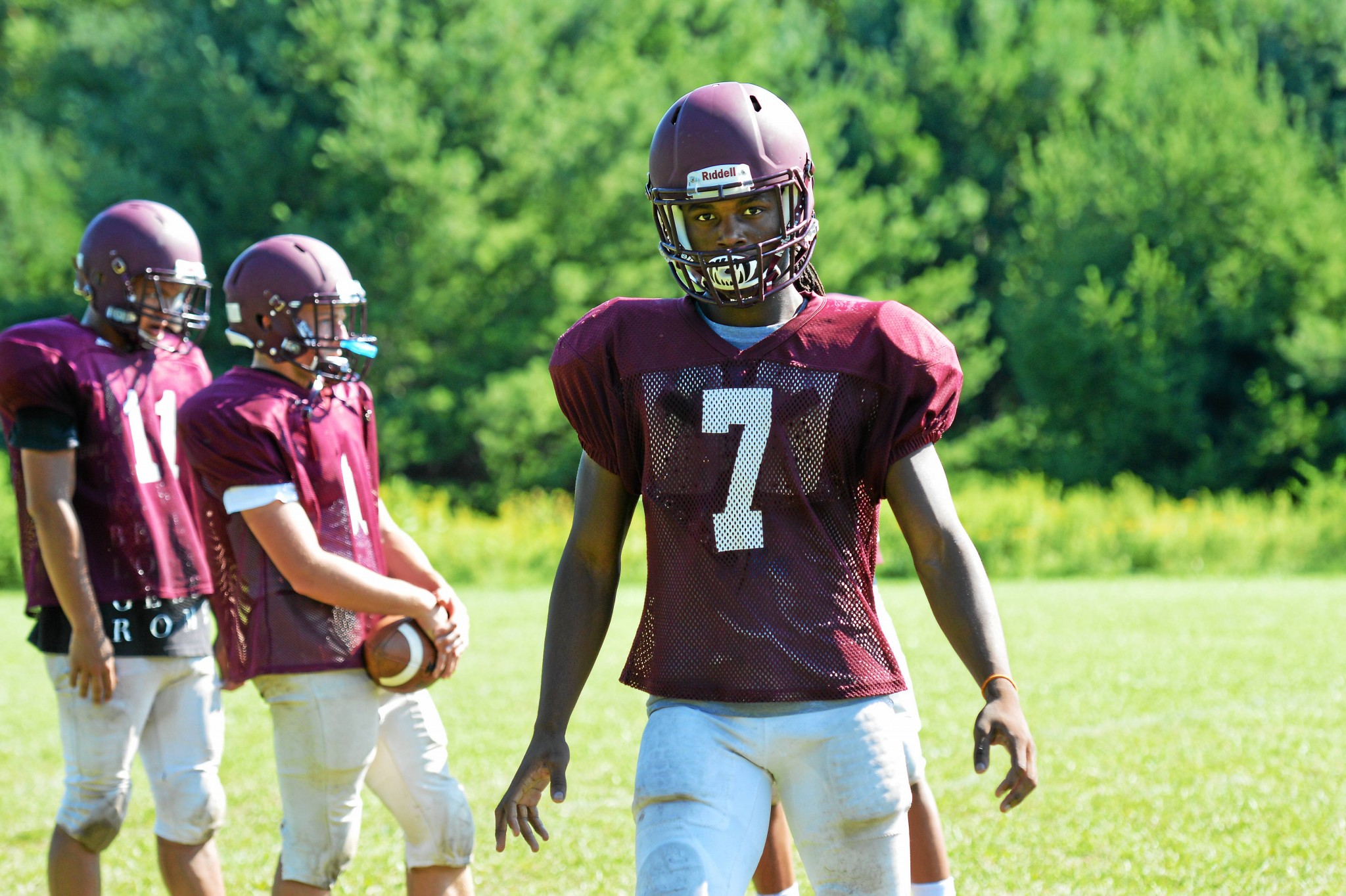 Previously the Falcons had little trouble with the fledgling program since its inception, winning by an average of 39 points from 2010-2015. Funny, though, how one year can change it all.

It was the Golden Panthers shocking perennial power Pottsgrove at home last season, an 18-12 victory sealed with a fourth-down stop, a result that has the juices flowing for this year’s Frontier Division matchup.

Now, with the two squaring off with a combined 15-1 record, it’s safe to say this holds Frontier Game of the Year status.

“We’ve been waiting a long time for this game to come,” Pottsgrove senior defensive lineman Michael Dickey said. “We wanted this game right off the bat when the season started.”

“That feeling we had walking off the field and the bus ride home was something else (after last season’s loss to PJP),” added senior defensive back Bailey Delp. “That was probably the worst day we’ve had.”

Pottsgrove (4-0 PAC, 8-0 overall) will look to make amends for that Oct. 22, 2016 loss almost a year to the day later. Again, they’ll have the tools to do so. Senior running back and Stony Brook commit Rahsul Faison leads the PAC in rushing by nearly 1,000 yards — his 1,916 yards and 27 touchdowns far and away tops in the league. He’s complemented by the reliable arm of Jay Sisko at quarterback — 537 yards and nine touchdowns — and a defense that has built an electric fence around their end zone — allowing just 71 points (8.9 ppg) all season. That squad is led by the play of senior Dickey and a vaunted front seven plus an athletic secondary led by Delp, Jimai Springfield, Kobey Baldwin and Dez Austin. Their plus-eight turnover differential ranks second in the league with Springfield (four) and Delp (three) ranking third and fifth, respectively, in interceptions.

Pottsgrove quarterback Jay Sisko rolls out of the pocket earlier this season against Phoenixville. (Barry Taglieber – For Digital First Media)

They’ll be facing a tough test in containing PJP quarterback Matt DeLaurentis, who is gifted at eluding pressure and throwing on the run. His 1,417 passing yards and 12 touchdowns rank second in the PAC. Add in running back AJ Natale (503 yards, eight touchdowns), a solid group of receivers and a hungry Panthers squad that is coming off a 41-14 loss to Upper Perkiomen, and this one has the makings for an electric Friday night.

“It’s going to be last year all over again,” Dickey continued. “After the loss last year, we know this year that we’re going to have to by physical. We know they (PJP) are coming in fired up off their loss against Upper Perk and are going to come in with their hair on fire. We have to be the same, play mistake free football.”

The Vikings (4-0 PAC, 7-1 overall) have already clinched the PAC Liberty Division ahead of their annual rivalry tilt with Methacton. So far, though, it’s been a heavily one-sided one. Perkiomen Valley has won the past nine “Battle Ax” games since the Warriors (0-4, 0-8) entered the league and haven’t lost to the Warriors since a 35-13 defeat in 1993 capped a four-game losing streak to the boys on Germantown Pike. Don’t expect much to change this season, especially during the Vikings’ Homecoming. The defense has allowed one touchdown at Thomas J. Keenan Stadium in four wins.

This goes deeper than PAC standings, this goes into the battle for the last spots in the District 1 Class 6A playoff race. Spring-Ford (3-1, 5-3), lethargic in the first half during its 16-0 victory over Boyertown last week, will look to solidify its spot in the district playoffs after coming into this week ranked No. 16. OJR (2-2, 6-2), ranked No. 14, will look for its first victory over the Rams since 2009.

Elsewhere around the area: