Pa Prep Live’s Search for the No. 1 All-Time Team in Montgomery County 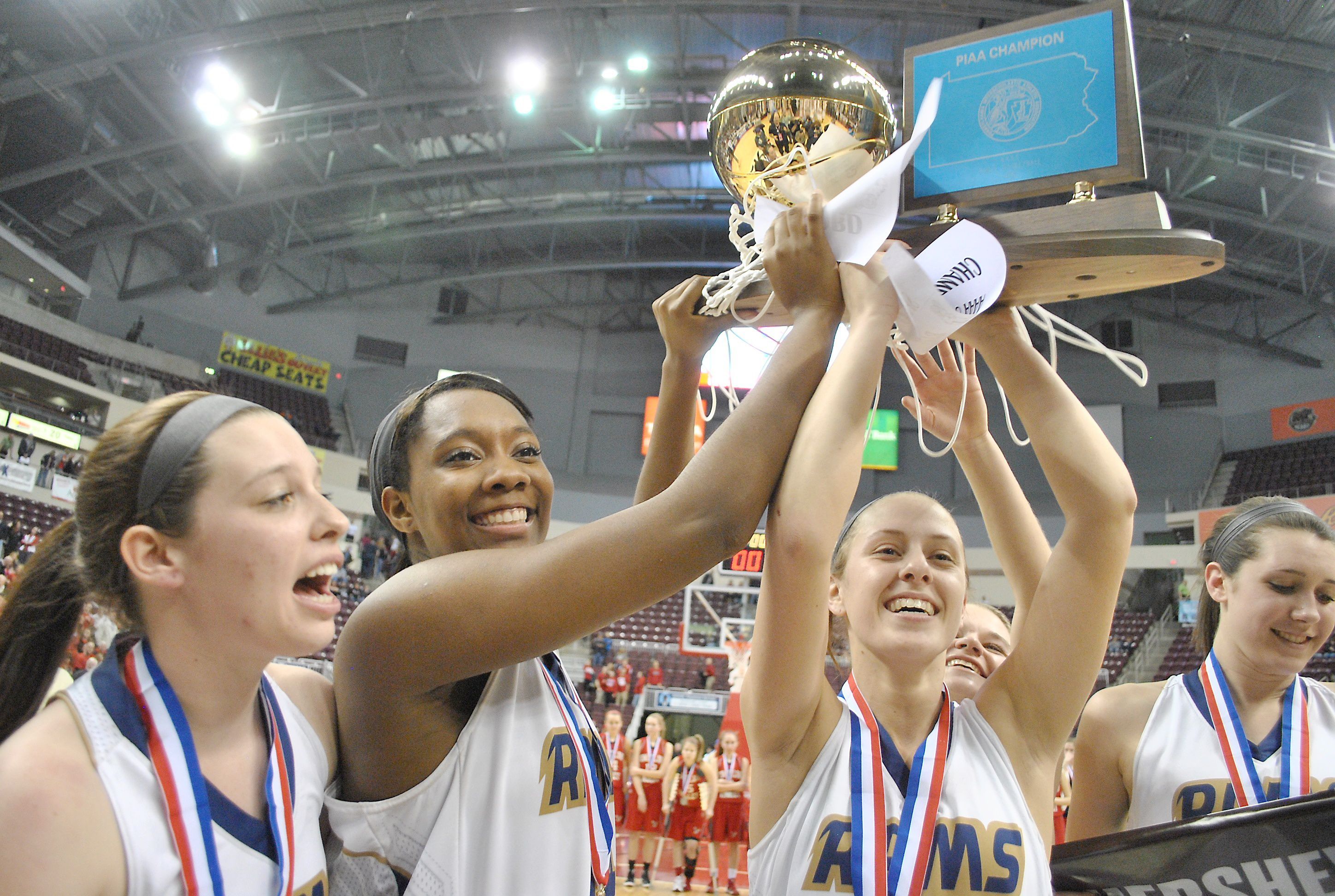 The Montco Chapter Hall of Fame is looking to honor the No. 1 All-Time team in Montgomery County during the chapter’s seventh-annual induction ceremony on October 13, 2017 from the Valley Forge Casino Resort.

How will you help? It’s easy. Comment below (via Facebook or our commenting system) with your nominations of who YOU think was the best high school team of all time in Montgomery County. The top nominees will enter the voting stage at the end of the week where you’ll once again be able to vote to crown the No. 1 All-Time team in Montgomery County.

Here is a list of individual inductees whose athletic and community related career accomplishments have clearly warranted their recognition:

Alisia “Lisa” Salters, Lisa is an internationally renowned award winning journalist. Her career features in-the-moment first hand reporting across a sweeping variety of personalities, cultures and underlying issues. While most recognize Lisa for her Sports Emmy nominated and Gracie Award winning sports reporting, Lisa also travelled the world to bring stories from the Middle East, Italy, Haiti, and even the OJ Simpson Trial. As a basketball star for the Upper Merion Vikings and a guard for the Penn State Lady Lions basketball team Lisa embodied all the attributes of a natural leader. Lisa is currently a sideline reporter for NBA Basketball and ESPN’s Monday Night Football. Lisa won a Gracie Award from the Association for Women in Radio and Television for best feature in 2009 and a Sports Emmy nomination for the touching story “Ray of Hope” in 2008. She traveled to Haiti for a powerful story on the U17 national women’s soccer team just months after the country was devastated by an earthquake in 2010. As a reporter for ESPN and ESPN on ABC since 2000 Lisa covered the O.J. Simpson murder case for ABC and reported worldwide for ESPN. Lisa also provided a series of reports from the Middle East prior to the Iraq War, hosted ESPN’s coverage of the 2006 Winter Olympics from Turin, Italy and coverage of the 2002 FIFA Soccer World Cup.

Tony Resch, Named to the National Lacrosse League (NLL) Hall of Fame in 2008. At Yale University was a two-time All-American and a three-time All-Ivy League. Won a gold medal in the 1990 World Lacrosse Championship in Perth, Australia. Tony was a Captain of the Philadelphia Wings and won the NLL championship in 1989 and 1990. Tony was also head coach of the Philadelphia Wings of the from 1994 to 2001. As head coach he led the Wings to four MLL Championships and the Wings made the playoffs every year while he was coach. Currently an assistant Lacrosse coach at LaSalle College High School, and assistant coach of the US Lacrosse team.

Lisa Ortlip Cornish Led Norristown High School to the Pennsylvania Girls State Basketball Championship in 1977 and was named to the PA State All-Tournament team. Played basketball and volleyball all four years at Villanova and was selected to the All-Big 5 Basketball Team in her sophomore, junior and senior years. She was voted MVP for the 1979-1980 and 1981-1982 seasons. Currently holds 13 basketball records including 3rd all-time scoring leader, 2nd all-time leading rebounder, and blocked-shot leader for the season and her career and was Inducted into Villanova’s Basketball Hall of Fame in June 1988. Coached Bishop Kenrick High School volleyball team for five years winning the Philadelphia Catholic League Championship in 1986. Head basketball coach at Ursinus College and led them to Tri-Champion of the Southeast Middle Atlantic Conference. In 2017, as a player, won the US Senior Women’s Basketball Gold Medal.

Susan Francia 2 Time Olympic Rowing Gold Medalist, 5 time national champion. She was the US Rowing Female Athlete of the Year and won multiple championships with the University of Penn and the US Women’s National Team. U.S. National Team Gold Medal with the 2012 Olympic Team in London, England and the 2008 Olympic Team in Beijing, China. She won the Remenham Cup at the 2011 and 2006 Henley Royal Regatta. At the FISA World Rowing Championships in 2006 won the gold medal in the women’s eight with a new world’s best time of 5:55.50. Won the championship eight at the 2005, 2006, 2007, 2009, and 2012 Head of the Charles Regatta in Cambridge, Mass.

Hugh McGovern Athletic Director at Springfield (Montco) and St. Basil’s Academy for over 25 years. All-time great track and field athlete at Father Judge High School and was Inducted into Father Judge HOF (2008). Was a full scholarship track athlete at the University of Nebraska where he held numerous track and field records. Was a 1968 NCAA All American in the 4X880 relay. Was named to the All-American Track team and was a Silver medalist in the US Track and Field Championships.

Jack Ladden Won 7 straight PIAA State Team Tennis Championships and 7 PA District One Championships in 9 years as coach of the Harriton High School girl’s tennis team. Jack was a baseball player, coach and umpire for 50 years. He played 1st base for Lafayette College in the college world series. After retiring at age 60 from the electrical business, he was named head coach of the Harriton HS Girls Tennis Team in 2004 and led them to the PIAA State team championship that year, followed by another 6 State team championships in a row.

Bill Leahy LaSalle High School Lacrosse Coach winning four PA State Championship titles (2004, 2008, 2009 and 2013), PA State runner-up (2010, 2012 and 2016) and was the Philadelphia Inquirer Lacrosse Coach of the Year (1997 and 2004), with a LaSalle H.S. record 454 wins and 101 losses. He played with the Philadelphia Wings from 1994-1996. Member of the US Lacrosse Eastern PA HOF, Montgomery County Coaches Hall of Fame and LaSalle High School Hall of Fame. His coaching career began at La Salle College High School where he started the program of boys’ lacrosse and has been the only coach since 1992. His record is 360-76 with 18 Philadelphia Catholic League championships. His team was the first PIAA Champion in 2009 and he won the EPSLA Championships in 2004 and 2008. He was elected Philadelphia Coach of the year in 1997 and 2004.

Jim Serratore, 2017 HoF “Unsung Hero” Founding Advisory Board member of Montgomery County Coaches Hall of Fame, currently First Vice President. Chairman of volunteers for Montgomery County Amateur Golf Championship since 2004. Board of Directors member and secretary for Holy Saviour Club since 2002, overseeing expansion of the club while founding the Triple S Bocce courts and Bocce league. Joined the Sister Cities Program between Norristown and Montella, Italy in 1999. Became president of Sister Cities in 2005 and has hosted high school age children from Montella on cultural exchange trip to Norristown, as well as taking high school age children from Norristown to Montella in alternate years. Board of Directors for Greater Norristown Police Athletic League from 1998 through the present, coached and volunteered for West Norriton and East Norriton Biddy Basketball from 1989 through 1996. Volunteer coach with East Norriton Junior Legion baseball from 1994 through 1997. Volunteer statistician for Norristown High basketball since 1998. Ascended to volunteer assistant coach for Norristown High basketball in 2000.

Five TDs a blast for Barlee, Episcopal Academy
Observations around the PAC after the first three weeks