Observations around the PAC after the first three weeks 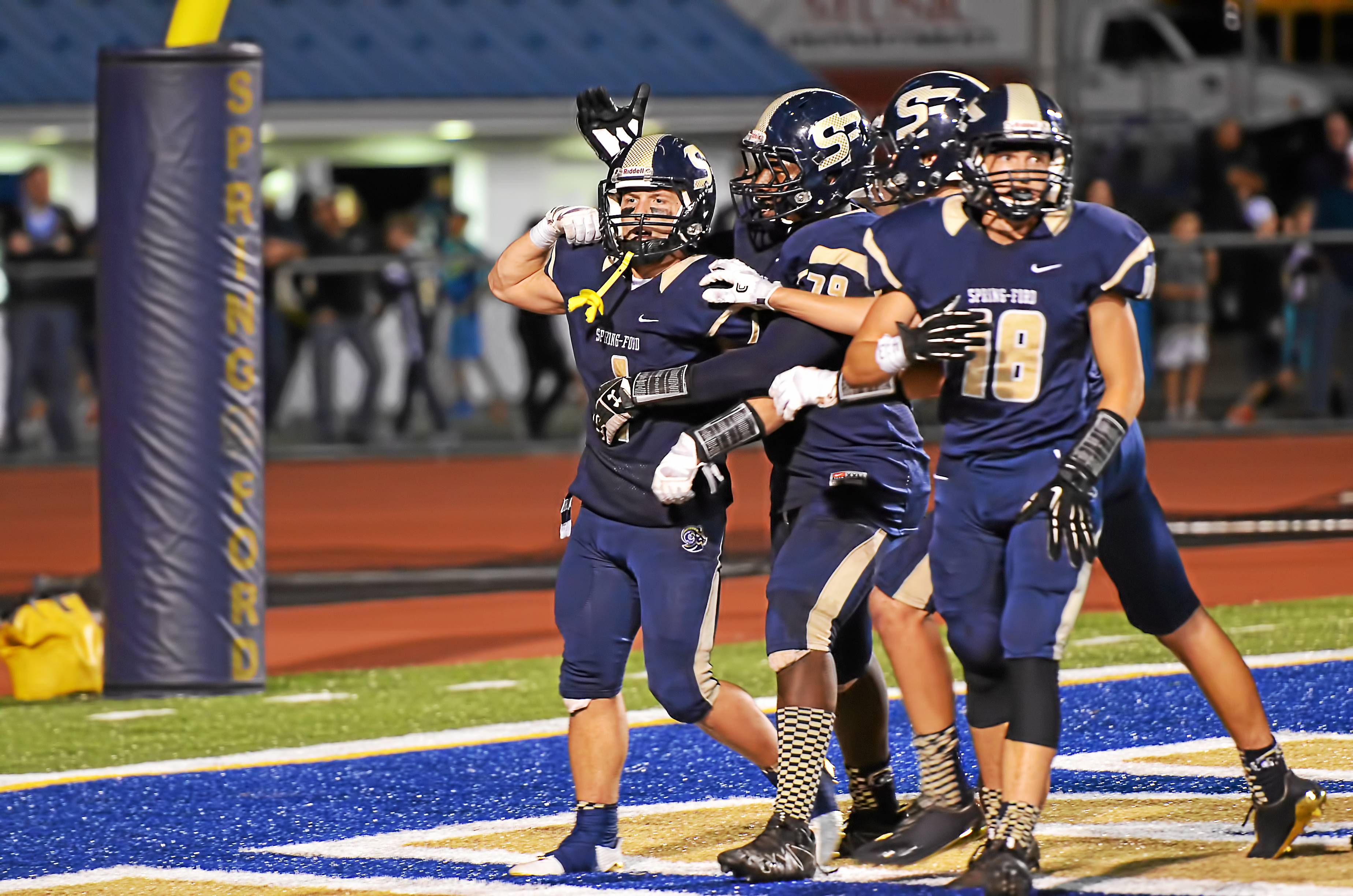 Yes, Owen J. Roberts is at the top of the Pioneer Athletic Conference Liberty Standings. Same too with Pope John Paul II and Pottsgrove in the Frontier Division.

Don’t look for the dust to settle anytime soon, though. A crazy three weeks has added a little zest to an usually predictable PAC season, and with PAC play upcoming within the next two weeks, expect more havoc.

Amidst the chaos, here’s what’s known for sure:

Pottsgrove’s Rahsul Faison is leading the PAC in rushing by a wide margin – his 610 yards doubling the 291 yards of Upper Perkiomen’s Tyrese Reid. It’s not all the “Rahsul Faison Show” at Pottsgrove, though. Quarterback Jay Sisko has five touchdowns to his name, Dez Austin and Kobey Baldwin are freaks athletically, the offensive and defensive line are Rick Pennypacker-standard and the secondary, led by Jimai Springfield and Bailey Delp, has shined in three wins. The preseason looked bright for the Falcons and so far they’re every bit as advertised. Spring-Ford came into the season with questions on both sides of the ball — more so on the defensive side of the ball after needing to replace all 11 starters from last year’s District 1 Class 6A quarterfinalist. After a forgetful Week 1 loss to Unionville, the Rams have started to show signs of growth, even if it hasn’t shown in the win-loss column. After a 28-20 victory over Chester, Spring-Ford’s performance in a 28-21 loss to Wilson rivaled some of what fans have seen throughout the years … with a few hiccups. The intensity was there, so too, however, was the penchant to give up big plays as they allowed Wilson’s Iggy Reynoso to make them look pedestrian on his four touchdowns (two running, two receiving). The Rams don’t believe in moral victories, but if their intensity from last Friday’s loss is replicated week-by-week, Spring-Ford should be finding itself near the top of the Liberty Division again.

The season has been bleak for the Warriors after three straight shutout losses to open the year. Don’t blame the coaches, blame the turnout. For a 6A school, the Warriors’ are trotting out numbers that can be seen in 3-4A, and for a team with good coaching, new turf and new lights, it begs the question of why these kids don’t want to play? This is a squad that’s only three years removed from an 8-2 finish.

Pope John Paul II’s Dan Cirino hauls in a pass during the first half of the Golden Panthers’ victory over Penncrest on Saturday. (Sam Stewart – Digital First Media)

Pope John Paul II head coach Rory Graver will be the first to admit that his team isn’t the biggest, fastest or strongest team out there. What the Golden Panthers lack in size, they make up for with heart. It doesn’t make their wins the prettiest, but their knock-it-out, drag-it-out style finds a way to irk their opponents just long enough before the weekly David takes the slingshot out and goes for the knockout blow. Strong defensive line play from Nick Gailbraith, Denver Francis, Bryan Bendig, Mark Bowen and Mike Ronca coupled with the continued improvement of the team’s linebacking corps including Justin Mitala, CJ McCaffery, Andrew Duff, AJ Natale and Chris Haffey has PJP ranked third in the PAC in total defense (196.7 yards per game). If PJP limits its slow starts the rest of the way, look out for the season-ending matchup at Pottsgrove.

Owen J. Roberts’ 3-0 start can be heavily attributed to their defensive effort, but the play of quarterback Dawson Stuart should be talked about. His numbers throughout the first three weeks have been terrific, ranking first among PAC-qualifiying passers in QBR (150.9) while throwing for 432 yards and four touchdowns. More importantly, however, is his ability to protect the football. After a 2016 season yielded 18 interceptions, Stuart is staying confident in the pocket and is making the safe/smart reads. It doesn’t surprise that he hasn’t been picked off once.

Still Searching for No. 1

Player of the Week Matt DeLaurentis, Pope John Paul II >> Quarterback passed for one touchdown and ran for two more as the Golden Panthers outed Chichester in overtime, 21-20, to improve to 3-0 for the first time in school history.

Coach of the Week

Jason Powel, Norristown >> Powel and the Eagles secured their first win of the season in a 10-9 victory over Plymouth-Whitemarsh in a tight defensive battle.