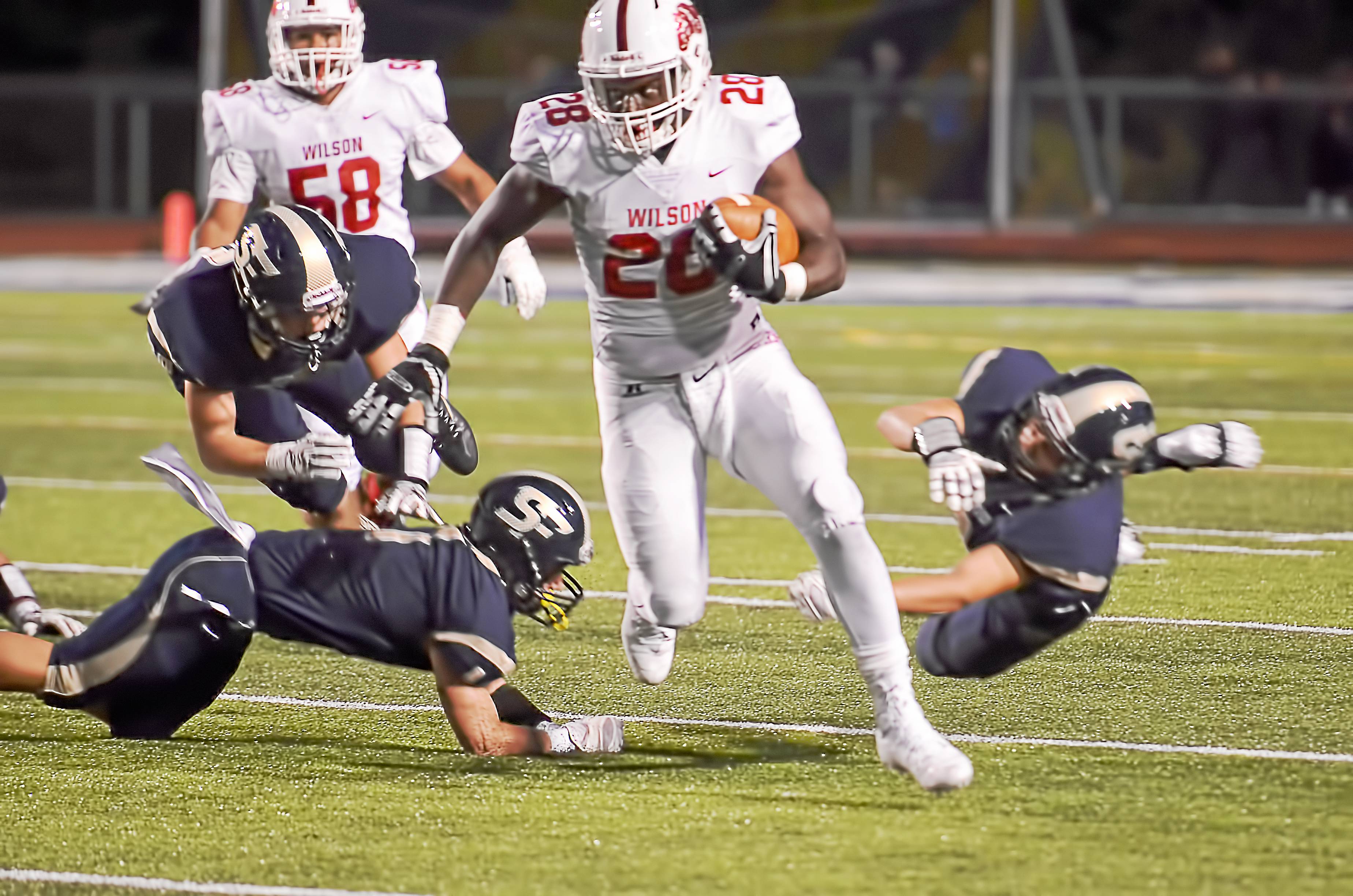 Running back Iggy Reynoso made sure that streak continued … in an emphatic way.

The senior back put Spring-Ford defenders on skates throughout a dominating four-touchdown performance that had the Bulldogs fend off a valiant Spring-Ford effort en route to a 28-21 victory Friday night at Coach McNelly Stadium.

“Our coaches always set up a good gameplan for us every week, and they just told us to go out there and execute,” Reynoso said. “We watched a lot of film during the week and our guys were focused in. We know what we’re going to do and we just had to execute. We did that tonight.” Reynoso finished with 109 yards receiving and two touchdowns on three receptions and added 63 yards on 10 carries with another two scores on the ground — both team bests.

Impressive stats, sure. The way he accumulated the yards, however, was simply sensational.

Reynoso turned in highlight-reel touchdowns, the first stemming from a 6-yard run where he reversed field after running out of real estate on a pitch and bee-lined toward the pylon, stretching out as he was hit by a SF defender along the goal line to make it 7-0 late in the first. He sprung again in the second quarter, hauling in a swing pass from quarterback Connor Uhrig and breaking free from three would-be tacklers en route to a 64-yard score that gave the Bulldogs a 13-7 lead. Tied at 14 in the third, a 6-yard touchdown run gave the Bulldogs the advantage again before he turned in his final highlight-reel catch in the fourth, hauling in another swing pass before juking one defender, reversing field and down the sideline for a 35-yard score that put the Bulldogs ahead to stay, 28-21.

Don’t ask him to take too much credit, though. The back was quick to deflect the accolades, especially to Sean McAndrew, who was a menace on the defensive side of the ball and to quarterback/punter Connor Uhrig, whose punt in the third quarter pinned the Rams at their own 1-yard line. The Rams fumbled two plays later to set up Reynoso’s third touchdown.

“I can’t let my team down,” Reynoso said. “They do a lot for me so I need to do a lot for them. My offensive line is the best. Guys like Wyatt Schannauer, Nate Keller, Nick Johnson, they opened the lanes for me and helped make those plays happen.

The all-around team effort was needed against a Spring-Ford squad that came in looking to put the pieces together following a 1-1 start. The effort was undeniable, but the big plays by Reynoso and two turnovers were enough to negate the quality play from the Rams’ special teams and quarterback TJ Pergine.

“There’s no moral victories,” Spring-Ford head coach Chad Brubaker said after the Rams lost to Wilson for the second consecutive season. “We’re not going to pat ourselves on the back for playing hard. That’s our expectation, playing hard and playing with enthusiasm.

“There’s things that we can build off tonight, going forward. There were a lot of guys that grew up tonight, and we can work with that.” Pergine stood out as one of those players. He was excellent in the loss, throwing for 276 yards and two touchdowns while showing an innate pocket presence that allowed him to evade the ever-present Wilson rush. His play was matched by receiver/defensive back Justin DeFrancesco, whose 31-yard touchdown reception tied it at 21 with 10:42 left in the fourth. DeFrancesco finished with 33 yards receiving on four receptions and chewed up 65 yards on the ground on 14 attempts.

Probably not how they drew it up but @SFRamsFB are on the board! Pergine run from 5 out and it’s 7-7 7:05 left in half pic.twitter.com/nYO3lN73HD

Dante Bonani finished the game with a team-best eight receptions for 92 yards while Mitchell Vagnozzi finished with 32 yards on two receptions, his 27-yard touchdown reception in the second quarter giving Spring-Ford a 14-13 lead entering the half.

NOTES >> Uhrig finished the game with 194 passing yards on an 8-of-20 effort. McAndrew finished with an interception. … Spring-Ford outgained Wilson 340-279. Rick Groce finished with three receptions for 45 yards, his 27-yard reception in the second quarter leading to a 5-yard Pergine touchdown run to tie it at 7.