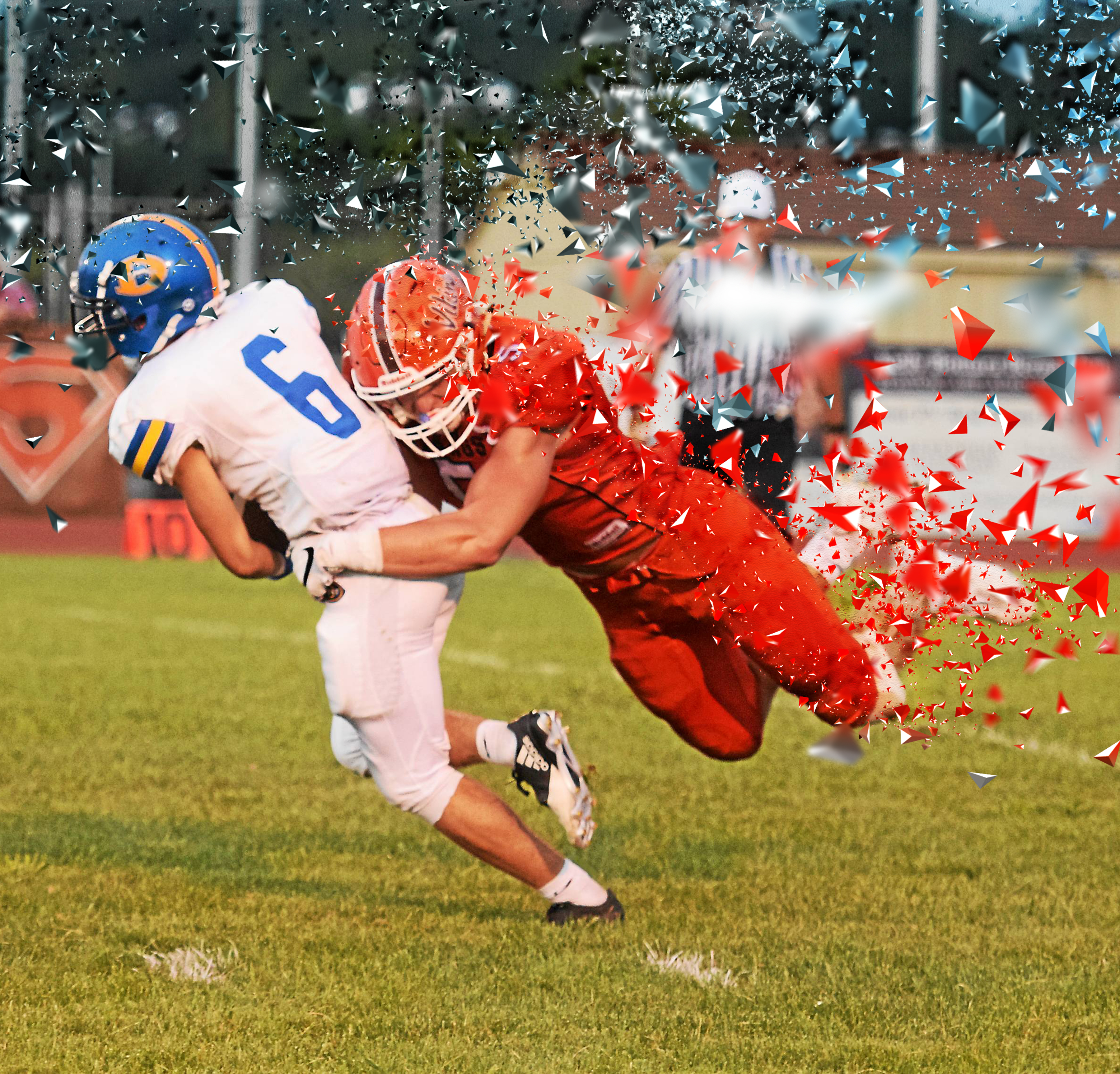 The duo’s efforts for their respective squads highlighted a week for Pioneer Athletic Conference teams that saw both Perkiomen Valley and Pottsgrove post impressive shutouts with other squads such as Pope John Paul II and Owen J. Roberts showing some tenacity on defense in respective wins.

Jackson, the Mercury Player of the Week, was a major pain in the side of Downingtown West as he did it all in what ended up a 38-0 victory for the boys in The Valley. The senior finished with four tackles for a loss along with four batted passes and a shout-out from West coach Mike Milano.

“They had a kid on defense, No. 5 (Jackson), that we couldn’t handle,” Milano said postgame. “He dominated play for 48 minutes. He knocked every tackle down, he batted three or four balls, we couldn’t block him.”

“It wasn’t just me,” he said. “It was an overall team effort. In the second half they started double teaming me and the other guys really stepped up. With me being double teamed, that opened up a lot of space for the other defensive lineman and other linebackers to step up and make the play.”

The next day, Bodolus followed suit. The Falcon defensive end was one of the highlights of a dominating front seven that limited the Burrs to just 168 yards of total offense and made the game a living nightmare for dual-threat quarterback Da’Vion Kidd Jackson. The sack total wasn’t there for the Falcons, but quarterback hurries and relentless pressure were the key factors to the resulting 6-for-24 passing effort in what ended up being a 14-0 victory for the burgundy and white.

“We just kept listening to what our coaches were telling us to do and listen to our gameplan,” Ryan Bodolus said postgame. “It ended up working out and succeeding. We came out hitting hard, and we weren’t intimidated.”

Those efforts stood as the highlights, but plenty of strong defense was showcased throughout the league over the weekend. Pope John Paul II’s defense finished with four interceptions while limiting Penncrest to just 11 yards through the air in a 43-7 thrashing. Owen J. Roberts’ defensive group limited Conestoga to 131 total yards in a 26-6 victory, their second straight victory over the Pioneers, while Upper Perkiomen’s Ryan Kendra finished with two interceptions, one returned for a TD, in a 42-21 victory over Boyertown.

Room for improvement? Most definitely.

“No teams are going to be perfect,” Jackson said. “A lot of mistakes were mental, just reading the wrong play, not seeing the coverage right or where the linemen are going. They’re mistakes that will easily be cleaned up in the weeks to come.”

“We need to work harder on both sides of the ball,” Bodulus said. “We just need to keep working and get better each week.”

Boyertown’s 42-21 loss wasn’t what it had expected to lead into the TJ Miller era. However, Kevin O’Connor did make some team history after tying the single-game mark for most receiving touchdowns in a game (three). He joins Jerry Kapp (2015), Nick Brough (2013), Nole Saylor (2006), Brandon Mason (1998), Joe Priest (1973) and Robin Boughter (1969) among the school leaders. To go along with his three touchdowns, O’Connor finished with four receptions for 113 yards.

PV’s Jackson was the major disrupter, but Malik Smith was the leading stat getter for the Vikings, recording 20 tackles in the victory over the Whippets.

Only Perkiomen Valley and Pottsgrove remain on the Pa Prep Live Top 20 football rankings after Spring-Ford’s opening-week loss to Unionville. PV stayed at No. 9 with Pottsgrove moving up a position to No. 16. St. Joseph’s Prep maintains its No. 1 position with Archbishop Wood, LaSalle, Coatesville and Garnet Valley rounding out the top five.

Player of the Week

Coach of the Week

Patrick Garwo carries Conwell-Egan Catholic football to win over New Hope-Solebury
Worth The Weight: Daniel Boone looks to turn the tide in 2017