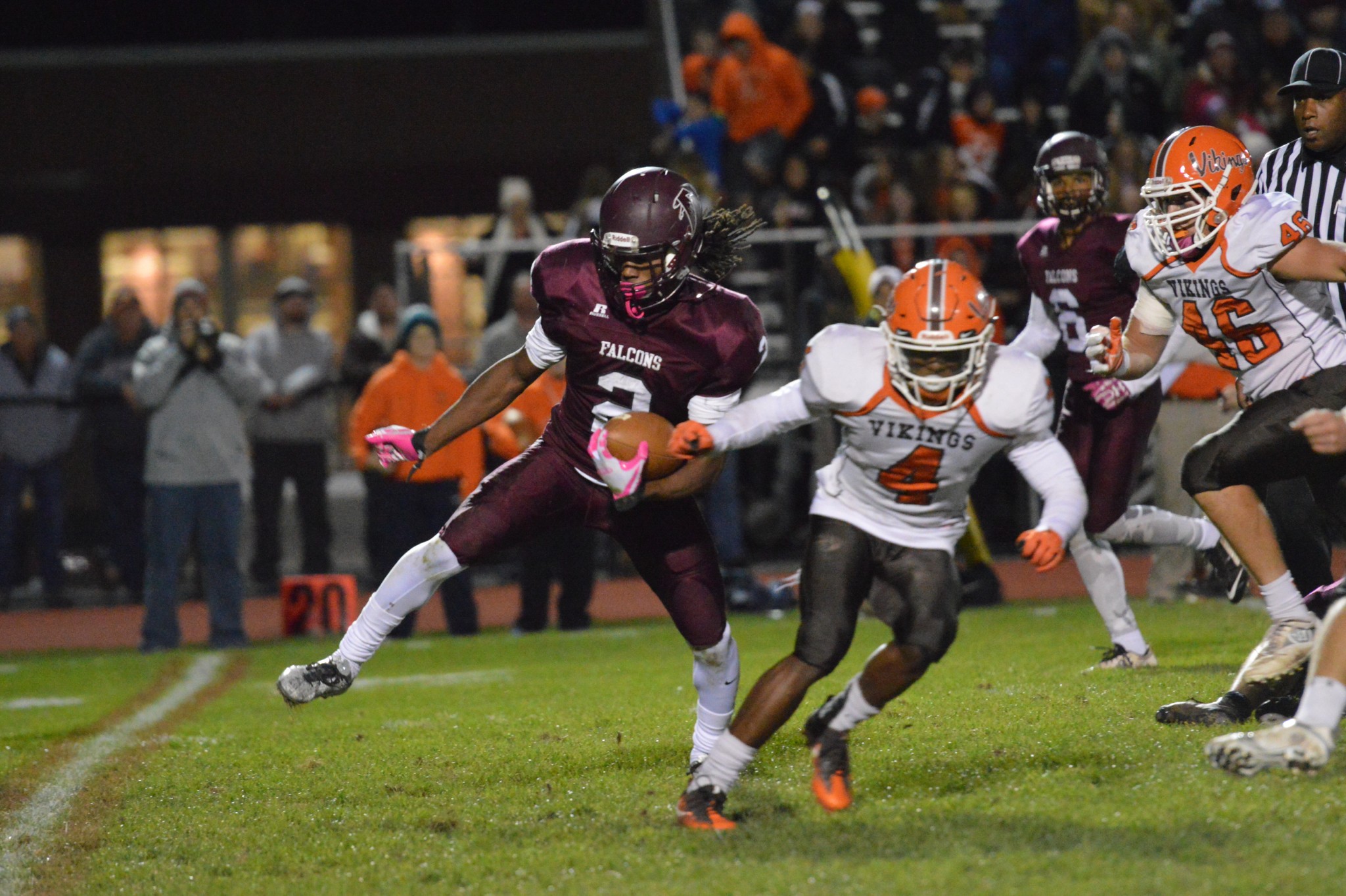 POTTSGROVE >> There’s no secret in what Pottsgrove and Interboro will try and do.

Run, run, and run some more. So as Pottsgrove heads to Interboro for the District 1 Class 4A Championship Friday night, expect nothing less.

“We have to play some smash-mouth football and stay disciplined,” Pottsgrove defensive lineman Tyler Smith. “We need to play our brand of football.”

What is Pottsgrove’s brand of football, mind you? The same as Interboro’s.

“Our brand is old school, smash-mouth football,” Smith said. “Line up against us and try and stop us. We’re going right at you.”

Junior running back Rahsul Faison’s 360-yard performance in the Falcons’ 28-14 victory over Upper Perkiomen in the first round has the team poised for their first district championship since 2011. He’s expected to be a key factor in a game that boasts two 1,000-yard rushers: Faison (1,795 yards and 24 touchdowns) and Interboro’s Chris Thomas (1,453 yards and 22 touchdowns).

“We just have to have the same mentality,” Pottsgrove’s Adam Girafalco said. “Go out there, compete and play physical. A couple of games we started slow this year. We can’t do that. We have to come out of the gate fast.”

Interboro is coming off a 49-12 destruction of Pope John Paul II in the first round. Thomas ran for 135 yards and three touchdowns in the win, which puts the Bucs in reach for their first district title since 2012.

District History >> The Falcons fell to Marple Newtown in last year’s District 1 Class AAA first round last season, which surely provides some motivation for the Falcons this season.

“It was heartbreaking last year,” Smith said. “I couldn’t even believe it. This year we’re trying to give our senior class a championship since we’ve never won one. That’s another incentive for us.”

Interboro fell to Great Valley, 17-8, in last year’s first round. The last time the two teams faced in the district playoffs was in the Class 3A playoffs in 2010 with Pottsgrove winning 42-6. The teams met in the district championship in 2009, Pottsgrove also winning, 28-21.

Spring-Ford out to prove the doubters wrong
Interboro’s McLaughlin, DiSands sidelined but not silenced