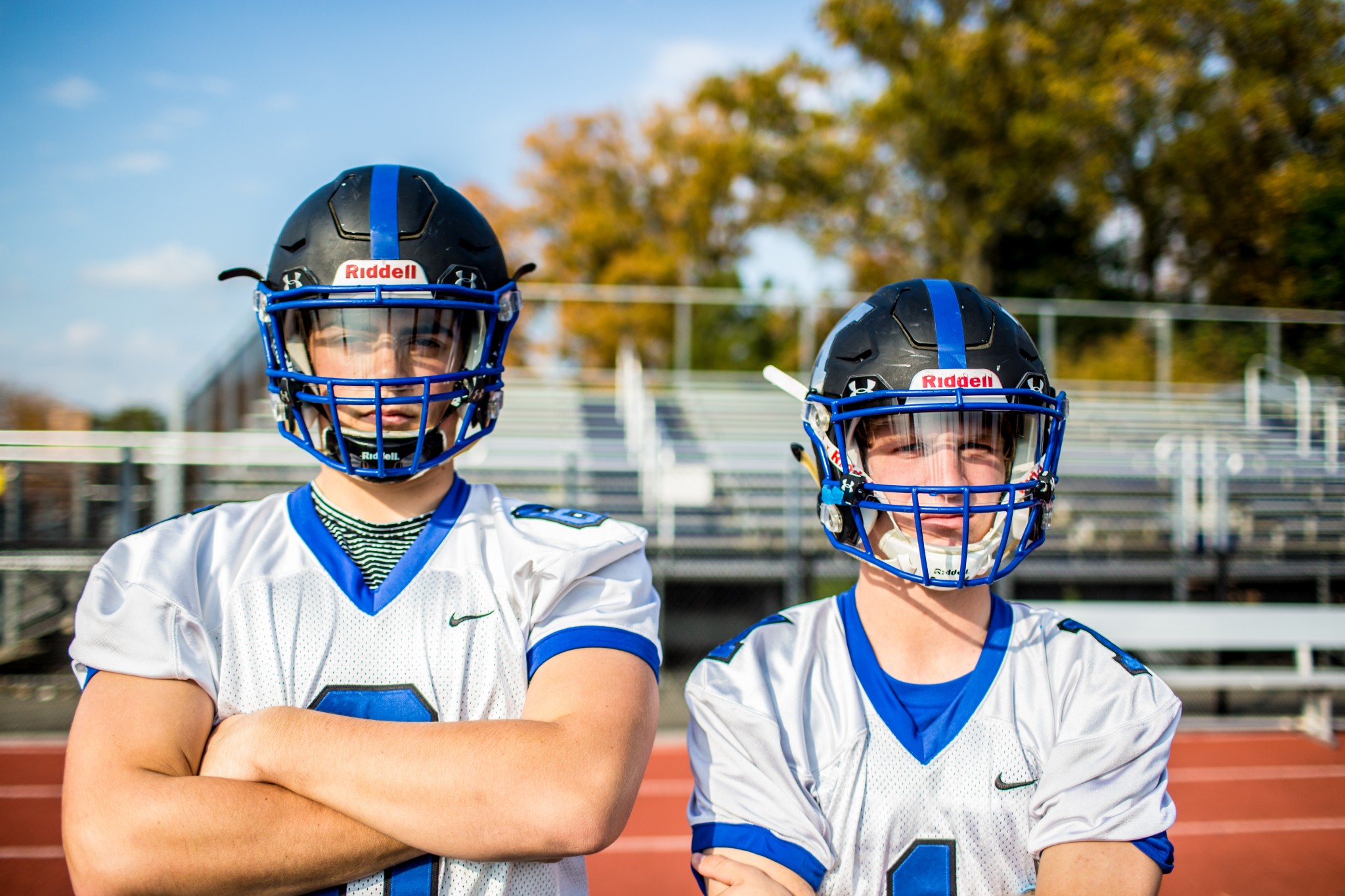 KENNETT SQUARE >> Talking candidly about Kennett quarterback Jake Dilcher, an area coach summed him up rather simply, stating “he’s a pain in the (butt) with his feet.”

Dilcher has been pestering opposing defenses all season, extending plays with his legs.

On a team with a limited roster, Dilcher is the type of multi-dimensional athlete the Blue Demons have needed to be competitive. For the first eight games, the junior QB has been part of a three-headed monster of dual threats, along with running back/wide receiver Myles Robinson and tight end/defensive end Kerry Tomasetti.

Friday against Oxford, and for as long as the season lasts, Kennett will be without Robinson due to a broken wrist. If the Blue Demons (3-5) can knock off Oxford and then Great Valley, they’ll likely qualify for their first trip to the playoffs, but the task just got taller without their most explosive player.

“Obviously it’s tough losing our best player but we’re taking on the next man up mentality with two games left,” Tomasetti said. “If we win both we’re in the playoffs. That was our goal and it hasn’t changed.”

Dilcher, Robinson and Tomasetti gave Kennett three reliable and unique options, offensively. Dilcher (1,774) is second only to Great Valley’s Rob Geiss (2,202 yards) in combined rushing/passing yards in the area. Robinson began the year as more of a runner (496 rushing yards, seven touchdowns) and transitioned into a slot receiver (25 receptions, 448 yards, six TDs) who did it all. Tomasetti, at 6-foot-3, 235 pounds, is a physical blocker on the edge and is also second in the area with 30 receptions (for 412 yards and two scores).

Without the lightning part of the trio available, count on Dilcher to stay his creative self.

“It gives us other options if the receivers can’t get open or if they dump eight into coverage,” Dilcher said of his scrambling. “It gives us options because it’s hard for a defensive back to stay with anyone for five or six seconds if you can create time for things to open up.”

Kennett is 3-5, and with the new PIAA classifications, qualifying for the District 1 Class 5A playoffs is still possible. Of the 26 5A teams in District 1, 17 are .500 or below, meaning there will likely be close to half of the field of 16 in with such a record.

While opinions differ on the new PIAA structure, Kennett is embracing the possibility of playing in November. The Blue Demons have been as close as ever to knocking off one of the Ches-Mont American Division titans, losing to West Chester Rustin by 1 (after going for two and the win late in the fourth quarter) and falling to Unionville (after leading 7-6 at halftime).

Moral victories don’t get anyone to the playoffs, but they do sometimes propel programs in need of a spark.

“We’re moving in the right direction,” Kennett coach Doug Langley said. “We keep getting better every week. We lost to Rustin by one point and we made some mistakes in that game. Rustin is a really good team and we hung with them and could’ve won the game.”

What is Dilcher’s blessing can sometimes be his curse. His ability to extend plays has helped him to 13 TD passes, good for third in the area. He also has an area-high 13 interceptions, albeit with the second-most attempts, 191.

Dilcher started last season as a sophomore but a broken foot in week two ended his campaign abruptly.

“He’s basically had 10 starts and he’s working on technique and tightening things up,” Langley said. “He makes the right reads and moves well and as he improves his technique, the better he’ll be. We’re looking forward to next year and starting off with all this experience.”

Kennett is having its best statistical year on both sides of the ball since the Jordan Lardani-led 2012 team. Connor Hyzny (321 rushing yards) will shoulder much of the load left by Robinson, as well as freshman Garrett Cox.

Oxford is 1-7, but have lost four one-score games and have been competitive in all but one. Great Valley has as much skill as anyone in the American and is playoff-tested. Kennett’s in some new territory, but for the first time in awhile, opponents have their work cut out for them preparing to stop the Blue Demons.

“That’s the one thing I love about this team, no matter the situation it’s never a lack of effort,” Tomasetti said. “We play together and even though our record is not where we wanted it to be, practices have still been good and we’re still up for the rest of the season.”