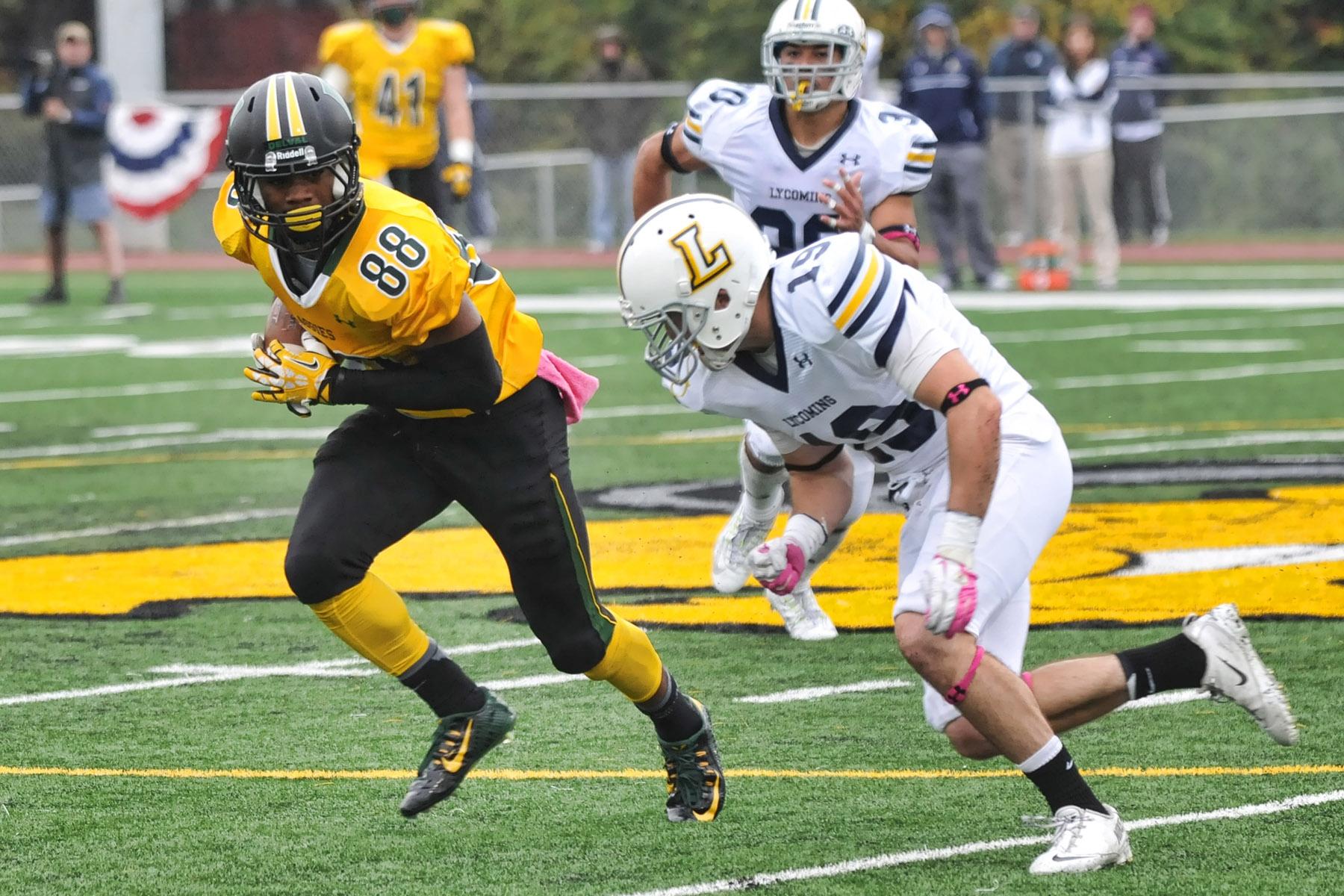 LANGHORNE – Neshaminy Football is going to have a whirlwind week regarding speakers appearing after summer workout sessions. In three days’ time, the Skins are hosting Lehigh University coaching assistant Andy Marino, Philadelphia Eagles rookie free agent Rasheed Bailey and Kevin Kelley, a former placekicker for Neshaminy who went on to set the all-time scoring records at Penn State and the Big Ten.

On Monday, July 13, Marino is returning to Heartbreak Ridge to speak with the varsity gridders.

After guiding the tight ends for the Mountain Hawks in 2014, Marino was recently promoted to offensive line coach in this his second season at Lehigh.

A 2005 Neshaminy grad who helped the Skins to the state championship game in 2004 as the team’s center, Marino came to Lehigh from Widener University where he spent the 2013 season working with the offensive line. During his time with the Pride, Marino mentored one All-Conference lineman while his offensive line paved the way for the conference’s top scoring offense.

Prior to his stint at Widener, Marino spent three years on the coaching staff at Delaware where he spent two seasons as an offensive graduate assistant before working with the tight ends and tackles in 2012. He also coordinated and directed the punt team. In his first season at Delaware, the Blue Hens reached the FCS National Championship game. Marino also worked with Blue Hen center Gino Gradkowski, who now plays for the Baltimore Ravens.

At the high school level, Marino spent one season as the offensive line coach at Whitehall, where he led the team to 7-5 record and the Eastern Conference championship.

A 2009 graduate of Lycoming College with a degree in history, Marino was a three-year starter and a two-year team captain on the offensive line. In 2008, he was a MAC Champion in the NCAA Division III National Playoff Qualifier.

On Tuesday, July 14, it’s Bailey’s turn to talk to the boys. A graduate of Roxborough High School, Bailey takes his trip to the Ridge courtesy of Neshaminy alum Charlie Marterella, a senior quarterback at Delaware Valley College where the two were teammates in 2014.

After finishing his college career recently at Delaware Valley, Bailey, a 6-2, 205-pound receiver, signed a free agent contract with the Philadelphia Eagles.

Bailey finished his four-year career with the Aggies as the school’s all-time leader in receiving yards (3,138) and ranked second and third, respectively, in receiving TDs (29) and receptions (165).

As a senior at DelVal in 2014, he capped his career by setting single-season school records in all major receiving categories with 80 catches for 1,707 yards and 19 TDs. He led all of Division III in receiving yardage, yards per game (155.2) and receiving TDs.

As a team, the Aggies began the season 9-0 and finished 9-2, including a berth in the NCAA Division III playoffs.

On Wednesday, July 15, Penn State and Big Ten career points record holder Kevin Kelly is putting on a kicking clinic. As a true freshman for the Nittany Lions in 2005, Kelly made 16 of 23 field goals (69.6 percent) and 49 of 50 extra points. As a sophomore, he kicked a career best 22 field goals and made all 30 of his point-after attempts.

As a junior, he was good on 20 of 26 field goals (76.9 percent) and made 44 of 45 PATs. In the Lions’ win over Temple at Lincoln Financial Field that year, Kelly broke the career scoring mark at Penn State. Kevin finished his junior year with 307 total points, including a touchdown and a two-point conversion.