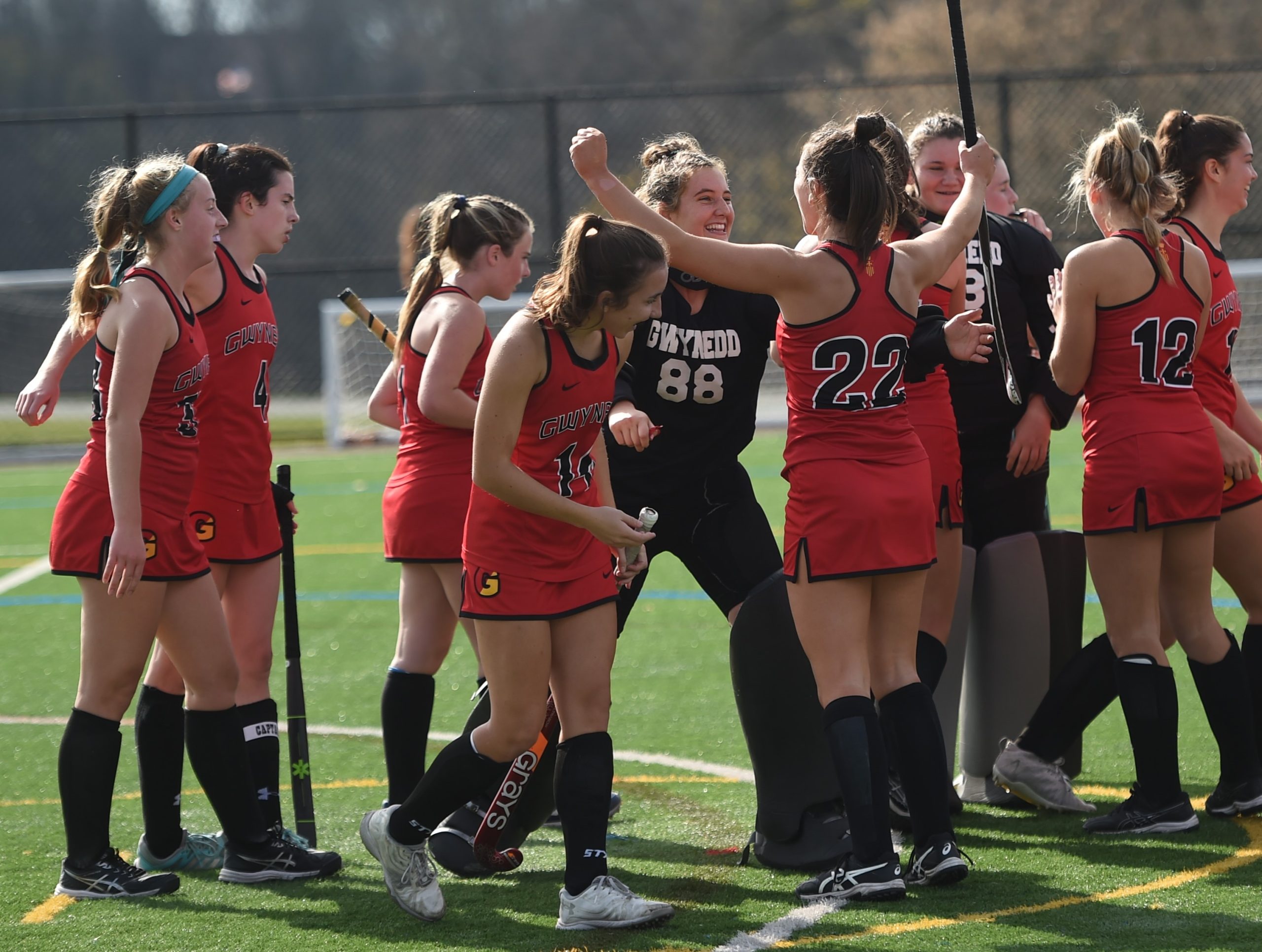 The Monarchs fell behind 1-0 late in the second quarter and the Cougars doubled their lead early in the third. GMA got within one, 2-1, with 7:10 remaining, but couldn’t tie the game. Palmyra scored with four seconds left to make it 3-1.

“We didn’t really know what to expect with them,” GMA senior goalkeeper Lilly Sweeney said. “We knew both teams had really strong players. They were a very talented team. They knew how to pass the ball. I think we did do a great job keeping up with them. I think sometimes we get in our heads, at least I know I get in my own head, just really trying to stay in that mental headspace. Everyone is going to face hard teams, it’s just a matter of if you’re ready to face them or if they’re going to take right over you. I think Gwynedd did a really good job of staying in it.”

Gwynedd Mercy had a chance to take a 1-0 lead halfway through the second quarter. Madeline Bogle put two strong shots on goal on a penalty corner, but both were saved. After the second rebound, things got chaotic in front of the Palmyra cage. The Monarchs tried to force the ball in, but Cougars defenders were there to keep it scoreless.

“Those goals are always hard to make, especially when it’s on the line,” GMA coach Katie Ronan said. “It was a great shot and a great rebound, just very unlucky that it didn’t go our way on that call, but we have to move on from that and be able to move on to the next one.”

Palmyra got on the scoreboard first with 4:29 before half. Crisp passes on a penalty corner set up Katie Lintz, who put a strong shot into the back of the cage.

“It was a great shot,” Sweeney, who made four saves, said. “It was in that hard position where it’s a really tough one for me to save.”

Palmyra’s Avery Russell used a spin move to get around a defender in front of the cage and score just 2:18 after halftime, doubling the Cougars advantage to 2-0.

GMA gave itself a chance when it scored with 7:10 left in the game. Catherine Fitzgerald inserted a penalty corner to Sydney Mandato and got the ball back. Fitzgerald found the back of the cage to make it a 2-1 game.

“We’re not one to give up,” Ronan said. “The girls wanted it. We wanted it so bad. They’re never going to give up on it. Even when that last goal went in with four seconds left, they’re still going for it.”

The Monarchs got a few chances over the final seven minutes, but couldn’t score before Palmyra made it 3-1 with 4.4 seconds left.

Gwynedd Mercy Academy won the Athletic Association of Catholic Academies league this season and reached the District 1-2A title game before getting to the state final four. It was a strong follow-up to its 2021 district championship and state finals appearance.

“It’s been absolutely amazing,” Sweeney said. “As a junior last year, that was like a dream come true for me and even this year. Obviously I know it’s harder as a senior to be graduating and leaving that, but I think all the seniors made such an impact on this program and I know that the juniors, sophomores and even freshmen are going to continue that impact. It’s knowing that you did something while you were in high school, you achieved something.”

“So incredibly proud of the girls,” Ronan said. “It’s an amazing achievement to be able to win the league and then make it all the way to the state semifinals. Very, very proud of them.”