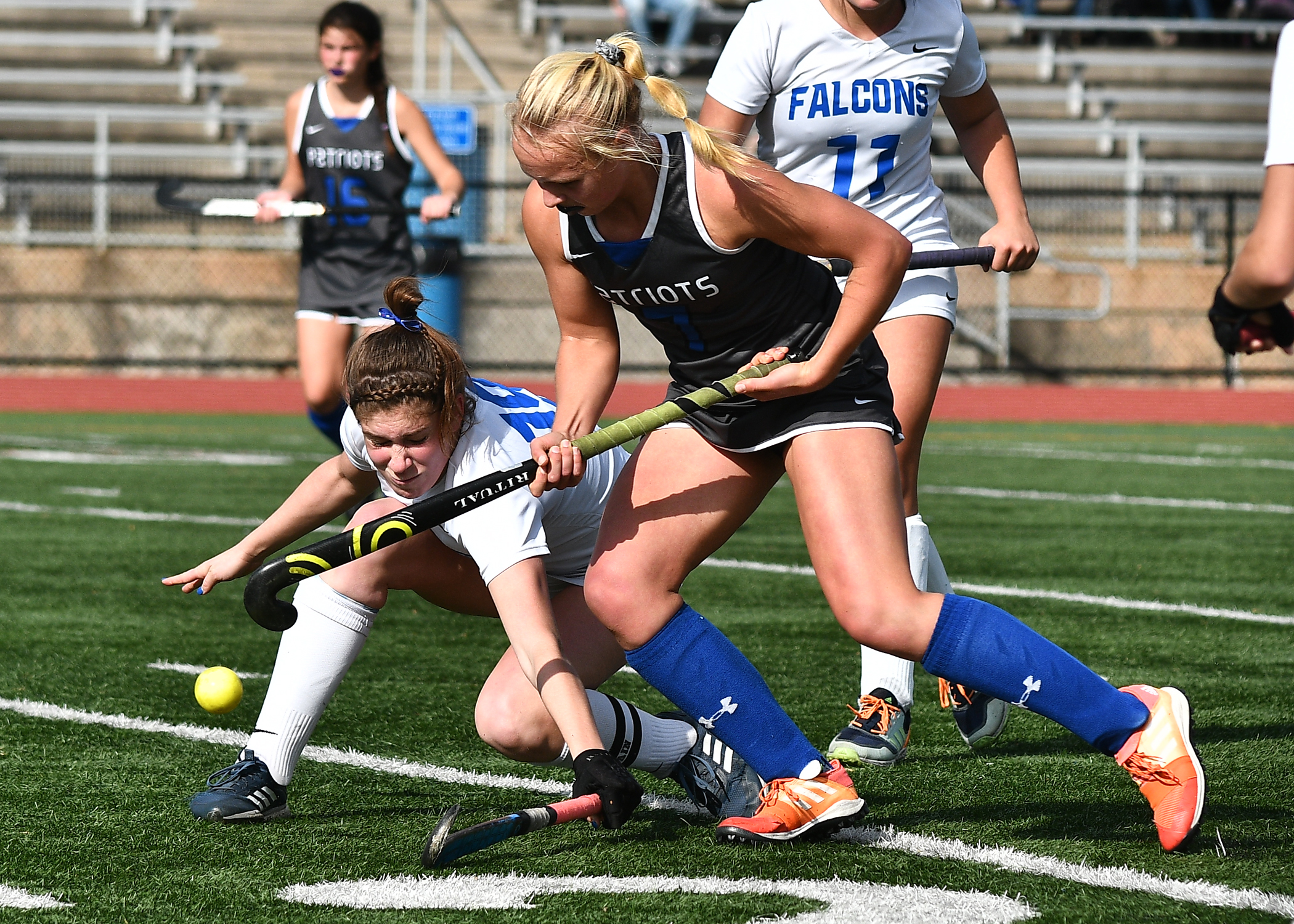 EXETER TWP. >> You’d be hard-pressed to find two more evenly-matched field hockey teams than Great Valley and Lower Dauphin. Squaring off in the PIAA 3A state quarterfinals, the two teams battled through 60 minutes of regulation, matching each other nearly shot for shot, score for score, before Lower Dauphin (20-3-1) found the back of the cage with 2:30 left in overtime for a 2-1 win which put an end to a fantastic season for Great Valley (20-4).

“This was a great season,” said Great Valley coach Brenda Haley. “It’s sad to see it end, but if you have to lose, at least we went out with a loss to a great team in a great game where we played our hearts out until the end. I couldn’t be more proud of this team.”

Neither team got much going in the early going. Lower Dauphin had a slight edge in penalty corners in the first period, but the momentum seemed to swing back towards Great Valley in the second. But after a back-and-forth third period, the score was still knotted at 0-0.

The Falcons finally broke the stalemate just over two minutes into the fourth period when they converted a penalty corner on a goal from Avery Pollock. While the Patriots cranked up the intensity and began to pressure the cage relentlessly in response to the Lower Dauphin score, it wasn’t until just under four minutes remained that Great Valley got on the board.

Awarded a penalty corner with 4:27 showing on the clock, Eve Nemeth put the ball in play on the insert. The Patriots attacked aggressively, pounding the Falcon goalie with shot after shot, before Nadia Nemeth found the back of the cage with 3:47 remaining.

Great Valley had the first opportunity in the seven-on-seven overtime, forcing a corner at the eight minute mark, but couldn’t convert. Lower Dauphin then went to work, forcing the next four penalty corners before finally converting with a goal from Ava Mason.With the win, Lower Dauphin moves on to Tuesday’s state semifinals, where they will face Conestoga, a 2-1 overtime winner themselves Saturday afternoon.

The Patriots’ season ends with a record of 20-4. All four of those losses came at the hands of teams who reached the state quarterfinals — District 1 champ Downingtown West, Conestoga, Lower Dauphin and Mechanicsburg, who will be playing in the Class 2A semifinals Tuesday against Villa Maria.

“We’re going to have to replace a great group of seniors, but we have some great young players coming back,” said Haley. “We had two freshmen in the lineup, and to see the kind of growth they’ve had this year is fantastic. We took some tough losses to some very tough teams, but that should only help us continue to grow and come back hungry next year to take the next step.”

Patriot senior captain Grace Flynn has been a big part of the rise in the Great Valley program, and hopes she and her fellow seniors have helped set the tone for continued improvement at Great Valley.

“We’ve come a long way since I was a freshman,” said Flynn. “We didn’t go very far in the playoffs at all my freshman year, and last year we got beat 4-0 in the first round of states to Lower Dauphin. We’ve worked really hard to get where we are, and I’m proud of the way we played today. The last four years will always mean a lot to me, and I just hope next year this team comes out with the same energy and positive attitude. We grew with every loss, and I hope to see them just keep getting stronger.”