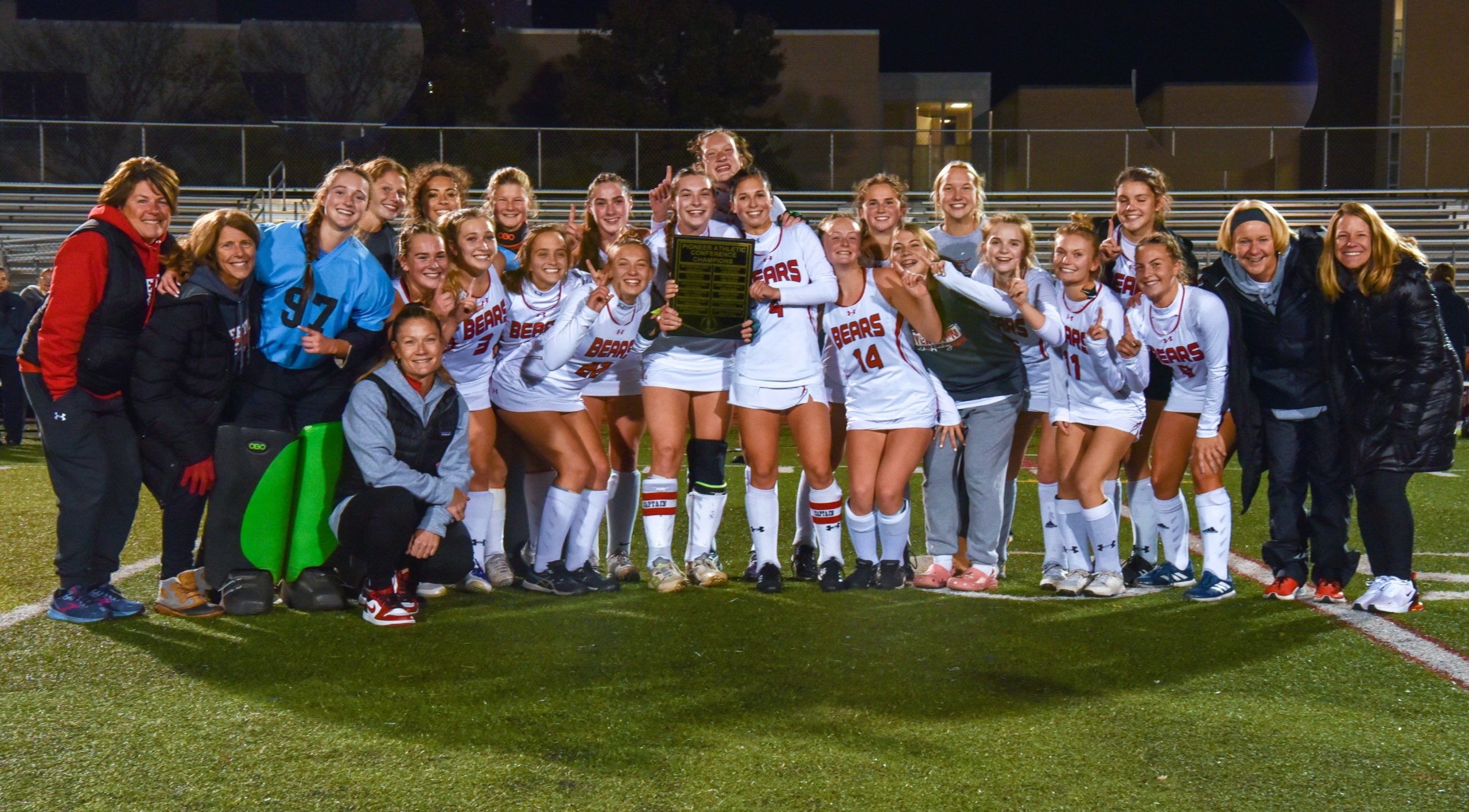 RED HILL >> For Boyertown and senior Katelyn Dulin, a Pioneer Athletic Conference championship was a long time coming. But the Bears finally got their first one since 2002 on Thursday night with a 3-2 win over Spring-Ford in the PAC playoff final at Upper Perkiomen’s Keeny Stadium.

Dulin scored twice in the first half as Boyertown (16-3-1) built a 3-0 lead and then held on as the Rams attempted to rally back for a win as they had in Tuesday’s semifinals.

“I’ve been coming to the PAC championships since I was a little girl,” Dulin said. “Now that I’m here, it’s really cool. It’s a dream come true my senior year. It’s crazy.”

The Bears picked up 10 corners in the first half and took advantage of them. Havrilla scored unassisted just 4:48 into the match. Then Dulin drilled in a shot from just inside the top of the circle off a pass from Peyton Shellaway with 10:38 left in the second quarter.

“Peyton Shellaway is developing into a really good inserter,” Terrizzi said. “That gives us more time in the top of the circle.”

Dulin scored again a little less than two minutes later to make it 3-0.

But Spring-Ford, which wiped out a 2-0 deficit to win 3-2 against regular season champion Methacton in the semifinals, started another rally after the halftime break.

Gagliola scored on a pass from Julia Corropolese off a corner play 4:41 into the third quarter. That was followed by a long period of back-and-forth play as both teams had numerous corner opportunities the rest of the third quarter and much of the fourth.

“The corners were good in the first half,” Dulin said. “But I think Spring-Ford picked up on it a little bit in the second half.”

The Rams got to within one when Friend knocked the ball in from the middle of a scramble in front of the net with 2:40 left in regulation. Spring-Ford was awarded a corner as time was running down, but a hard shot from the right wing by Corropolese deflected off a Ram player’s stick and went high and wide of the cage with 30 seconds left and Boyertown was able to run out the clock from there.

“(The Rams) are super, super dangerous,” said Terrizzi, whose team won by the same 3-2 score over Upper Perkiomen in the semifinals. “They are so fast and skilled. I’m proud of the girls. They worked hard and we did what we needed to do tonight.”

Spring-Ford had allowed two goals early in the second half on Tuesday, but kept fighting then and on Thursday as well.

“We did,” Rams coach Jennie Anderson said. “I think we made better adjustments in the second half that put us in position to win the game. We go into games and we know whatever the score is, we have a chance. We believe in each other and our style of play. We can’t say enough about the way our girls played.”

Spring-Ford lost its first three contests this year and six of its first nine against strong competition. But the Rams finished 18th in the District 1-3A rankings and will visit No. 15 Quakertown for an opening-round match on Monday.

“We played some tough games to prepare us for the league,” Anderson said. “Just so we gained the experience and confidence. The PAC playoffs have given our girls some really good experience going into next week. It’s really going to help us going into Monday.”

Boyertown had won its first and previously only PAC title in its first season in the league since moving from the Berks Conference. Last year was the Bears’ first in the playoffs since 2008 and they made it to the second round of districts.
This year, they are ranked No. 9 and will host No. 24 Haverford on Monday.

“Our change of coaching staff was amazing,” Dulin said concerning the team’s turnaround the past two seasons. “And just our chemistry on the field. I can’t wait to see what we do in districts. That’s the next step.”

Spring-Ford’s Aubrey Grossman, near, and Boyertown’s Katelyn Dulin compete for the ball during the PAC final Thursday. (Courtesy MJohn McConney)