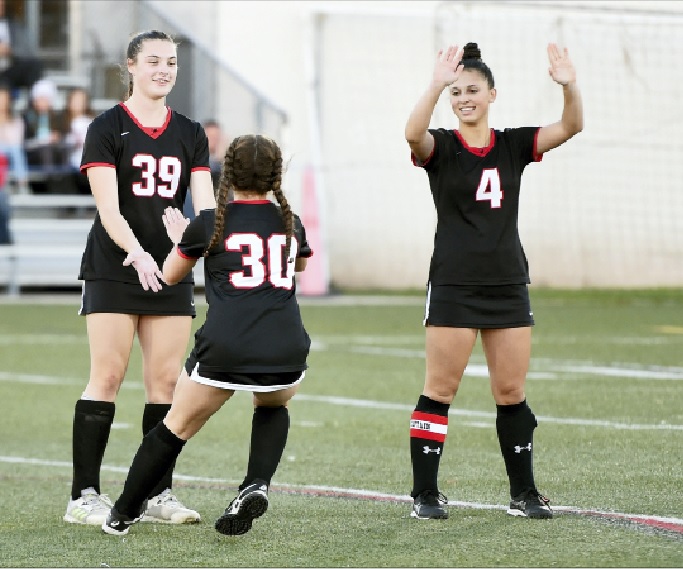 The Pioneer Athletic Conference field hockey championship match between No. 3 seed Boyertown and No. 4 Spring-Ford will be played Thursday, 7 p.m. at Upper Perkiomen’s Keeny Stadium.

Head-to-head: Boyertown defeated Spring-Ford 4-3 in overtime on Sept. 15 on a goal by Katelyn Dulin and 5-2 on Oct. 6 with Dulin scoring three.

Last season, the Bears made their first playoff appearance since 2008 with a 2-1 overtime win over Methacton in the semifinals and a 3-1 loss to Upper Perk in the final. Boyertown won its only title in 2002 in its first season after moving from the Berks Conference to the PAC.

Spring-Ford came back from a two-goal deficit to defeat No.1 seed Methacton 3-2 in Tuesday’s semifinals. Aubrey Grossman scored the game-winner with 12 seconds to go, assisted by Nina Scott. The Rams lost to Owen J. Roberts 1-0 in the 2016 final and won titles in 2000 and 2012.

Bears at a glance: Boyertown has gone 7-0-1 since losing 5-2 to Methacton on Sept. 23 and handed the Warriors their own league loss (2-0) late in the season. Michigan State-bound Katelyn Dulin was The Mercury Player of the Year last season. She scored the game-winner in the first game against the Rams this year and produced a hat trick in the second. The senior attack has gotten plenty of help from sophomore midfielder Peyton Shellaway with two goals and three assists in the two wins against the Rams. Other players to watch on offense include junior midfielder Hannah Ulrich (one goal in each contest) and junior Taylor Havrilla. Senior golakeeper Sarah Yoder came up with eight saves in the overtime win and nine against Upper Perk on Tuesday. The Bears have scored 64 goals while allowing only 27.

Rams at a glance: Spring-Ford lost three straight non-league games to start the season and stood at 3-6 midway through the season, including 4-0 and 3-0 losses to Methacton. Since then, the Rams have gone 8-2 and have used their experience in close games in one-goal wins over Owen J. Roberts, Upper Perkiomen and then Methacton on Tuesday. Junior forward Nina Scott played a key role in the win over Methacton on Tuesday with a goal that tied the score at 2-2 and an assist on the game-winner by sophomore midfielder Aubrey Grossman. Defender Julia Corropolese got the Rams on the board to start the comeback on Tuesday and has provided some big assists during the course of the season. Junior forward Erin Zimmerman and sophomore forward Marissa Cagliola got Spring-Ford off to a fast start in the second game of the year against Boyertown. Senior Katie McCreary has been solid in goal, including a 12-save effort against Methacton in the semifinal. The Rams have scored 66 goals while allowing 43.

Matchup: Both teams have been getting better as the season progresses and both will be hungry for a PAC title. The Bears won the first regular season meeting in overtime and the second was closer than the 5-2 final might indicate with a 2-2 tie at the half and Boyertown scoring twice in the final six minutes. Another close one is only to be expected with the Bears coming out on top. But don’t count out the Rams after Tuesday’s win.