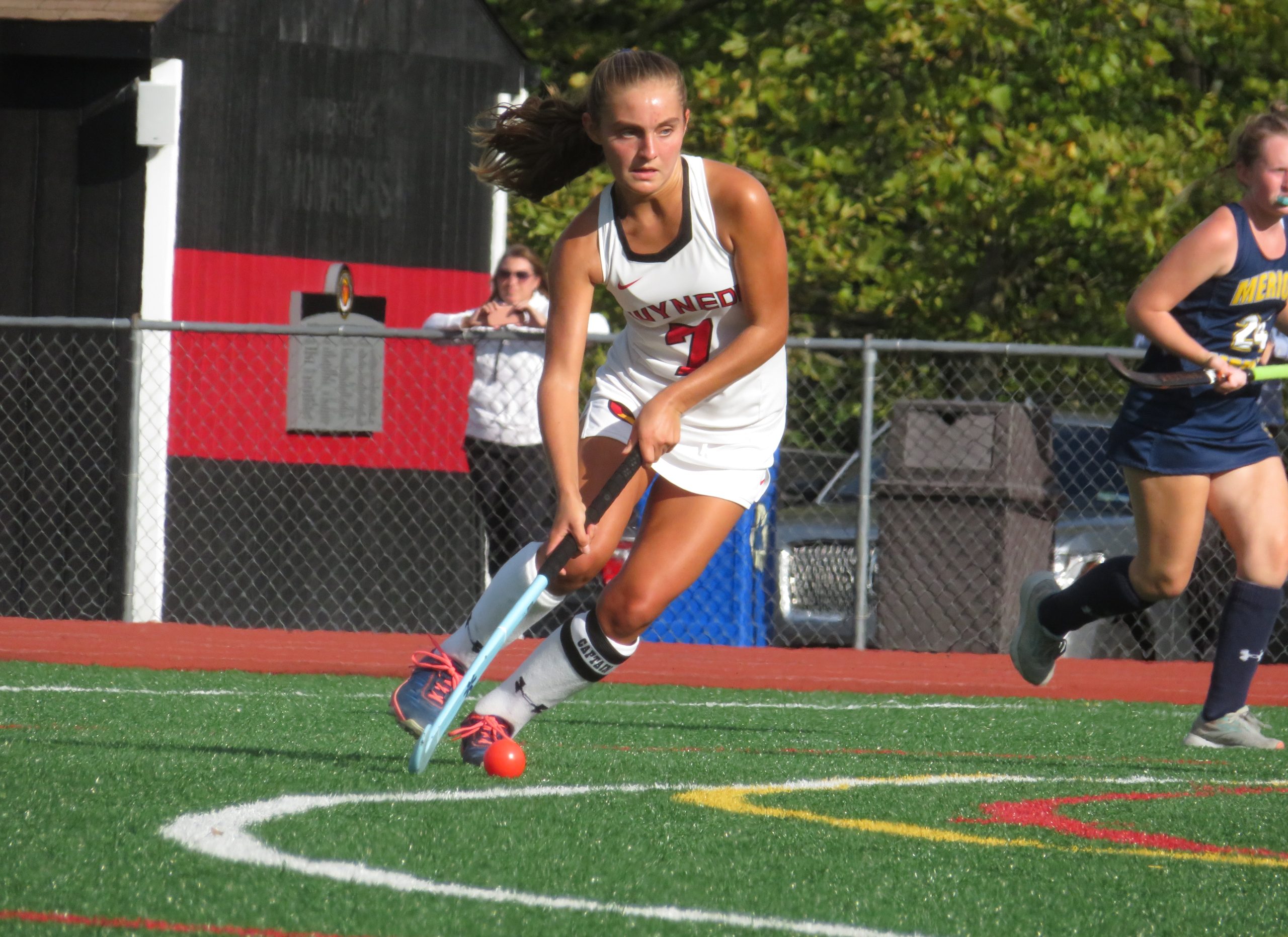 Despite the large gap in scoring opportunities, GMA only led by two goals at halftime.

That changed after intermission. The Monarchs doubled their advantage in the third quarter and added another in the fourth to pick up a 5-0 Athletic Association of Catholic Academies win at Gwynedd Mercy Academy High School.

“We just remember that we need to focus and frame the goal and knock those shots in,” GMA captain Sydney Mandato said. “We’re so close all the time. We just need to focus on finishing, then when we come in at halftime and realize we are only up by two, we just put our heads in the game and finish the goals.”

Mandato scored the first goal of the second half to make it 3-0 with a reverse hit.

The Monarchs (6-0-1, 4-0 AACA) showed off their passing ability with their final two goals.

Kate Chipman scored to make it 4-0. Mandato passed to Rory Saxon, who quickly sent the ball to Chipman for the score. Saxon sent up the fifth goal when she passed around the final defender to let Audrey Beck go one-on-one with Merion’s goalie. Beck found the back of the cage to make it 5-0.

“We are really strong on our give-and-go passes,” Mandato said. “When we get a breakaway we’re really good at working up the side and then into the middle, then up to the goal. We can just get up there and hit them into the goal nicely, especially when we breakaway from the defense.”

GMA built its 2-0 lead with two goals on penalty corners in a 3:02 stretch in the first quarter. Alexandra Falconio scored the first goal when she tipped a Madeline Bogle shot into the cage. In the final 30 seconds of the first, Caroline Fitzgerald deflected a shot past the goalie for a quick two-goal lead.

Monarchs goalie Lily Sweeney turned away all seven shots she faced in the game.

“We all really support each other,” Mandato said of spending most of the game on the offensive end. “If we lose the ball in the middle of the field, we’re always backing each other up so we keep it in the attacking half.

“Our defense is great. They work really hard and everyone gets back. We’re really a team-centered team. We focus on the team aspects all the time and defense is a really big team aspect.”