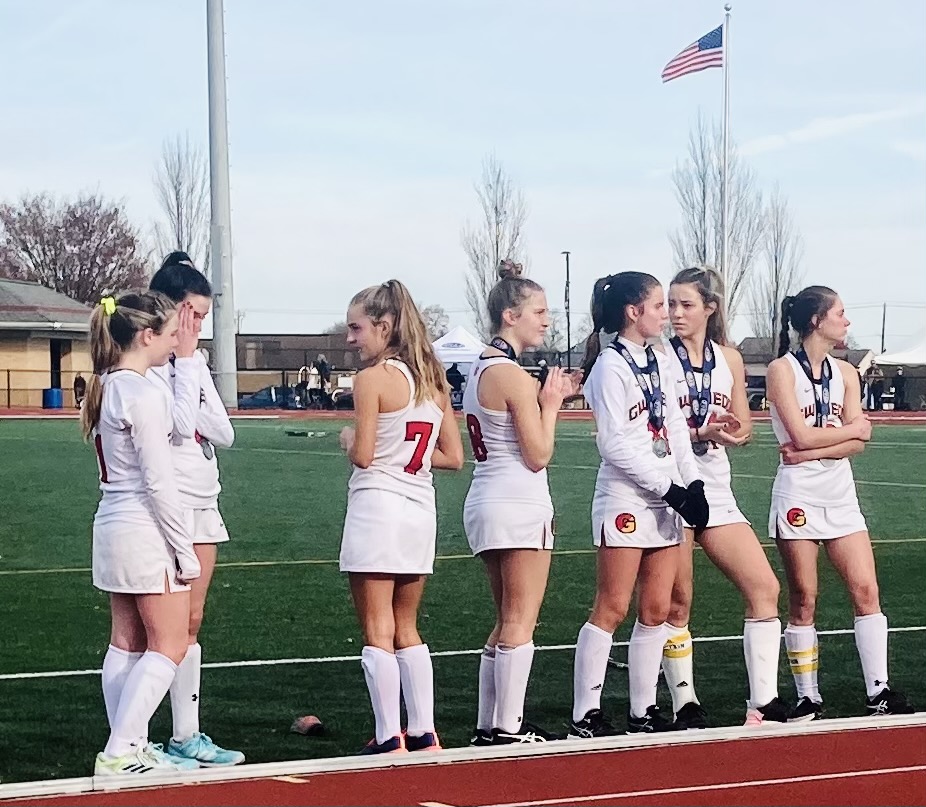 WHITEHALL >> Gwynedd Mercy Academy went sprinting into the half on Saturday, scoring with zeroes on the clock, but a second-half rally by Twin Valley earned the Raiders the PIAA-2A trophy.

Twin Valley battled back to a 3-2 victory in the state final at chilly Zephyr Stadium, bringing a close to a tremendous, landmark season by the Monarchs.

“We were excited to be here. I think it means a lot to everyone,” said GMA’s Alaina McVeigh, headed to Duke next year. “We had a great student section here. We worked really hard, Twin Valley played well.

“We knew it wasn’t gonna be easy so we just tried to play our game. It didn’t work out for us today but we had a great season.”

GMA, the District One Champs, closed out the season 20-3-1, reaching the state final for the first time since 1996.

“You’ve gotta give Twin Valley credit but we didn’t doubt ourselves for a second,” said Monarchs coach Ally Fuller. “We were in uncharted territory for Gwynedd, which is something we’re proud of, to be able to give back to the school. We went for it, and for that, I’m really proud of them.”

GMA struck first, with McVeigh driving one home less than seven minutes into the contest to make it 1-0 Monarchs.

Twin Valley came right back though, tying things up at one apiece when Natali Foster set up Emma Winther.

After a 1-1 tie at the end of the first quarter, the two teams battled back and forth, but one final surge by the Monarchs provided the difference at the break.

McVeigh scored again for GMA, this time off a penalty corner, putting the Monarchs up 2-1 at the break. Audrey Beck assisted on the play.

The Monarchs went into the third quarter up 2-1 but the Raiders began to piece things together.

Twin Valley dominated possession in the third, not allowing a shot until the final two minutes of the period.

The Raiders drew even with 6:31 left, on a goal by Foster (Winther assist), and then charged ahead 3-2 with 3:36 to go on Foster’s second goal (Hadley Munn assist).

The Monarchs made a push in the fourth.

The Monarchs turned up the pressure in the fourth but Maddie Stevens was able to make a couple clutch stops for the Raiders. Lily Sweeney made multiple saves in the third to keep GMA within one.

Twin Valley gained possession one final time in the last minute to hold on.

“It was a really good, fun season, and we played really well all throughout so I’m happy for us,” McVeigh said. “I think we showed we belong here.”