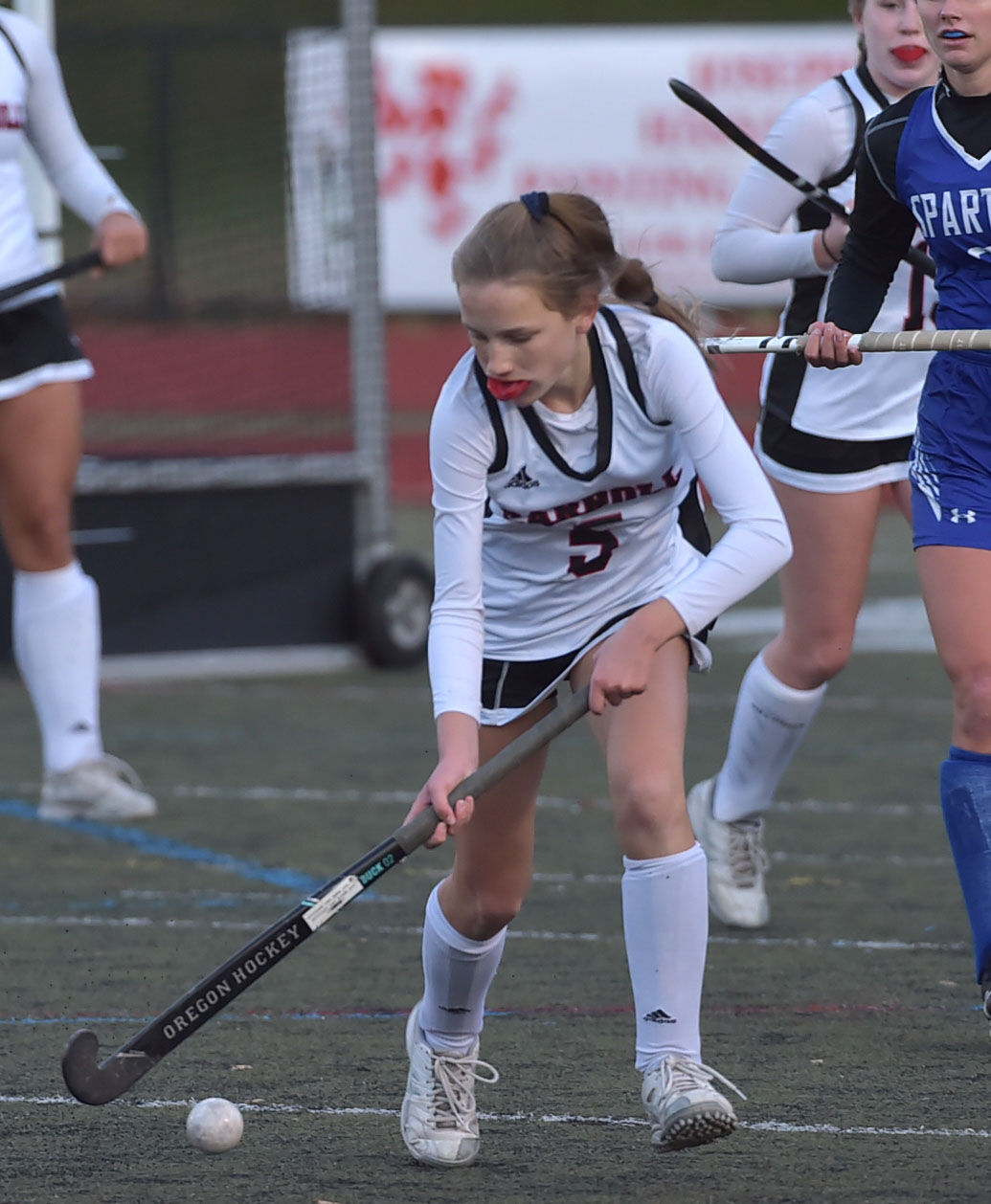 FAIRVIEW VILLAGE – Archbishop Carroll coach Christina Elisio chose to look back at the many good things that happened to the Patriots since they gathered in August for their first practice of the field hockey season.

Senior Grace O’Neill was looking forward to a few days off before resuming her basketball career.

Junior Courtland Schumacher decided to talk the 2022 season, one which she hopes will end as Carroll’s 2020 campaign did – with her team playing for the state championship.

It was only a few minutes after the final whistle signaled the conclusion of Carroll’s season Saturday afternoon. The sun was setting at Methacton High following Twin Valley’s 5-0 victory over the Patriots in the quarterfinal round of the PIAA Class 2A tournament.

As the temperature dropped and some tears began to fall from the Carroll seniors, Elisio reflected on the good things she and her players and assistant coaches had the opportunity to share.

“I told them to hold their heads high,” the seventh-year head coach said. “We’re a young team, and we do lose six seniors who were in the state final last year, won the (Catholic League) title in overtime this year and survived an overtime game in the first round of the state tournament to get here today.

“We played a very strong first half against a very good team with a phenomenal player (Drexel commit Natali Foster). Things fell apart a little in the second half. But we have a lot to build on and we want our younger players to want to be back here again next season.”

In the opening 15 minutes, Carroll goalie Reilly McMenamin turned away a great scoring chance by Foster (one goal, one assist) and Cate McConaghy and O’Neill made key defensive plays for the Pats on Twin Valley penalty corners.

The Raiders (25-2) made the most of a corner play to break into the scoring column 3:49 before the halftime break. Foster gathered the ball at the top of the scoring circle and pushed it toward Emma Winther (two goals, two assists), whose redirection eluded McMenamin to give TV a 1-0 lead.

The second period was the only one in which Carroll (12-7) put shots on goal (three). Then the Patriots had trouble in the third period when they gave up four penalty corners.

Freshman Adrianna Hall scored off a feed from Winther on a corner play, and less than a minute after the Pats’ Sienna Golden was sent off with a yellow card, it was Twin Valley sophomore Hadley Munn getting a goal to finish a corner play, with Hall providing the assist.

Before the period ended, McMenamin stopped a Winther penalty stroke and the Raiders added their fourth goal, this one by Foster, who was assisted by Winther.

Winther closed out the scoring with a blazing long drive that McMenamin couldn’t get in front of with seven minutes to play.

“Being together with all of my teammates has been so much fun on and off the field,” said O’Neill, who is headed to Drexel to play basketball. “The team dinners and so many other things are what I’ll always remember.

“We knew what a strong team we had to go up against today, but we stayed right with them in the first half.”

Schumacher agreed with O’Neill about the experiences all of the Carroll players shared.

“All season long the focus has been on playing together and enjoying what we were doing,” Schumacher, said. “Our theme was doing things together as a unit.

“I think we know there are things we will have to work on before next season, and that should keep us motivated.”

Since the Catholic League schools joined the PIAA a dozen years ago, Archbishop Carroll teams have won state titles in boys and girls basketball and girls lacrosse.

“I think now you’re seeing how Carroll field hockey has been making a name for itself,” Elisio said.