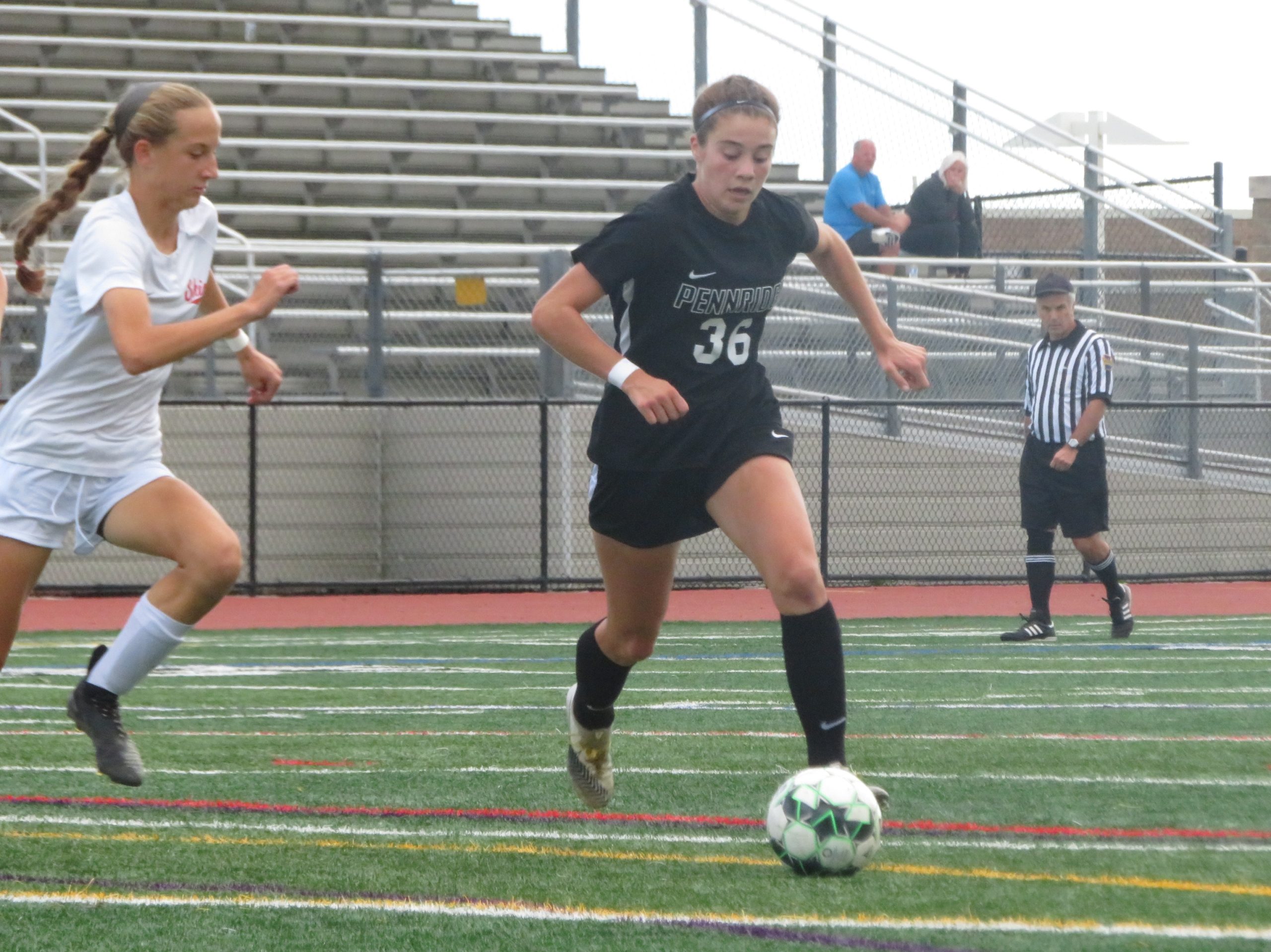 “On the front line Brooke Lobban and Kyra Favors high pressured New Hope’s back line and played so well off of each other,” UM coach Lisa Benvenuto said. “That is how our goal developed. We had a solid build up the ball was out into the box, and Kyra got a good shot on goal that rebounded out to Brooke who finished.”

Abington 2, Quakertown 1 >> Abington scored twice in the final four minutes of the SOL Liberty contest to edge Quakertown for a second straight win.

North Penn 1, Central Bucks East 0 >> Hunter Stites scored 30 second into the match and North Penn made the goal hold up as the Knights secured at least a share of the SOL Colonial Division title with their third win in a row.

North Penn (13-4-0, 12-3-0) has now claimed six straight SOL titles and can take the division outright with win or draw when it hosts Souderton 2 p.m. Saturday. The Knights and Pennridge are currently tied atop the Colonial standings at 36 points.

Goalie Braden Churches made 13 saves for Dock Mennonite (9-4-4), which went to OT for the sixth time this season. HGP keeper Timothy Devine had two saves.

Maia Dechiario and Annie Shaw each had a goal for the Hurricanes.

Jenkintown 3, Plumstead Christian 0 >> Jenkintown went on the road and picked up a BAL shutout victory.