The Reporter/Times Herald/Montgomery Media Local Roundup (Oct. 15): Shaw, Souderton too much for NP 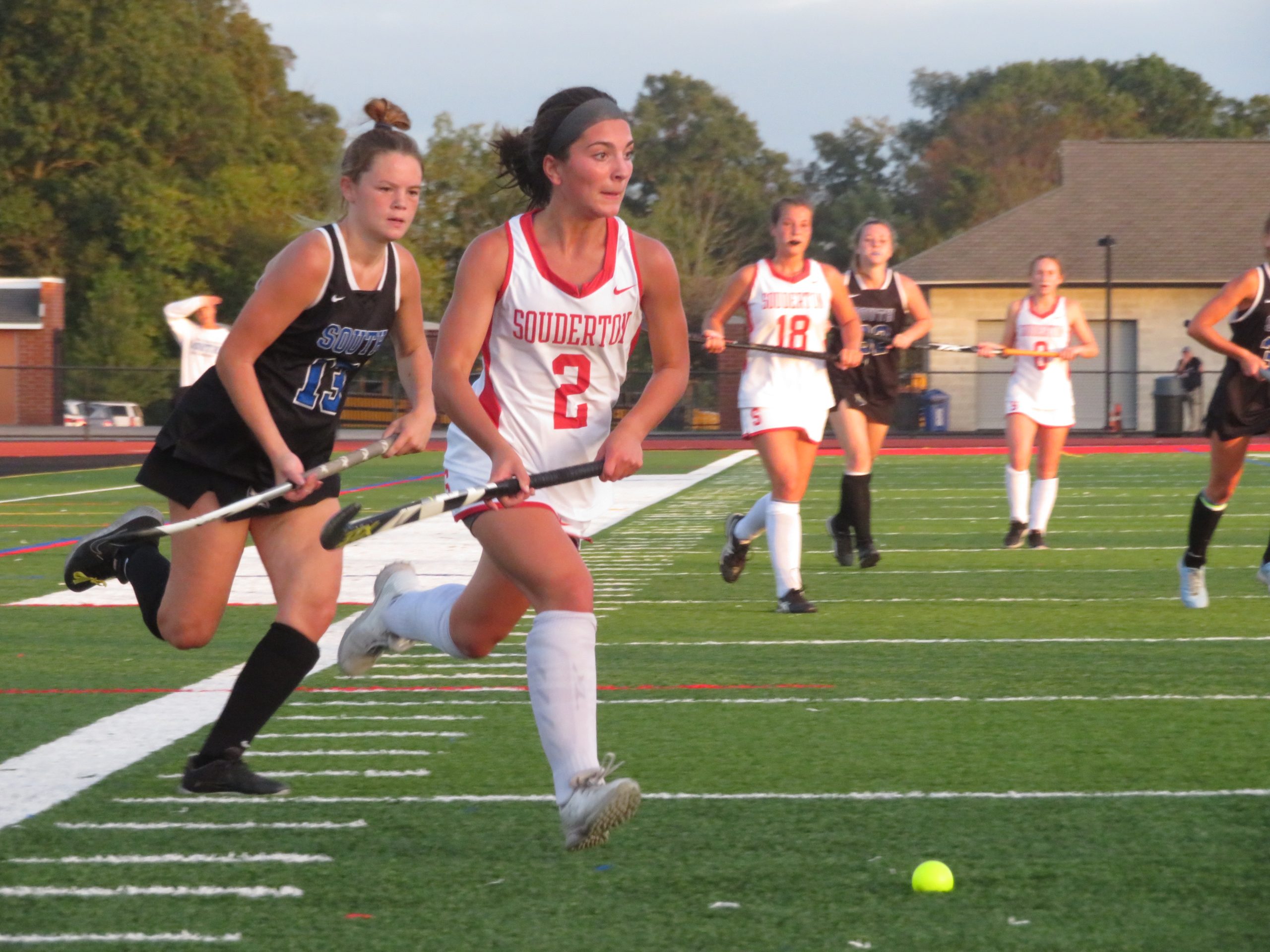 Archbishop Carroll 3, Haverford 2 >> Sienna Golden scored two goals and Shannon Wood added one as the Patriots picked up the win on Friday. Reilly McMenamin was solid in goal with 13 saves for Archbishop Carroll (11-4).

Phoenixville 7, Dock Mennonite 1 >> The Pioneers lost the Play for the Cure Game on Friday to the Phantoms. Sadie Bend scored the lone goal for Dock (11-4), while Haley Harper made eight saves in net.

Springfield Montco 4, Upper Moreland 0 >> Anna Jablokov scored two goals in the firt quarter as the Spartans picked up the win on Friday. Annie Coll and Emma Yoder also scored for Springfield with assists from Stella Nelson and Norah Conlin.

Perkiomen Valley 7, Norristown 0 >> Kikie Rotay tallied a hat trick as the Vikings picked up the win on Friday over the Eagles.

Methacton 1, Spring-Ford 0 >> Aubrey Beaugard slipped in a pass from Kirsten O’Brien as the Warriors pulled out the win on Friday. The goal was Beaugard’s 10th of the season, the first Warrior to reach double digits since 2010. Mari Smith made six saves for the Warriors, including an upper 90 save to preserve the lead in the second half.

Hatboro-Horsham 2, Abington 1 >> Carley Slavin scored the lone goal of the game for the Ghosts on Friday in defeat on Friday.

All coaches are encouraged to report all scores to sports@thereporteronline.com.