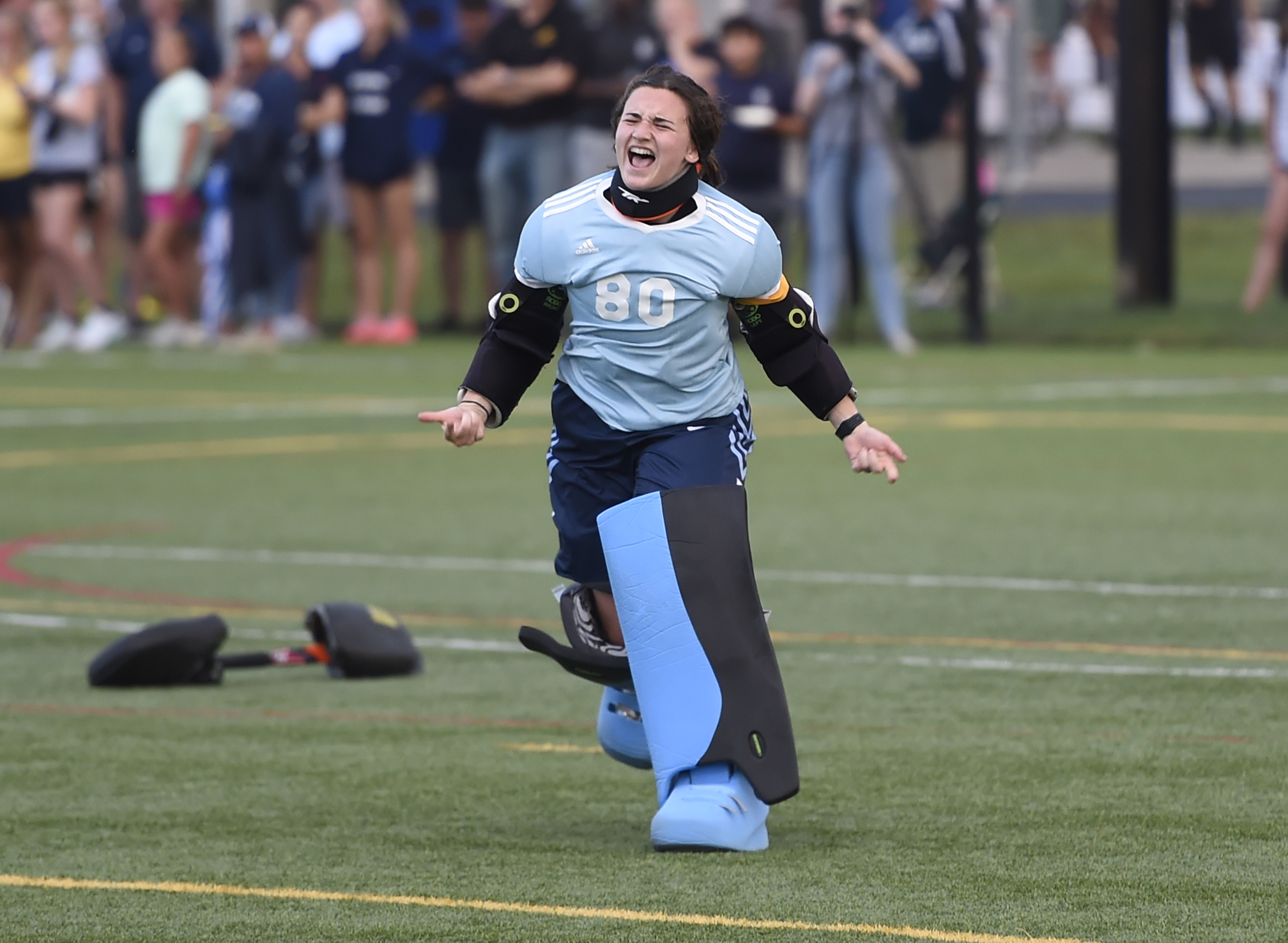 POTTSTOWN >> There will be other marquee games on both teams’ schedules throughout the season — games that might come with larger ramifications and rewards.

But there was no denying Friday’s field hockey contest between Episcopal Academy and Hill School was a big one.

The nationally-ranked showdown featured at least 12 players already committed to Division I colleges and pitted against each other the two most recent teams to play for the Pennsylvania Independent Schools Athletic Association.

In a rematch of the 2019 PAISAA state championship, Episcopal Academy, ranked No. 1 in the nation by Max Field Hockey, took down No. 6 Hill School, 3-0.

“It has some past to it too because we played them in the (PAISAA) championship two years ago and this is the first time we’ve seen them since then with a new team basically,” said EA 2022 Ashley Sessa, a University of North Carolina recruit. “They’re a great team, it was very difficult. I love playing against them because it gives us a really hard challenge.”

Sessa and 2022 Mia Garber (Boston College) both scored a goal and added an assist for EA, and classmate Macy Szukics (Duke) chipped in another score.

The score indicates a one-sided contest, but HIll was the main aggressor throughout, earning 12 corners compared to four for EA.

2023 Maggie Kondrath (Duke) and 2023 Riley Savage were two of the main catalysts for Hill on offense Friday as Rease Coleman (Cornell) led the defensive effort.

“We outcornerd them, we outshot them,” Hill coach Jen Weissbach said. “I’m incredibly proud of the effort we put forth today. It’s going to be a learning moment for us and I’m confident that we’ll see them again.”

Following a first-quarter dominated by Hill, Sessa began to put pressure on the Rams in the second, when EA earned three of its corner attempts. Silverstein came to the rescue for Hill on two of them.

Hill earned six corners in the third but never found the net, and EA took advantage when Sessa found Garber for a tip-in in front of the goal to put the Churchwomen ahead 1-0 with 1:55 left in the third.

Sessa added another herself around the nine-minute mark in the fourth, and Garber pulled off a nifty pass to Szukics in front of the net to put the contest out of reach with under three to go.

“Just quick counterattacks, catching them off guard and finding each other, getting through,” Sessa said were the keys to EA’s breakthroughs. “Those in-and-out passes are key to us. And definitely staying composed on defense. It could be a very stressful situation, but when we keep our composure we’re a great team and we can stop the ball.”

Following the showdown with Hill, EA will play its first Inter-Ac game of the season Tuesday when it faces Germantown Academy.

The Rams don’t play next until Sept. 24 when they begin the Max Field Hockey Invitational where they will face two more nationally ranked opponents — No. 17 Garrison Forest School and No. 8 Kinkaid School.

“I’m proud of the schedule we built,” Weissbach said. “We have the most competitive schedule in the country, hands down. We play four of the the Top 10 teams in the country — us being one of them. I’m proud of this team, the effort we put forward. We don’t circle one game any more than other games. Every game is huge because that’s how we built it.”

Big-Game Environment  >> As other contests around the complex concluded, students and other fans from both sides filtered toward the field-hockey contest. The lively crowd provided an added intensity to the nationally-ranked contest. “It’s great to have people against us because that just fuels us up,” Sessa said.