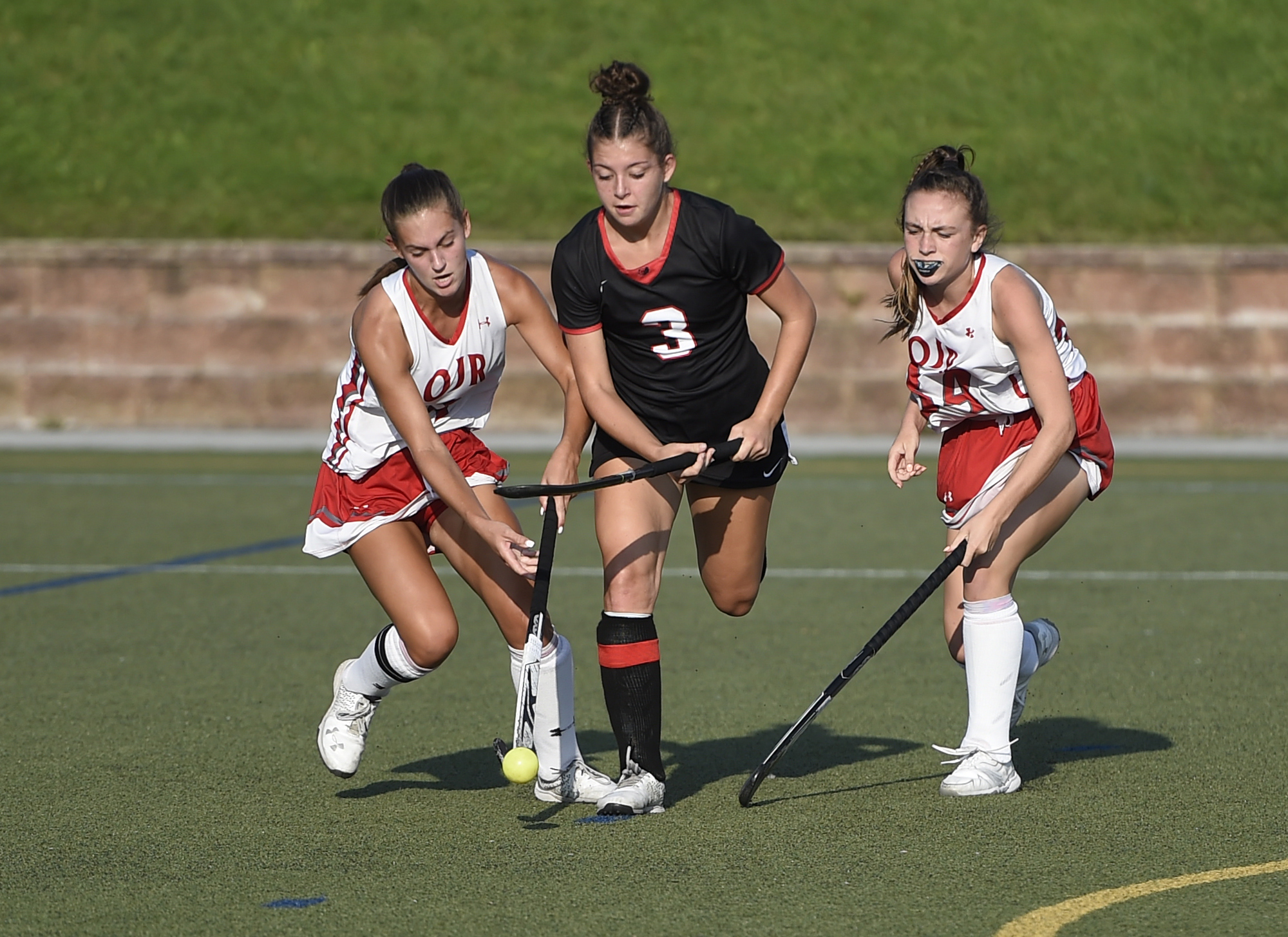 BUCKTOWN >> There was no determined winner Wednesday at Owen J. Roberts, though one side had little bit more to celebrate in the early season draw.

The Wildcats and visiting Boyertown ended their Pioneer Athletic Conference Liberty Division opener in a 1-1 overtime tie, which ended a nine-game losing skid for the Bears against OJR dating back to 2016.

For a Boyertown program hoping to assert itself with the rest of the teams at the top of the division, it was a noticeable step in the right direction.

“It’s really big for us,” Boyertown senior Alyx Morgan said. “In the past we weren’t so hot with it, and this year we have a really strong team. We just really wanted to go out here and prove ourselves and prove that we’ve improved so much throughout the preseason.”

The Wildcats struck first in Wednesday’s contest when Rylee Laloup put OJR on the board with a minute left in the second quarter to give the Wildcats a 1-0 lead.

Bears’ goalie Sarah Yoder saved another OJR chance midway through the third period. The stop prevented a two-goal deficit for Bears and allowed Morgan to even the game 1-1 shortly after when she scored off an assist from Katelyn Dulin at the 5:55 mark in the third.

OJR totaled 10 corner tries in the game, including three in the final few minutes of the third. Boyertown had eight of its own. But both defenses held strong the remainder of regulation and 10-minute overtime period to prevent a differential on the scoreboard.

“I think we had a lot of chances on goal, we just need to work on finishing,” Laloup said. “We had just switched our formation the other day, so I think once we get used to it, it will start to flow better and the goals will just come with it.”

OJR goalie Amelia Erb and Yoder both came up with a pair of clutch saves. Boyertown midfielder Jasmine Fink in particular sprinted back to stop multiple OJR fast breaks in the overtime period to help keep the Bears level.

“Our defense is amazing,” Morgan said. “They helped us a lot and they went to the ball great today.”

The Wildcats finished fourth in the Pioneer Athletic Conference last season with a 7-5 mark. OJR’s streak of six straight league championship game appearances was snapped as there was no PAC Final Four during last year’s COVID-19 impacted season.

The Wildcats have graduated a handful of Division I players over the past two seasons — most recently first team all-state and all-area selection Raina Smolij, who is now at Villanova University.

“We did lose a lot of players last year, so it’s been a struggle to get back into it and we have a completely different team basically,” Laloup said. “We have a lot of younger players on the team, but a lot of potential too. Some of our younger players are stepping up and they’re scoring some pretty crazy goals in practice too.”

Boyertown (4-8) placed fifth in last year’s seven-team conference ahead of Spring-Ford and Pottsgrove. The campaign included the Bears’ first win over PV since 2017.

They plan to string together more of those wins against the top teams in the PAC together this season on the way to earning a spot in the District 1 playoffs — something the senior class has yet to experience.

“The core of us are all seniors this year,” Morgan said. “I really feel like we’re just really used to playing with each other and getting along and using each other as a whole.

“We want to make it to districts. We haven’t made it all three years I’ve been playing, so that’s our main goal. We want to just play as a team and do really well.”

If the Bears can take a leap this season, it will add even more excitement to a Liberty Division that hasn’t had much separating its top teams in recent years.