A close look at the area’s 2021 field hockey squads 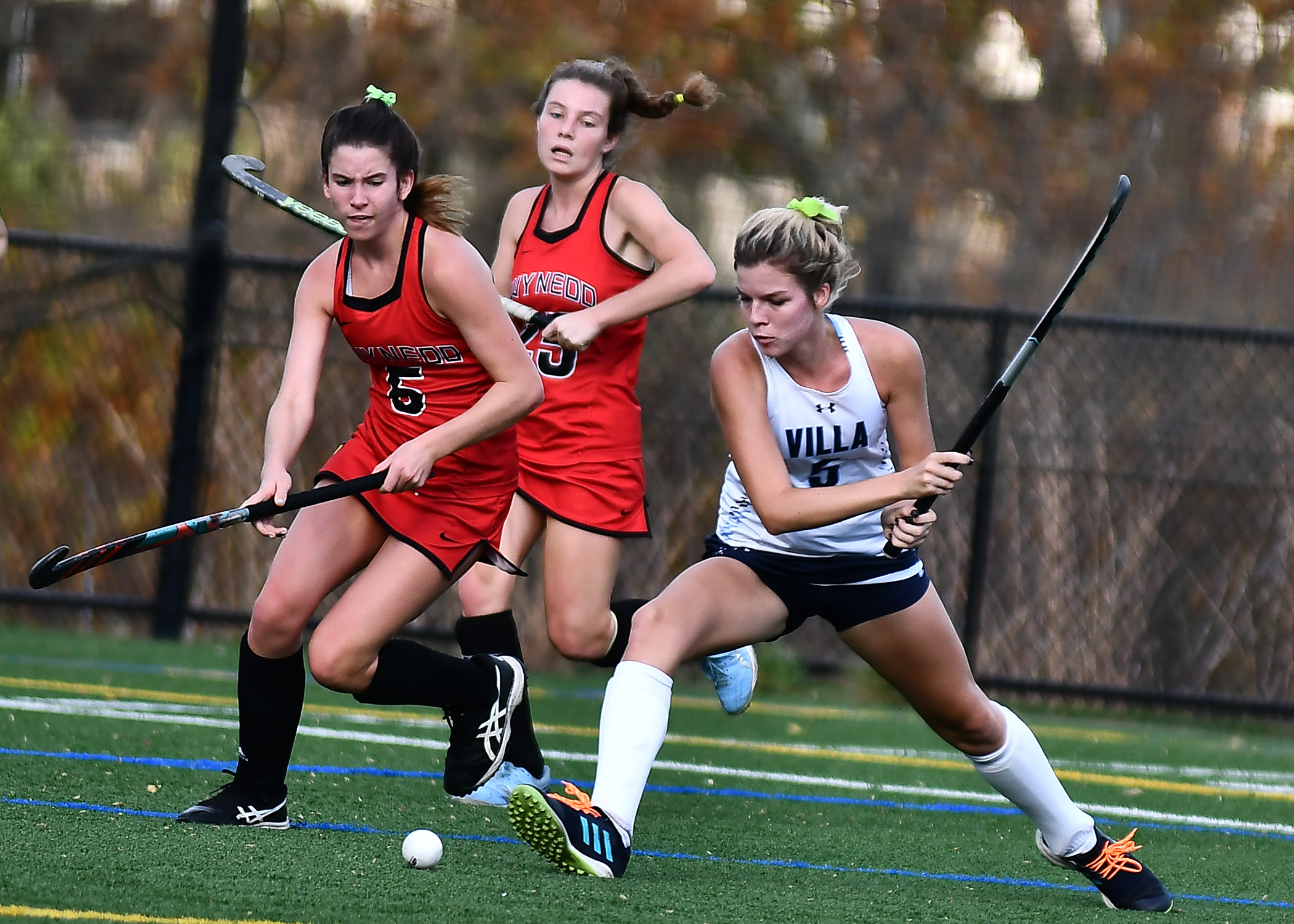 With the 2021 high school field hockey season upon us, here’s a team-by-team preview. (Note: By press time, no information was provided for the West Chester Rustin Golden Knights, despite multiple attempts.)

Madison Britton is one of our key players who can truly play anywhere on the field, but holds our middle together distributing the ball so well and is a force on our offensive line. Britton received honorable mention her freshman year and was named to second team All-Ches-Mont her sophomore year. We are looking forward to what her versatile skills will bring us this season.

Elizabeth Landon is a role player for us in our back field helping us calm the chaos, organizing our press, and her distributing skills. Lizzie is our go to for stepping up in our defensive circle. We look forward to her leadership in the back this season.

With having 11 seniors graduate from our program last year we are looking forward to a lot of new faces, new skill sets, and intensity this season. Our league is great competition, and we look forward to outside league competition as well.

Coach’s Comments: We have a very young and talented team with a bright season/future ahead. As each week passes we will only continue to get stronger and build chemistry on the field.

We are looking forward to a great season.  We have a strong returning base who are hungry for wins.

Coach’s comments: Kate Galica has been the Central League leading scorer the last two years and brings experience to the forward line. Lily Jamisonis, a sparky midfielder committed to play at Georgetown.  Lily Wolfe has been a three-year starter at defense, and is committed to Quinnipiac.

Conestoga has depth and strength in all areas of the field-. We have some freshmen who will make an immediate impact.  We look forward to being league champion contenders again as well as make a good run in districts/states.

Coach’s Comments: Lauren Sieczkowski is a strong attacking and commanding presence on the field, and a Ursinus College commit. Rylee Dennis is aggressive, with a very high field hockey IQ and great distribution ability.

Coach’s comments: We are looking forward to a full and competitive season. With nine returning starters, and some newcomers that should be able to step up and have an immediate impact this season. We start with a tough game against Conestoga, and we are all excited and ready to get going.

Coach’s comments: Kennedy Graham, a captain this season, is committed to LaSalle-Kennedy, and has been a key piece of our defense. Ella Winters was the leading scorer for the team last year. Nadia Nemethled team in assists and was our second highest scorer last year. Eva Nemeth controls the midfield, has great stick work, and was second in assists last year.

We are excited that we have a core group of talented players returning this year and can build on last year’s momentum.

Coach’s comments: Vivian Chiomento, our only senior returner is out for the season after having reconstructive ACL surgery over the summer. Kaitlyn Stolp, a varsity player since freshman year, and a verbal commitment to JMU, is a well-rounded player. She will be a great asset both offensively and defensively, she has great vision and strong transition skills. Jordyn MacMillan, is a third- year varsity starter, is moving from a midfielder with 2 goals and 3 assists to an attacking forward this season. Maddi Sears, starting in the cage since freshman year, will lead our defense with her experience and her superior speed and agility. Whitney Walker is fast with great ball handling skills and scoring technique.

Our program’s success has been progressively building year after year, I expect to see more growth again this season. We are extremely excited to have the opportunity to play a full schedule this season.

This is a rebuilding year, but an exciting year for the Hornets. Graduated seven starting seniors, but the younger group is filling in nicely with their talents. A strong younger group but means great things for the Hornets future years. Look forward to a normal season that all the teams deserve.

Coach’s comments: We have a strong returning defensive unit led by seniors Kayla Peakes and Katie Dettore. We expect to see some great turnovers in our midfield by returning players Ellie Almeida, Liv Rizzi and Brooke Phillips. That midfield unit will be feeding our forward line which features returning junior Molly Main along with senior and All-Chesmont selection Zenna Mariani.

We are thrilled to be playing a full season after such a challenging 2020 season.

Coach’s comments: Lauren Files, Caitlin Files and Callen Todd aren’t true newcomers, but are ready and excited to take on bigger roles this year for our team. Looking forward to testing our seasoned team which is led by a very talented Senior Class. Maia is a strong, aggressive defender who will be key in our backfield. Caroline is a midfielder with amazing hands, vision, and versatility. Lindsey is talented and an unselfish playmaker who has exceptional skills. Annie is a forward with a knack for finding the back of the goal, especially in big games. Ryan is a solid midi who is strong on both sides of the ball. Gia is a player who can distribute the ball beautifully, and always gives 100-percent. Brynna is versatile and confident, and her game has really grown over the past year.

This season should be a strong one for us (knock on wood). We have a lot of talent in our returning players and the group seems to work very well together on the field all the while, having a strong bond off of the field, too.

Hilary Hoffman is a dynamic forward that has high levels of speed and endurance. She will be an active member of our main line of attack.  Lauren Fulling is a leader for our team who shows the most consistency on the team. Her speed on the right side will help our team tremendously. Overall Lauren is one of our more athletic players who really understand the game.

This season is a fresh start with a new look. Five starting positions have become open and players have been working extremely hard all pre-season to earn one of these spots. The senior class is ready to lead their team to a competitive season. The Junior class has some key varsity starters that are returning and know what it takes to have their team play at the next level. The sophomore class is ready to push the upper class to stay focused during practice and give them a clear goal each day. The freshman class is extremely athletic and large in numbers. Overall this team works every day as a unit and is willing to do whatever it takes to be successful on-field and in the classroom.