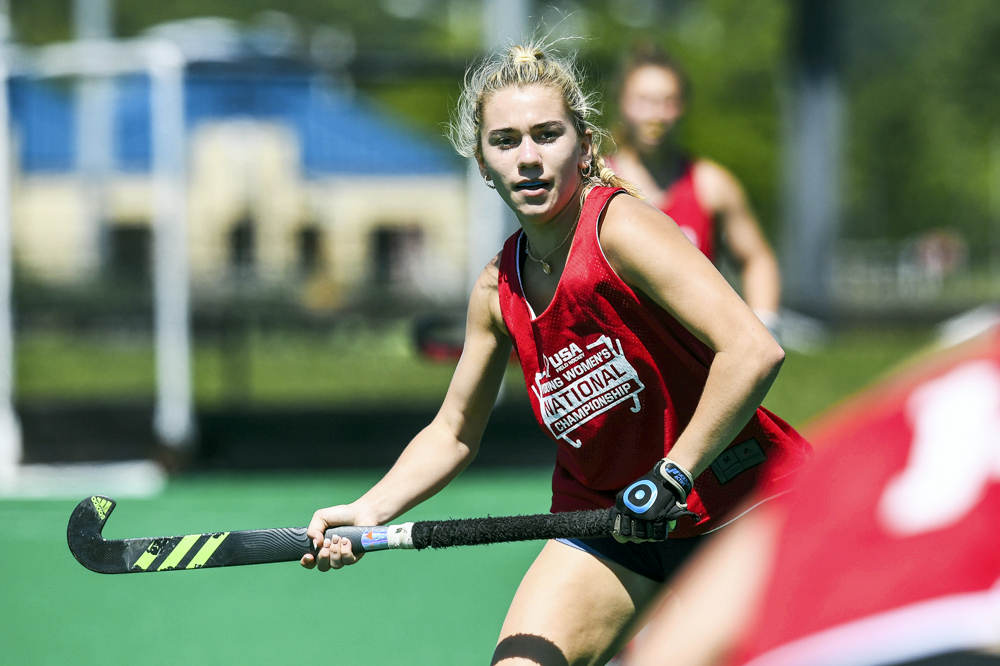 Ashley Sessa was nine years old when she attended a United States Women’s National Team game for the first time.

After watching the U.S. field hockey squad take on Argentina at the Spooky Nook Sports Complex in Lancaster, Sessa go the chance to meet one of her idols postgame.

Her ambitions in the sport took shape that day.

“I remember when I met Katie O’Donnell, now Katie Bam. She was my favorite player,” said the now 17-year-old Sessa, a Schwenksville native. “She was fast, aggressive and fun size — I like to say — like me. I wanted to do what she was doing. On my way home from the game I told my mom, ‘That’s what I want. I want to be on that team.’ And that’s been my goal ever since.”

Sessa’s goal was achieved Tuesday, a day before her 17th birthday, when she was announced as one of 36 members of the U.S. Women’s National Team for the first time.

The former Spring-Ford Ram who will be a senior at Episcopal Academy this fall is the youngest player on the national team roster.

“It is a great honor making the national team,” Sessa said. “There are so many really talented players in the sport and to be selected to represent the United States it is a dream come true for me. I really look forward to starting training with the team.”

Sessa is no stranger to the international stage. She was called up to the U.S. Indoor National team during her freshman year at Spring-Ford when she was just 14.

On Thursday, USA Field Hockey announced Sessa will also play for the U-22 Junior Pan American selection squad. The to-be-named-later traveling team that will compete in Santiago, Chile from Aug. 16-29.

“I played with her for the past three years or so,” said Sessa’s Pan Am teammate Ali (McEvoy) Campbell, a 2010 Boyertown grad who spent several stints on the USWNT starting in 2013. “She’s incredible. On the ball, off the ball she’s always available. I love playing with her little fiery spirit.”

Sessa’s path to the USWNT hit a marquee stop last week in Virginia Beach, Va. when she and many of the country’s other top field hockey players played at the Young Women’s National Championship.

The event serves as the initial selection opportunity for both the women’s Junior High Performance teams and senior U.S. Women’s National Team.

Sessa was given the event’s ‘Emerging Player’ award as the best young player.

“It was such a great experience,” Sessa said. “At first the speed of the game was a lot faster than I was used to, but after the first quarter I settled into it. I was really lucky to be on such a talented team. They made me feel really comfortable, and we had a great time.”

With the selection process behind her, Sessa is ready to help the United States win some games.

“I always have a little bit of nerves before a selection tournament, but once the game starts they always go away,” Sessa said. “I just focus on playing my game and having a great time. I do think playing at my club, the WC Eagles, has really helped me to learn how to play through many different circumstances.

“My coaches put a lot of focus on teaching us how to play through nerves, being tired, and many other situations. This training has really helped me stay focused and calm when I play.”