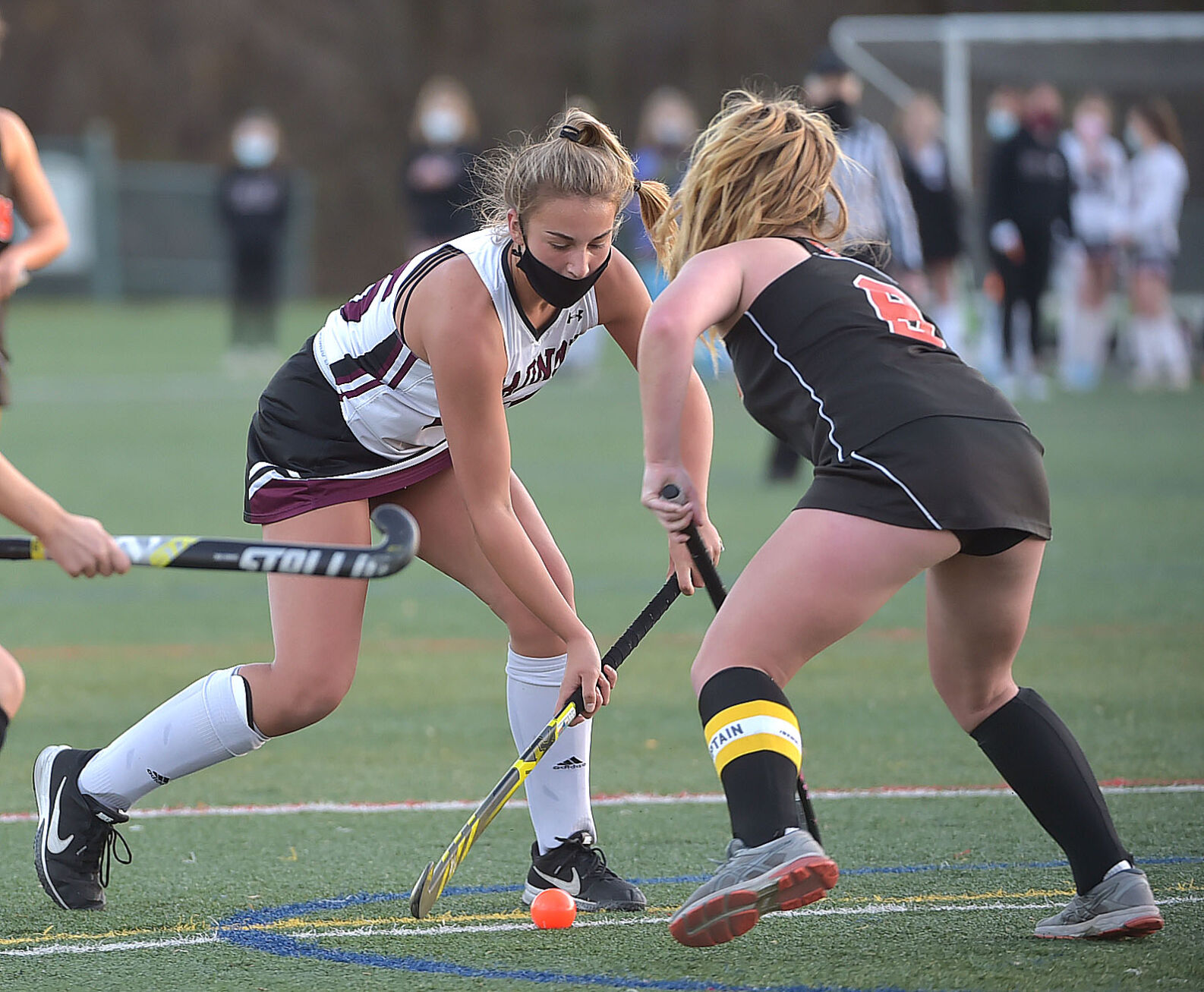 RADNOR — By her recollection, the most goals Cierra Hopson had ever scored in a field hockey game was two.

That was before Monday.

With her father, Mike, and grandfather, George, looking on, the senior forward had the game of her life in the quarterfinal round of the Central League tournament. Hopson found the back of the cage four times to power Radnor to a 7-2 triumph over Marple Newtown at Encke Field.

“I’ve never scored that many,” Hopson said. “Not even close.”

Hopson’s performance wasn’t a surprise. Third-seeded Radnor has been on an offensive tear lately, putting up 26 goals in its last three game while surrendering just the two goals the Tigers scored.

“I think today we knew it could have been our last game so we stepped it up,” Hopson said.

There’s more to it than that, especially in a season as disjointed at this one due to COVID-19. First, the Central League planned to move all fall sports to the spring. Then, like many other leagues, it decided to reverse course and play an abbreviated season with a league playoff instead of participating in the district and PIAA tournaments.

Practice didn’t begin until Sept. 29 and the first game was Oct. 17. That’s usually when the regular-season is wrapping up, not starting.

“We’ve finally it our stride,” Radnor coach Katie Maguire said. “It takes a little while to click and we’re finally able to do that. The girls do a really good job of cheering each other on and hyping each other up and that’s super important. Today they did a much better job of that.”

Hopson and fellow senior Madison Milhous were on the same page. The pair teamed up for two goals less than four minutes apart to give Radnor a 2-0 lead after one quarter. After junior midfielder Hope Delaney tallied an unassisted goal, Hopson and Milhous connected again to give Radnor a 4-1 advantage at halftime.

“I think we had one of our best games today,” Delaney added. “We really worked together and communicated a lot more than we usually do. After the first quarter we talked about how we had to stay strong.”

Radnor kept the heat on the Tigers. Hopson put home a pass from senior Sheila Esgro less than five minutes into the third period, and Delany tallied an unassisted goal to make it 6-1. Gracie Bookbinder closed out the scoring for Radnor off an assist from Grace Purcell.

“It’s a playoff win,” Maguire said. “The girls knew that they were one-and-done and they came out swinging.”

And so did the Tigers (6-4). Marple Newtown put up a fight despite being down 3-0 and 6-1. Kylie Gioia got MN on the board with an assist from Liv Ebersole, and Ebersole and Kaley Musi teamed up on the second goal.

“I’m so proud of them,” said first-year Marple Newtown coach Sarah Krause. “They didn’t quit. They hung in there and kept fighting. It’s been a great season for us. We had a winning record and we won a playoff game and that’s something we didn’t get to do last year.”

Radnor, meanwhile, moves on to the semifinals for a rematch with second-seeded Garnet Valley Wednesday at Moe DeFrank Stadium at 5:30 p.m. The Jaguars knocked off Harriton, 9-1, to get to the semis. GV pinned a 6-2 loss on Radnor on Nov. 11.

“They definitely want another piece of ‘Stoga and Garnet and this is a step in getting there,” Maguire said.

In other quarterfinal action:

Garnet Valley 9, Harriton 1 >> Nicolette Saccomandi and Maryrose Berry were the offensive standouts for the Jaguars.

Saccomandi scored three times and handed out one assist as Garnet Valley opened up a 7-0 halftime lead. Berry also recorded a hat trick.

Riley Gallagher pitched in with two goals. Theresa Ricci tallied once and Tina Rawa had a pair of assists. Megan Finnegan (one save) and Maura Greek (three saves) handled the goalkeeping duties.

Ashton Odiorne scored in the third quarter for Harriton.