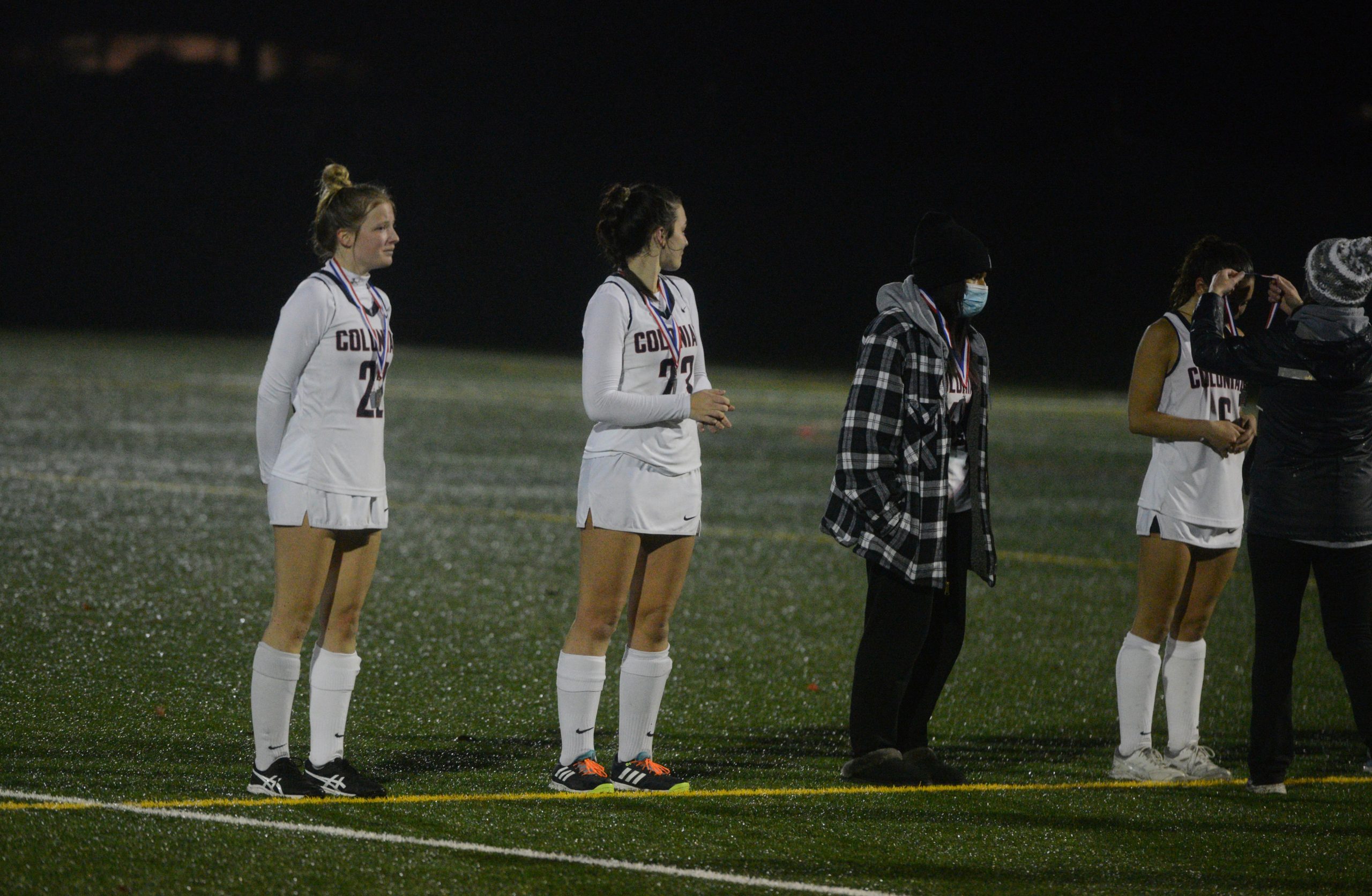 “It’s really upsetting,” PW senior Ava Borkowski said, “but at least we walked off the field knowing we played our best, we did everything we could. It was an unlucky outcome, but I think we played such a strong game and we played together as a team. We didn’t come out on top, but at least the whole team ended it on a great game.”

The game’s lone goal came 4:15 into the extra session. After East goalie Emily Bullard made a pair of impressive saves, the fifth-seeded Patriots quickly got the ball out of their zone. Sophia Parker received the outlet pass and was off to the races, sprinting past the last PW defenders for a breakaway. She worked her way around a drawn-out PW goalie Sarah Trask and sent the ball into an empty cage.

“They transferred the ball up the field and we couldn’t get back in time to save it,” Borkowski said.

It took more than 64 minutes for either side to separate from the other. Both CB East and Plymouth Whitemarsh generated scoring opportunities. East earned 10 penalty corners while PW had their best chances on counter attacks.

“This was a hard-fought game,” PW coach Charise Halteman said. “That’s what you want a district championship game to look like. Obviously it stinks to be on the losing end of that, but I thought our kids put up a good fight, they played well. I think the statistics probably favored CB East, but I thought there were moments of great play by both teams. It was really competitive.”

The third-seeded Colonials have struggled with scoring this postseason. After averaging seven goals per game during the regular season, they tallied five goals in four postseason games.

“We didn’t have that big a variety of shots,” Borkowski said. “We tried going reverse – we weren’t getting the shot off quick enough or we weren’t getting calls. (CB East) held us to one corner, which we’ve never seen that before I don’t think. That definitely messed with us a little bit – not being able to take that break or get those opportunities. When we got it in the circle we tried to hit it in but they were crowding the circle and we couldn’t get it through.”

Borkowski, PW’s all-time leading goal scorer, was held without a goal in the playoffs. She contributed to the offense throughout the postseason – drawing defenders, earning penalty corners, assisting Hailey Copestick’s game-winning goal in the quarterfinals against Kennett and helping earn a penalty stroke in the semifinals against Methacton – but wasn’t able to find the back of the cage.

“We’ve had the shortened season so we couldn’t get our out-of-league games that are usually good practice for me because they’re stronger teams than in our league,” Borkowski said. “Adjusting from playing in our little conference to going straight to playoffs was a pretty hard adjustment. In our league, I wasn’t used to having three girls on me at the same time and during every single game. It left me open for good passing opportunities and getting our other forwards and midfields open. Kaleigh (Missimer) and Hailey Copestick executed on really good goals in the postseason.”

The Colonials are proud of what they accomplished in 2020. They went a perfect 10-0 in the regular season to win the Suburban One League Liberty Division championship and won three playoff games to reach the district championship for a second straight season.

“Overall a really good season,” Halteman said, noting that being able to have a season was most important. “We got to play in our league – we played everybody twice. It was really fun here to have a stretch of new competition every time. To extend our season and get to this point was fun. There are a lot of teams that only played a small handful of games and we got to put together a good season. If it had been any other season we’d be heading to states. It’s the nature of how this worked out.”