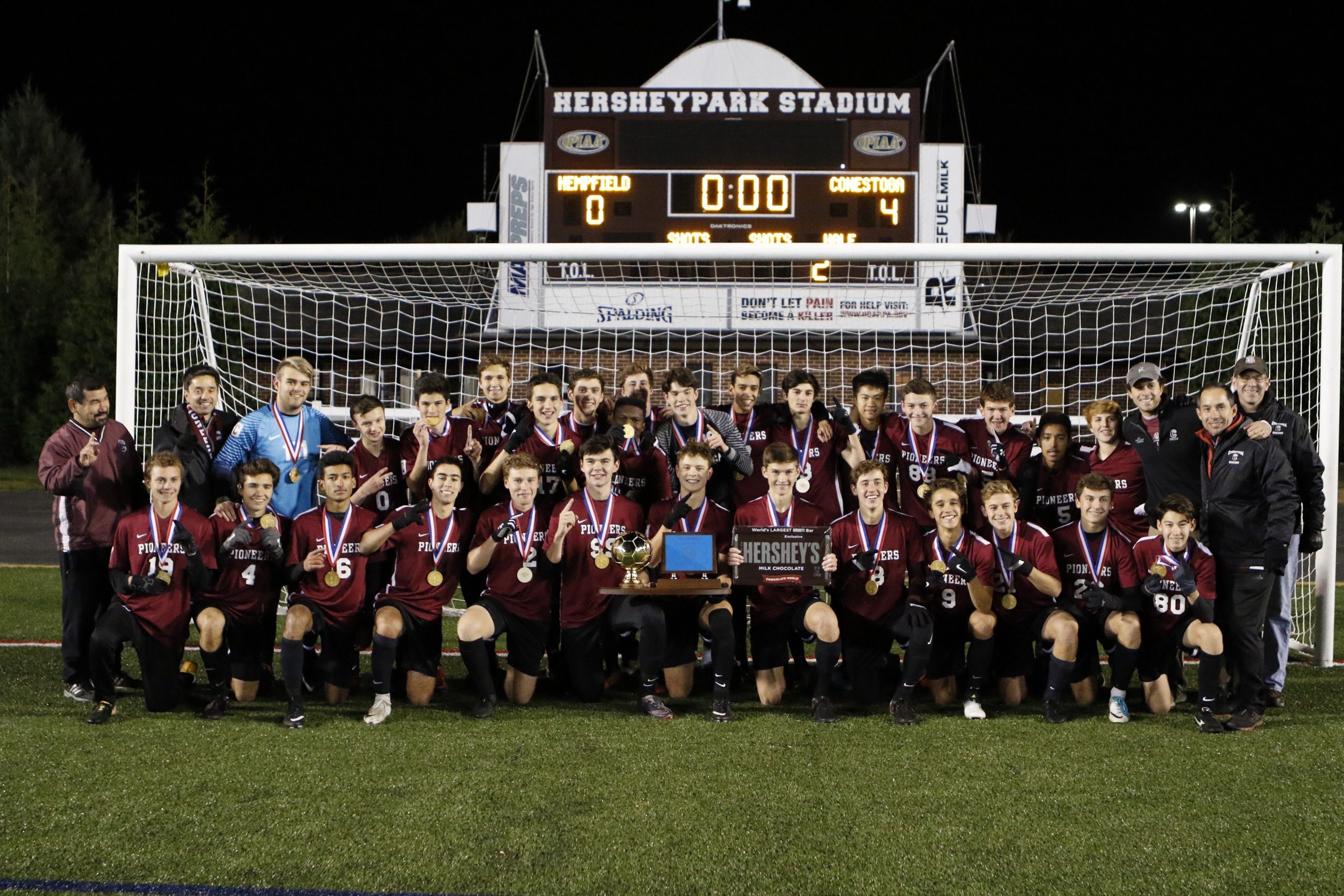 It’s not like District 1 tournaments in boys’ soccer, girls’ soccer, field hockey and volleyball aren’t usually ultra-competitive, but things are even more uncertain in 2020 due to an abridged regular season played in the midst of a global pandemic.

This environment is further complicated because some quality teams are opting out of the postseason, and other elite programs – like unbeaten Conestoga boys soccer – didn’t even make the postseason field due to limitations of the power ranking system, which determines the field and seeding. In addition, District 1 has stuck to rather inflexible regular season and postseason scheduling at a time where flexibility is seemingly required.

And if all of that wasn’t chaotic enough, the District 1 website crashed late Wednesday, which prevented some teams from logging in their scores, which in turn delayed the final playoff brackets from being released until late afternoon on Thursday.

“This year is going to be challenging because the rankings can only tell us so much because of everybody’s abbreviated schedules,” said Unionville volleyball coach Stephanie Smith.

The situation at Conestoga is particularly bizarre. The Pioneers girls’ soccer program advanced to the state title game a year ago, and at 4-1-1 would have made the district 4A bracket easily. But the Central League decided to opt out of districts in order to finish the regular season and then hold a league tournament.

And that brings us to the ’Stoga boys, who have been a state powerhouse for most of head coach Dave Zimmerman’s 19-year reign. The Pioneers went a perfect 6-0 in a shortened regular season, outscored its opponents 28-3 and notched three shutouts. And yet the squad is going to finish outside the top 16 in the district power rankings.

“It really is astonishing to me because we have an extremely good squad,” Zimmerman said. “So we are undefeated and out of the playoffs.”

It is astonishing, but also puzzling. That’s because in late September, Pa. Prep Live reported that the Central League was choosing not to participate in postseason play in any sports. The ’Stoga boys program obviously changed its mind.

“I never even considered Conestoga in the mix because the Central League said they weren’t going to the playoffs, but then all of the sudden their scores started popping up,” said West Chester East coach Charlie Dodds.

“That makes it more wide open. I think Conestoga and (fellow Central League foe) Lower Merion would have probably have been two of the top teams coming from this area.

“It’s a shame for the kids. I feel bad for both of those teams.”

According to Zimmerman, the Pioneers were victims of the shortened season, and limited because the Central League – like the Ches-Mont league – declined to schedule any out of conference contests.

“The rating system relies heavily on your opponent’s record,” he explained. “The problem we have is that we just had a very small sample size. The idea is that the larger the sample size, you’re going to get a better representation of who the better teams are.

“It just so happened we played teams that either weren’t very good and lost a lot of games, or they played the difficult part of their schedule and would have won games down the road.

“And we weren’t allowed to schedule any games outside of our league. That’s what most leagues agreed to. But if you notice, teams started to play out of their leagues at the end.”

As an example, Zimmerman pointed out that Suburban One’s Souderton scheduled a late, non-conference match against Archbishop Carroll, won the game and vaulted to No. 13.

“To me, I’m calling shenanigans on that,” he said. “That is not in the spirit of what you are supposed to be doing.”

Conestoga asked the District 1 Boys Soccer Committee to extend the regular season by one day so that the sample size could be expanded, but the request was declined. The district previously extended the regular season deadline from Oct. 24 to Oct. 28.

“What is disappointing is that District 1 is so inflexible,” Zimmerman said. “If there was any year to be flexible, this was the year.

“I don’t understand why they couldn’t have backed (the regular season) up a day. Under normal circumstances, they have the seeding meeting and turn it around in 48 hours and start playing. Now they have five or six days until (district play) starts. Why not extend the regular season?”

There have been some impromptu late adjustments in previous years, Zimmerman argues.

“The first year we used the rating system six or seven years ago, the morning of the first round of the playoffs, they changed the entire system of how they calculated the ratings and postponed all the playoff games that day,” he recalled. “And that was a cataclysmic change, so it’s not like they haven’t been willing to make some late changes.”

“One advantage we have in the Ches-Mont is that our kids are battle tested because the league has been so competitive,” Dodds pointed out. “We’ve all been in tight games, and because it was a shortened season, every game was like a playoff game.”

Downingtown East is the top seed in the girls’ 4A soccer bracket. The Cougars are 8-0 and have been real good in close, defensive battles. But injuries have been an issue, including a leg problem for senior captain Bridget Riley.

“We are very fortunate to come out of the Ches-Mont undefeated and untied,” Downingtown East coach Jason Luzak said. “The most we won by is just three goals, so we didn’t blow anybody out.”

“The thing that will help us is keeping a level head and being ready to take on anybody,” said Unionville’s Smith. “You can’t go in overconfident because the rankings could be misleading.”

Chester County also boasts the top two 3A and 2A seeds in the field hockey brackets with Downingtown West and Villa Maria, respectively. The Whippets are 8-0, and the Hurricanes are 7-0.